O.J. Simpson is free, walks out of prison after 9 years 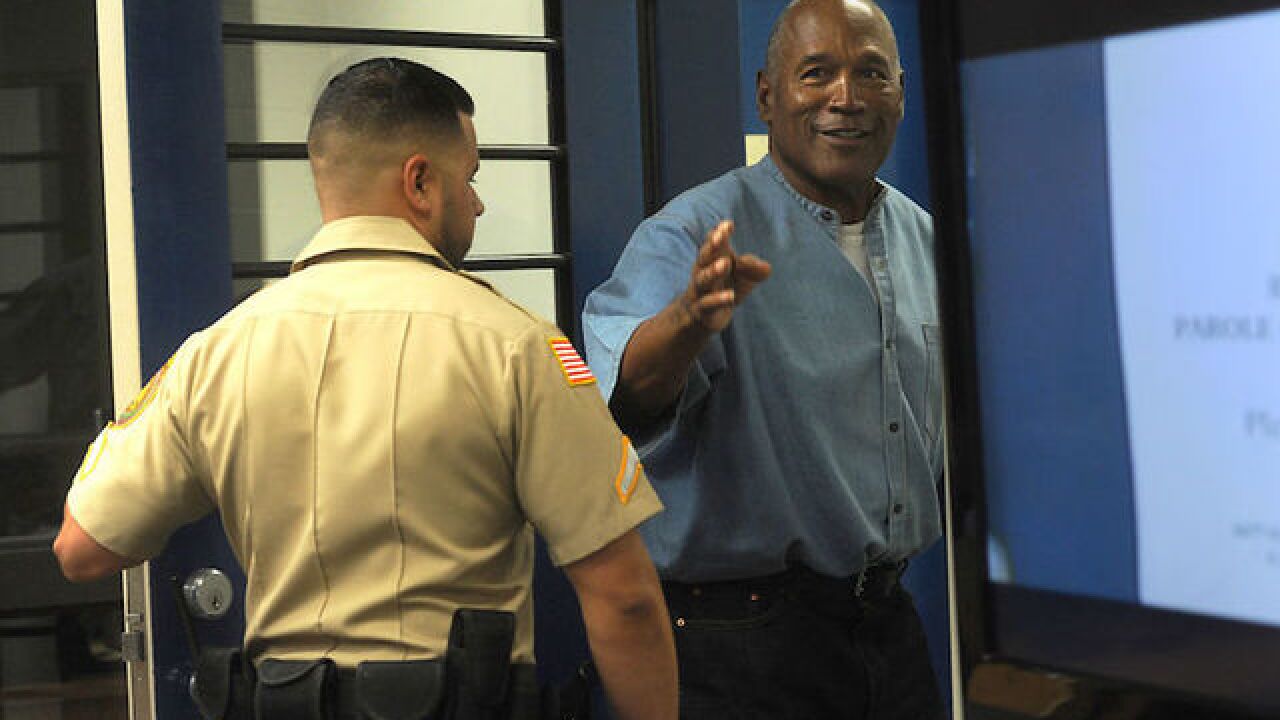 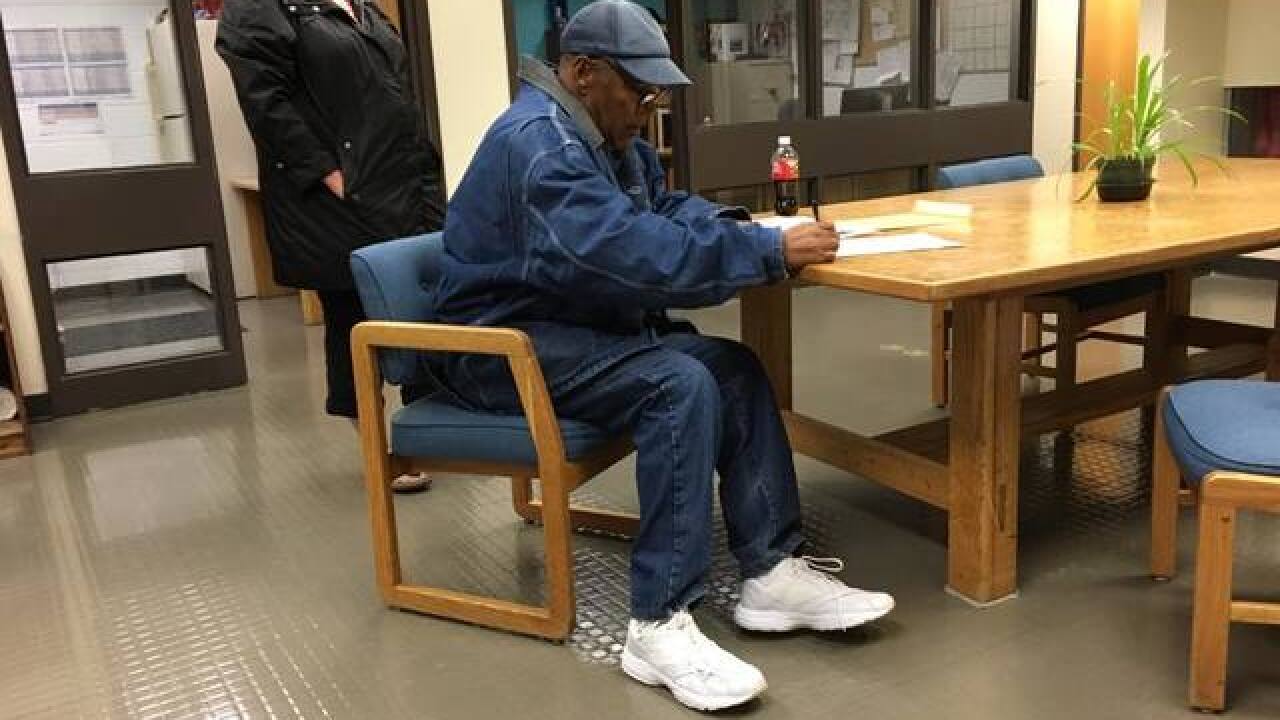 O.J. Simpson walked out of prison early Sunday after serving nine years for a 2007 kidnapping and armed robbery in Las Vegas.

The former NFL star left prison shortly after midnight local time, and was picked up by an unidentified friend, according to Brooke Keast, a spokeswoman for the Nevada Department of Corrections.

Unlike previous instances, where controversy followed wherever he went, Simpson was released in the middle of the night to to avoid media attention.

"Our biggest concern was our safety and the public's safety and not wanting anybody, paparazzi, to follow him," Keast said. "He left through a big blue door through the front gatehouse and exited quietly. He looked down because he didn't want to be photographed."

Before his release, prison officials did an inventory of what he wanted to take with him or leave behind. He walked out of prison with paperwork and "three or four boxes about the size of a microwave," according to Keast.

Inside the boxes were items such as a hot plate, clothing and shower shoes, she said.

Simpson also met with one person who'll become a fixture in his after-prison life: His parole officer.

"They went over what he needs for parole and where he needs to check in, what he should do to get a driver's license, et cetera [and] instructions on what to do once he's out there," she said.

No convicts, no alcohol

The Nevada Board of Parole Commissioners voted unanimously in July to release Simpson.

Simpson served nine years of a 33-year sentence for the 2007 kidnapping and armed robbery after a raid on memorabilia dealers in a Las Vegas Hotel room.

He has maintained that he was trying to recover family mementos and memorabilia taken from him .

After he was granted parole, the Nevada Department of Corrections took extra measures to protect him. Guards moved him to a single cell away from the rest of the prison population.

"The last thing we want is some prisoner trying to make a name for himself by attacking Simpson," Keast said.

While out of prison, Simpson won't have the liberty to consume alcohol in large quantities or hang out with ex-convicts. The Nevada Board of Parole forbids parolees from associating with convicted felons and people who engage in criminal activity, or possessing guns and drugs. Alcohol abuse can get a parolee hauled back to prison.

"You are permitted to consume alcoholic beverages but not to excess," the conditions of parole supervision read. "You shall submit to a medically recognized test for blood/breath content. Test results of .08 alcohol or higher shall be sufficient proof of excess."

Simpson received a bad score on his parole risk assessment guideline in the drug/alcohol abuse category, with the document citing him for "frequent abuse, serious disruption of functioning."

He testified that he had been drinking alcohol the day of the raid on memorabilia dealers that led to his arrest and conviction.

From NFL star to murder suspect

Simpson spent a lifetime in the limelight -- first for his athletic prowess, charm and good looks, then as a murder suspect in the 1994 killing of his ex-wife, Nicole Brown Simpson, and her friend, Ron Goldman.

His murder trial in Los Angeles was dubbed "the trial of the century" and sparked years of debate over race and justice.

Simpson pleaded "100% not guilty" and assembled a team of famous local and national lawyers. He was eventually acquitted in 1995, but many questioned whether he got away with murder.

The victims' families filed a suit for wrongful death. Two years after his acquittal, he was ordered to pay $33.5 million in damages.