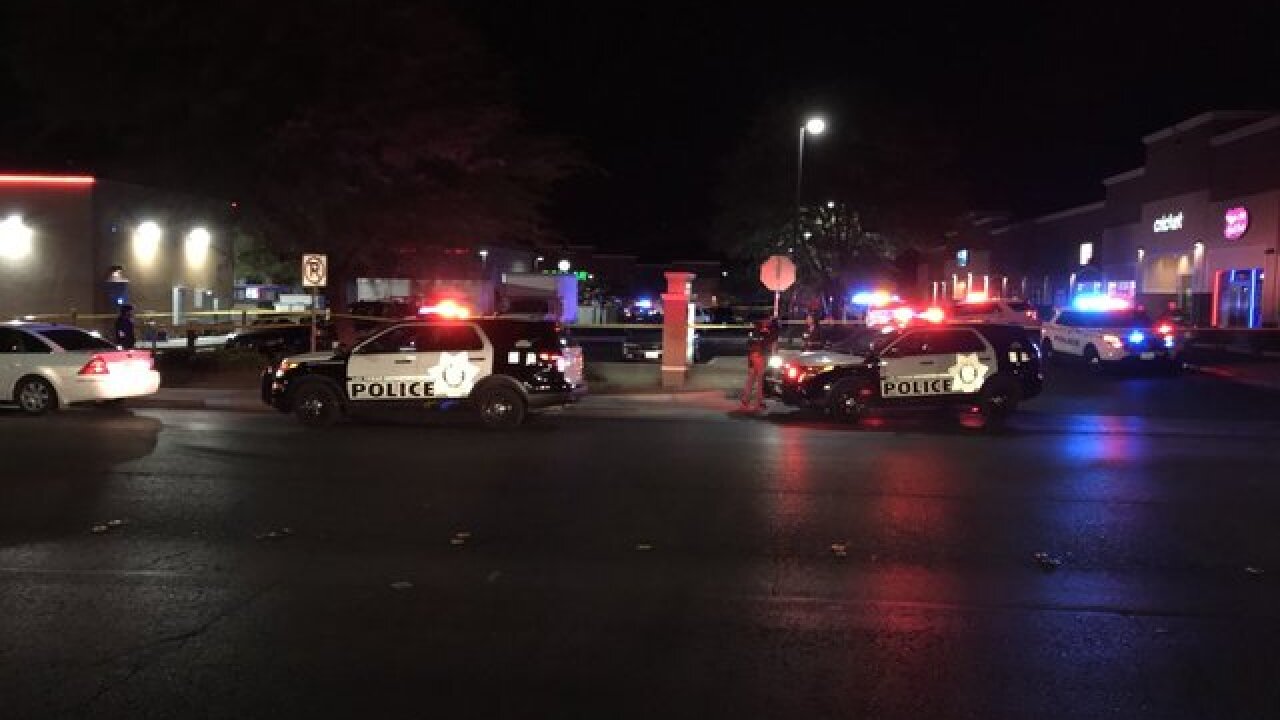 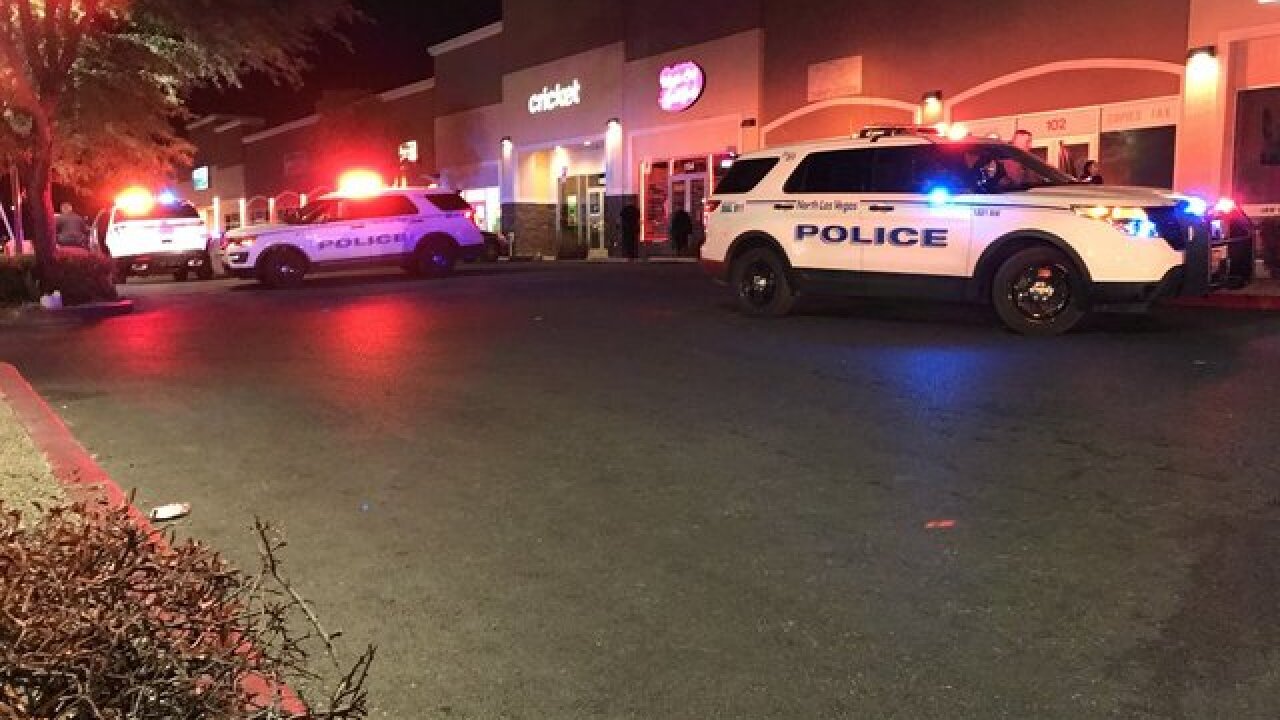 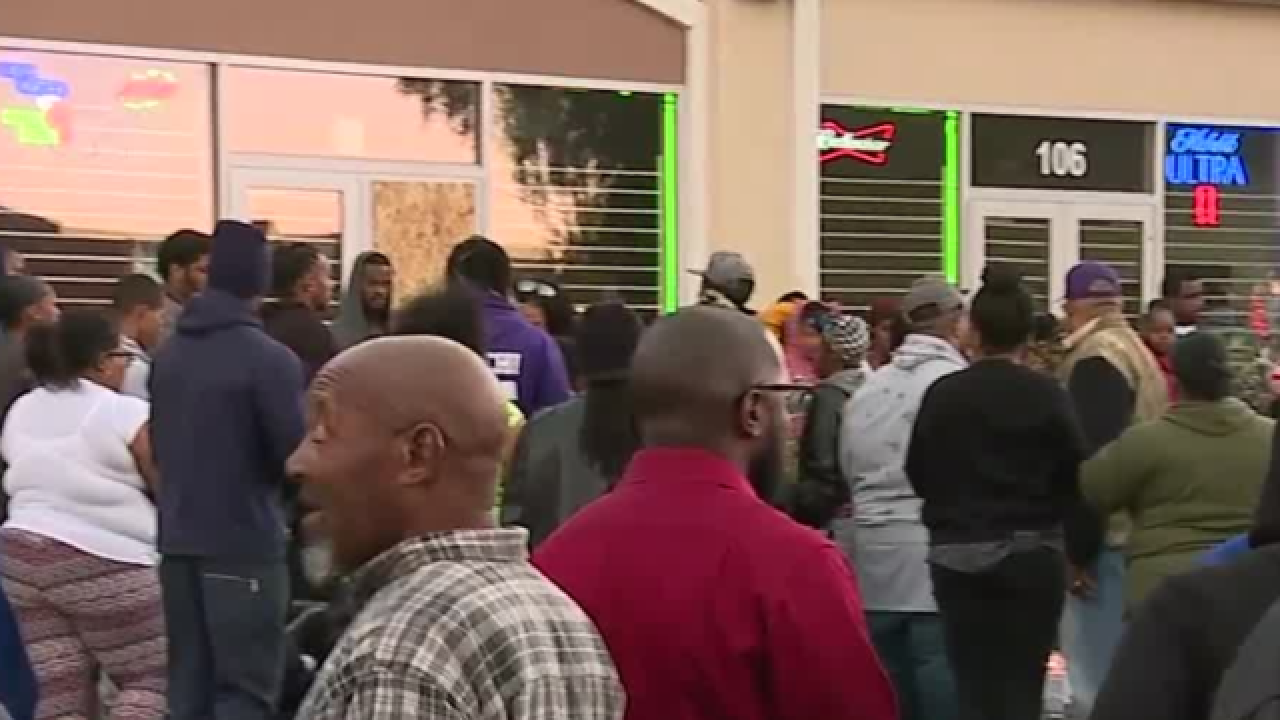 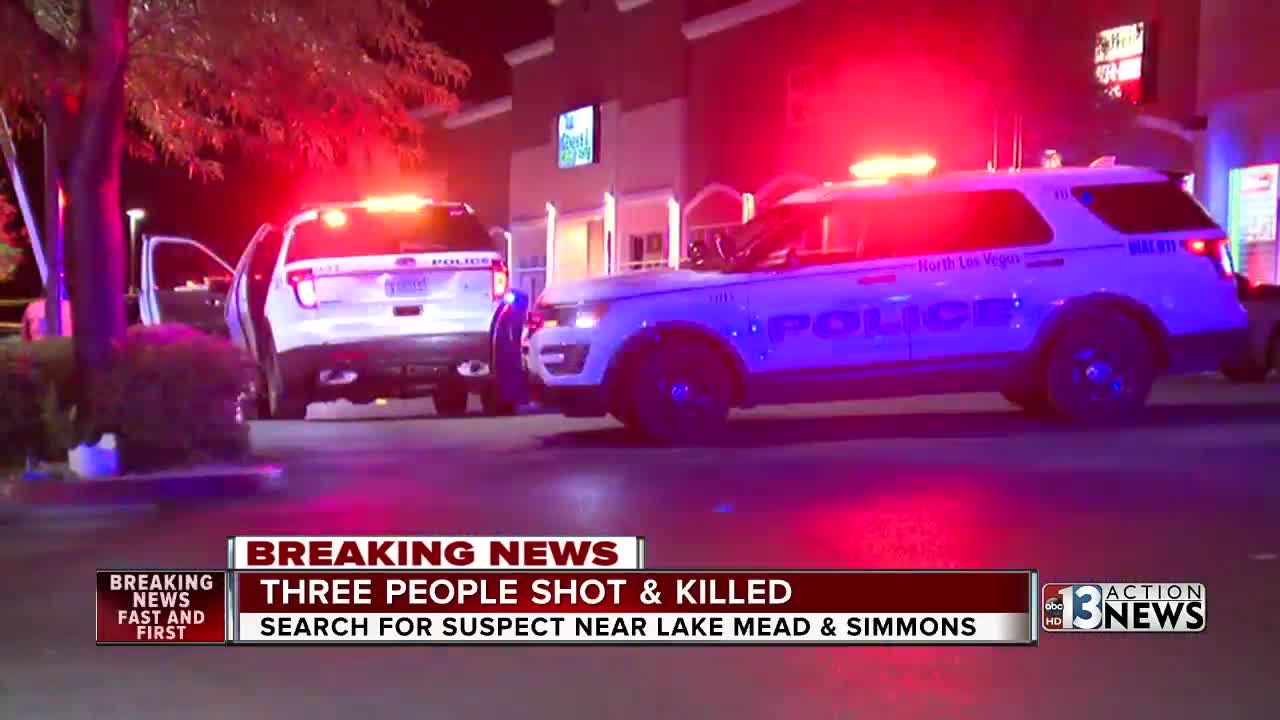 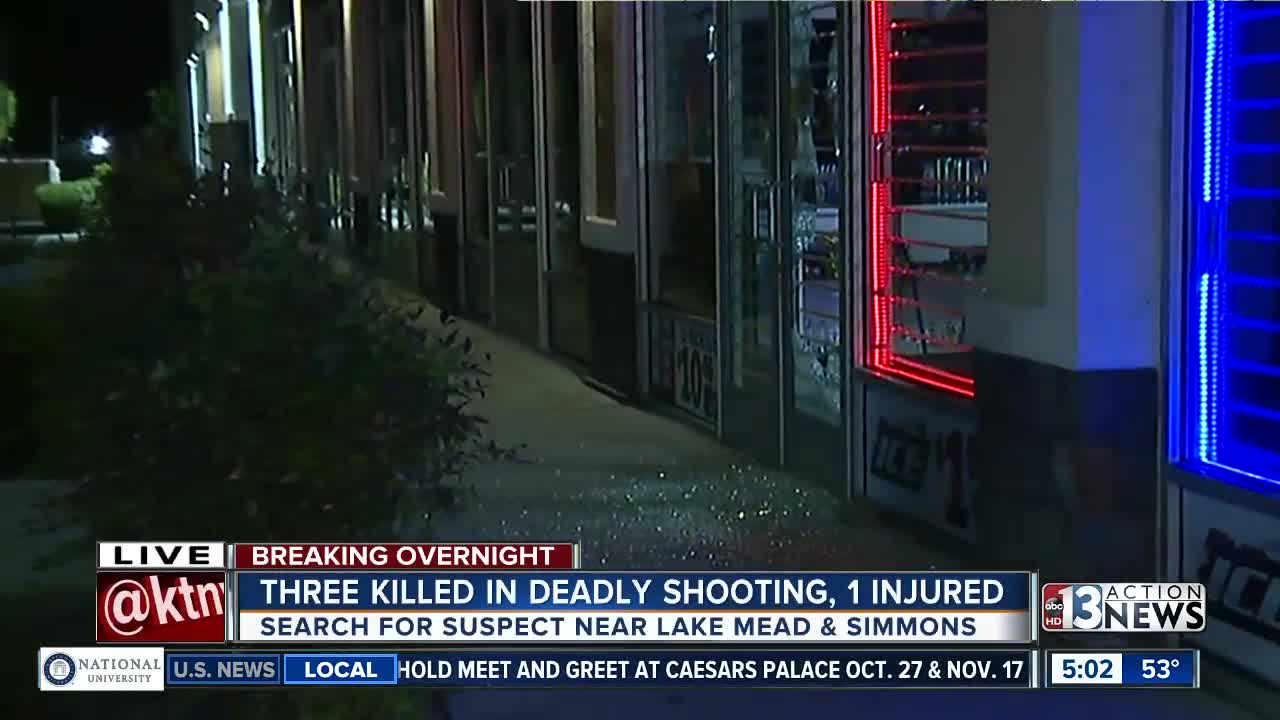 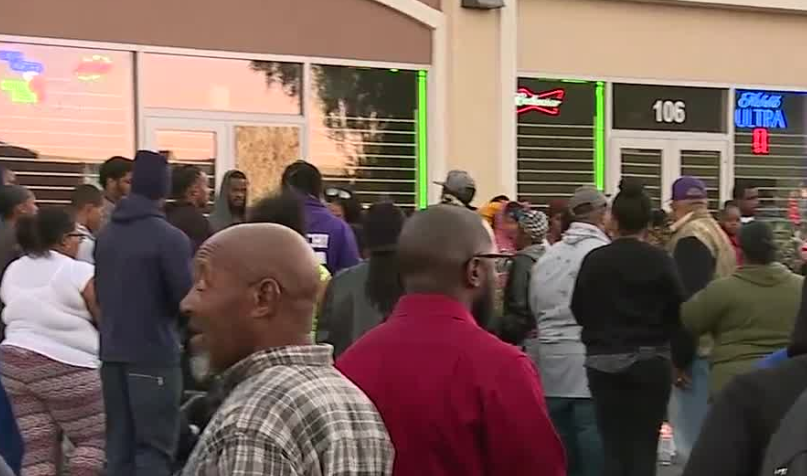 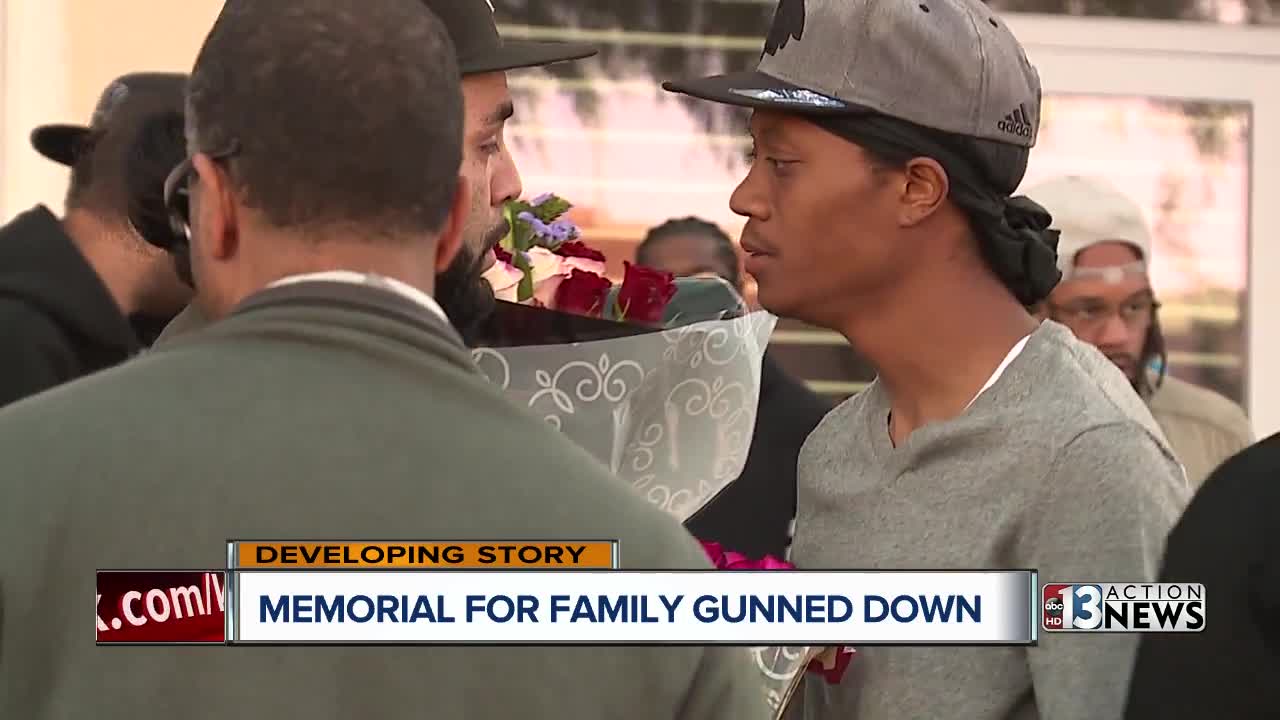 LATEST:  Family members identify the victims as Susan Nash and two of her four children. More than 100 people were at a vigil on Monday.

Nash worked for more than a decade at Desert Pines High School, according to coworkers on the scene. They say she was a teacher's aide for special needs children.

"Just why...why did you have to shoot everybody?" said friend Trisha Rose.

Both of Nash's children were also parents. The family has created a GoFundMe account to assist with expenses after this stunning loss.

"It's too much evil in the world," said Rose.

ORIGINAL:  Three people are dead after a shooting outside a North Las Vegas shopping center.

Not a dry eye. This is a painful one. @KTNV pic.twitter.com/jw3zF9BF8v

The shooting took place near Lake Mead and Simmons around 9 p.m. Sunday. Two females and one male were pronounced dead at the scene. A fourth victim was taken to the hospital with non-life threatening injuries. He is recovering.

BREAKING OVERNIGHT: 3 people are dead, a 4th is injured after a shooting at an NLV liquor store pic.twitter.com/JLj9CcjNZn

The preliminary investigation indicates the two men, 26 and 31 years of age, and two women, 52 and 20 years of age, were in the parking lot when an argument ensued with an unknown subject. The suspect allegedly shot all four people before fleeing the scene. Investigators are still looking into the relationship between everyone but do not believe this is a random act of violence.

No arrests have been made.

A vigil was held Monday evening for the three killed.

DEVASTATING LOSS: Vigil underway for 3 shooting victims of the same family as @NLVPD look for the killer. @KTNV pic.twitter.com/VA71PZ2Lf8

“This world is so wicked.” Nash family is asking for protection after 3 loved ones are murdered. pic.twitter.com/wiYQRZ4Jzd