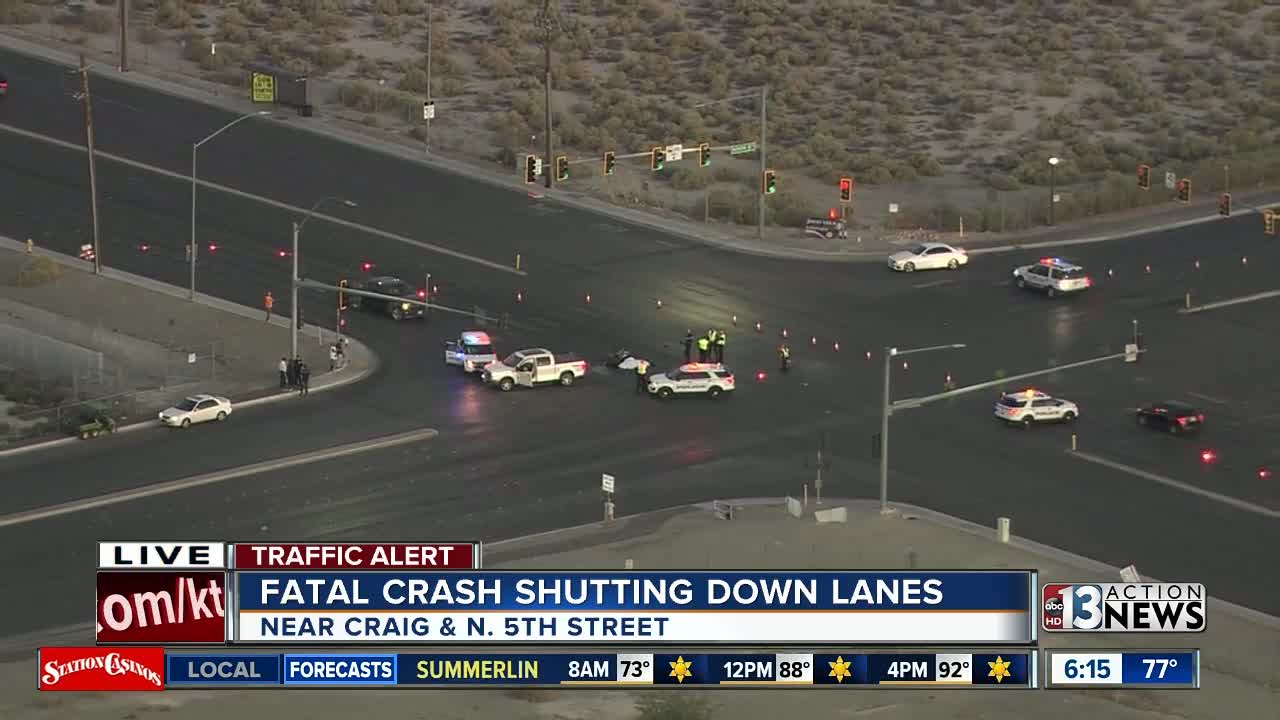 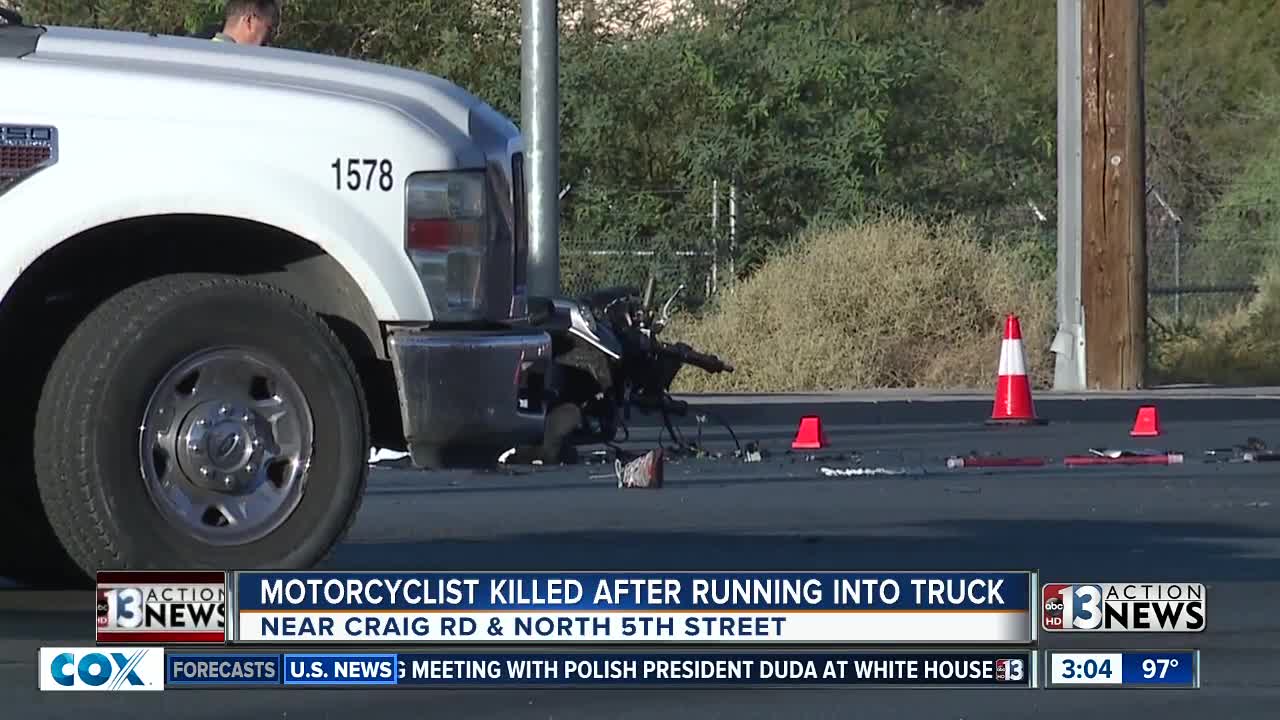 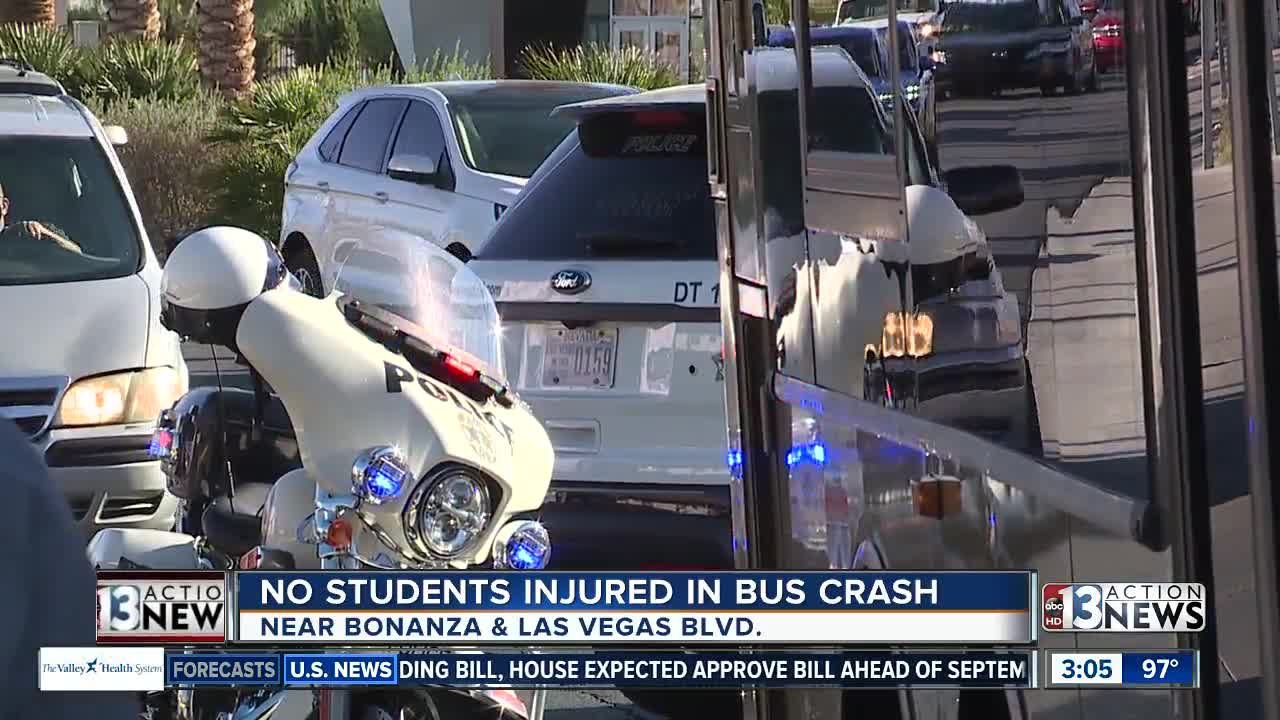 This is a roundup of all the breaking news from around the Las Vegas valley for September 19, 2018.

North Las Vegas police released more information about the earlier deadly crash. The preliminary investigation indicates a 59-year-old male driver in a Ford F-150 was traveling westbound on Craig Road when he made a southbound turn on North 5th Street. Witnesses reported the 26-year-old motorcyclist was traveling eastbound on Craig Road at a high rate of speed when he struck the truck making the turn. The driver of the truck was uninjured and remained on scene to cooperate with officers.

Las Vegas Fire & Rescue has responded to a fire in the 600 block of Watkins Drive, near Washington Avenue and Rainbow Boulevard. No injuries have been reported.

UPDATE: Water on the fire, knockdown on outside fire, crews interior checking for extension, no inj’s. #PIO1News https://t.co/C7KPsIm3mk

North Las Vegas Police say that a male motorcyclist was killed in this morning's crash near Craig Road and North 5th Street. The motorcycle collided with a truck making a turn. Police are still investigating to determine who had the right of way. They are also trying to determine if either person involved was under the influence. Lane closures are expected to be in effect for a couple more hours.

A fatal crash has closed lanes near Craig Road and North 5th Street. Motorists should avoid the area if possible.

Major injury crash at Craig and N. 5th st has most travels lanes closed down. pic.twitter.com/yyHuHpjGdM