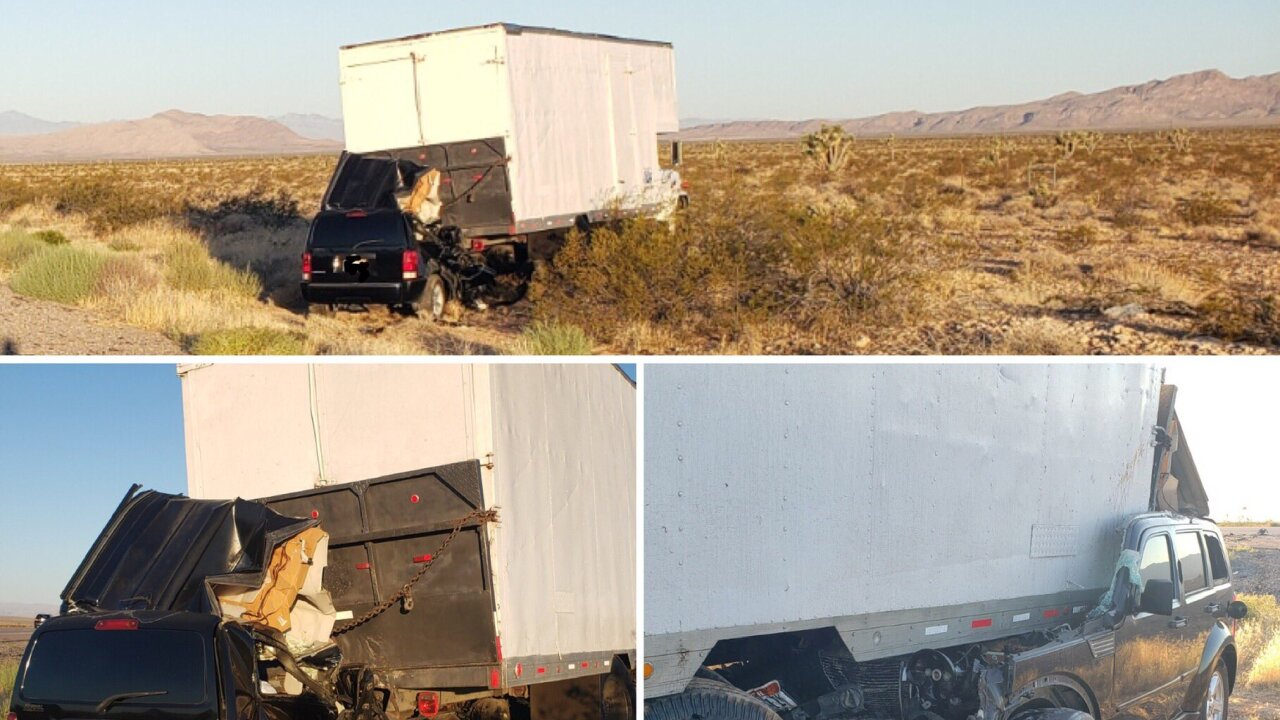 UPDATE 12:12 P.M.
Clark County Fire Department is set to update the media on a fire at Sunset Park around 12:15 p.m. Watch the update live once it begins below.

11 A.M.
Crews battle flames at Sunset Park. No official word on what is burning but road closures are in place.

#NOW: Crews battle flames at Sunset Park. No official word on what is burning but road closures are in place. | https://t.co/ZaLopBemeH pic.twitter.com/gSFx6yRfA4

UPDATE 10:56 A.M.
NHP says all travel lanes are now open on I-15 near mile marker 108 after a deadly crash early this morning.

These photos are from the crash scene

5:24 A.M.
The Nevada Highway Patrol is investigating a fatal crash that occurred on I-15 southbound at mile marker 108. An SUV has collided with a box truck. The driver was later identified as 41-year-old Lavern Bitsoie. She died of blunt force trauma in this accident according to the Clark County Coroner.