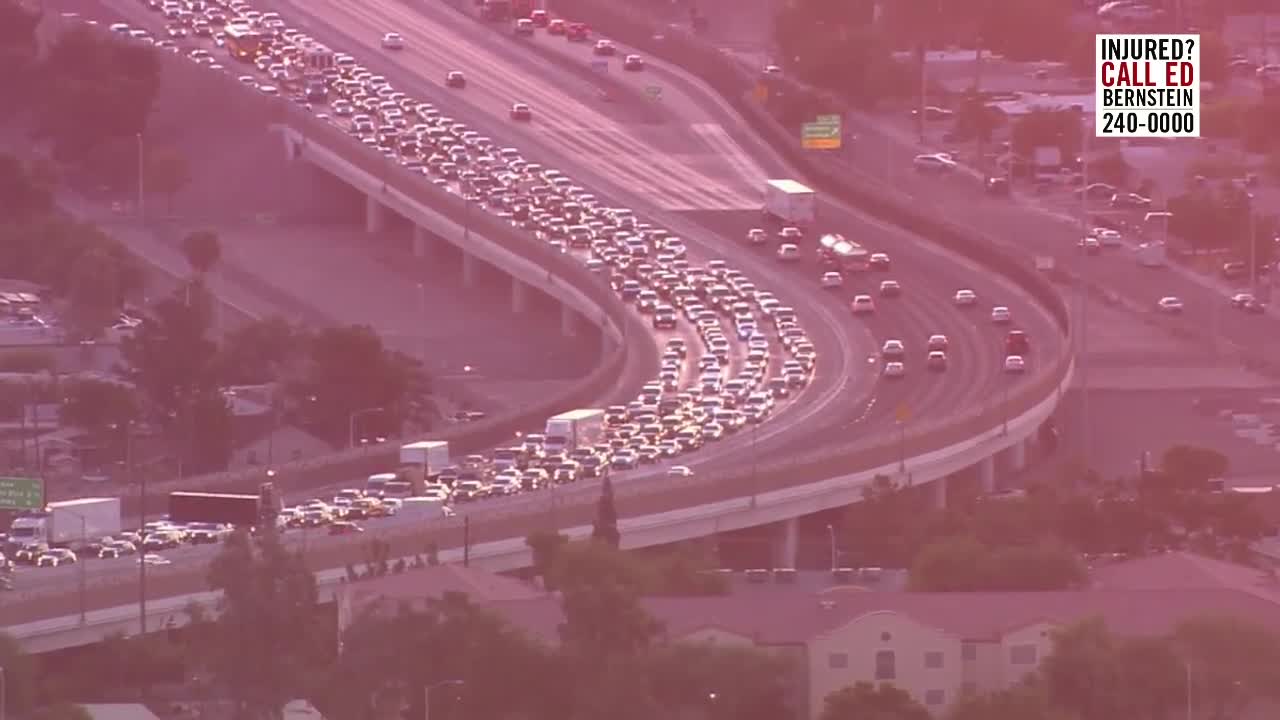 10:30 P.M.
Las Vegas police are looking for a suspect after a shooting shortly after 9 p.m. on Spencer Street near Viking Road. One man was shot in the arm and is recovering at the hospital. He is stable. Officers say an adult male suspect showed up at his ex-girlfriends apartment and a fight broke out over a child custody issue. The argument escalated and the man shot his ex-girlfriend's current boyfriend, according to police. The suspect remains outstanding. No description was immediately given by authorities.

3:25 P.M.
Police say they they did not locate any suspicious items at the mall near Las Vegas Boulevard South and Warm Springs Road.

1 P.M.
The U.S. Forest Service has reported a fire at Mount Charleston. The October Fire is a 1/2 acre, burning in the Mary Jane Falls area of the Humboldt-Toiyabe National Forest.

12:15 P.M.
Las Vegas police are investigating a bomb threat against a mall near Las Vegas Boulevard South and Warm Springs Road. A man called several TV stations and told them that he had planted a bomb and that is was scheduled to blow at 1:30 p.m. He also said that he was doing it for his "Kurdish brothers and sisters."

7 A.M.
Two separate crashes are causing a major backup in the Spaghetti Bowl.