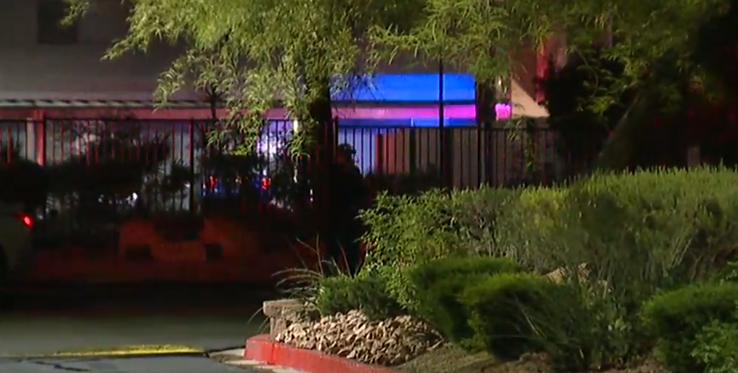 8:15 P.M.
Las Vegas police said at about 9:30 a.m., the CCDC House Arrest Detail responded to the 100 block of W. Lake Mead Parkway to check the status of a house arrest inmate whose ankle monitor lost power. Officers conducted a welfare check and found the inmate deceased. The death may have been a result of a medical episode, according to police. The inmate was facing robbery charges.

6:50 P.M.
Las Vegas police report 13-year-old Alajah Zurita as a missing and endangered juvenile. Zurita was last seen at about 1:30 p.m. in the 7500 block of Oso Blanca Road, near Durango Drive and US-95. Anyone with further information was urged to contact authorities at 702-828-2907.

OVERNIGHT
Police are on the scene of a homicide this morning after a confrontation led to a deadly shooting in North Las Vegas, according to authorities. A 40-year-old man was pronounced dead on the scene following the shooting. Nobody is in custody at this time, police say, though authorities believe they know who the shooter is. The incident happened on Goldfield Street near Tonopah Avenue just before 11 p.m. Officers say SWAT assisted though the incident was not a barricade situation.