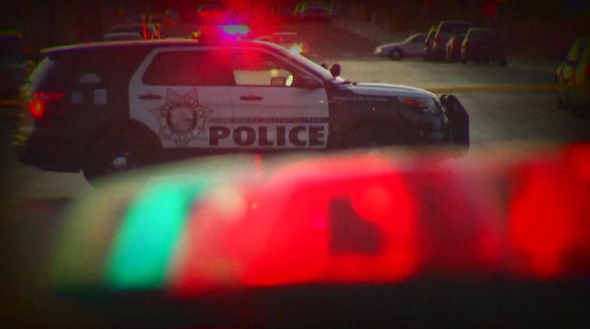 9:25 P.M.
Las Vegas police say a fatal collision occurred at the intersection of Maryland Parkway and Katie Avenue that involved a pedestrian. A 63-year-old man was crossing the street outside of a marked crosswalk and was struck by a Ford Escape and then dragged by another. Police said impairment was suspected of the Ford driver and he was also facing charges.

7:40 P.M.
North Las Vegas police responded to a shooting at the Broadacres Marketplace, located at 2930 Las Vegas Blvd. North, after a fight broke out.

A man in his late 20s and a woman, 22, were shot in the altercation with a 22-year-old man taken into custody.

The two people shot were transported to the hospital and expected to survive, according to police.

Authorities did not release immediate word on what started the confrontation.