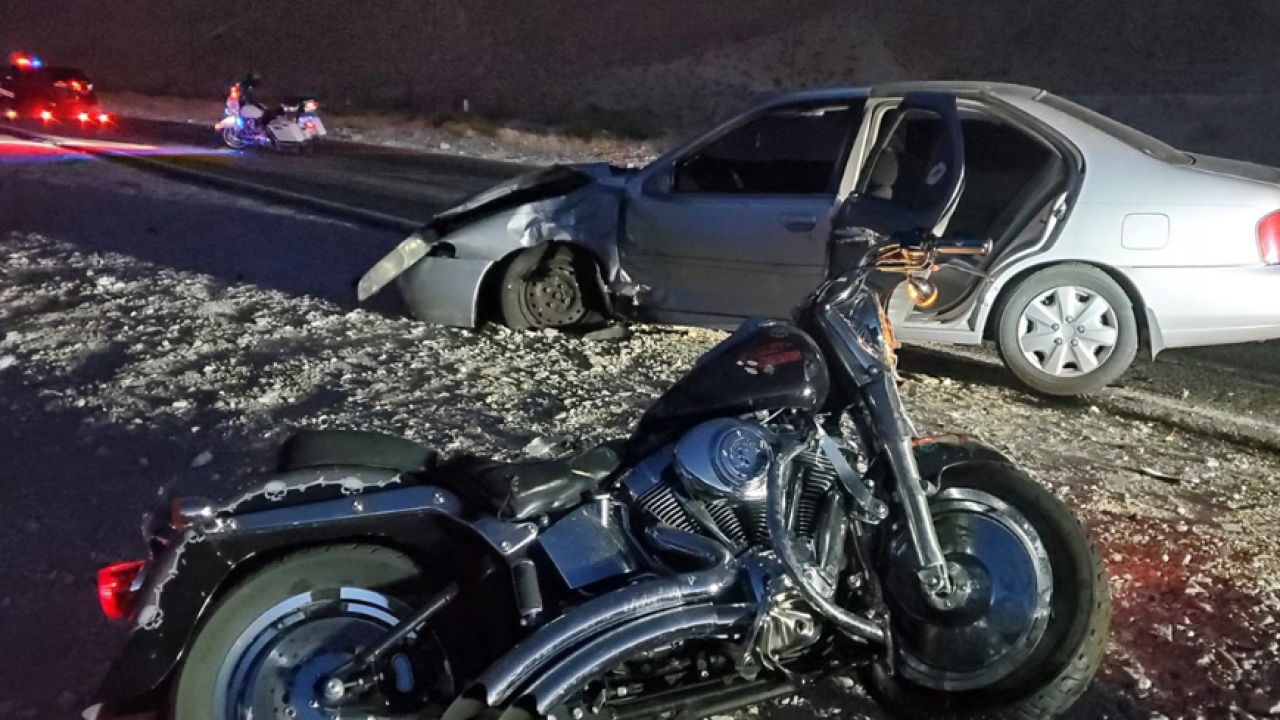 The Nevada Highway Patrol reports a fatal motorcycle crash occurred on Lake Mead Boulevard, near Los Feliz Street. The collision was between a vehicle and a motorcycle with the motorcyclist deceased. DUI was suspected of the driver of the car. Lane closures on Lake Mead Blvd. were also in place for the investigation.

5 P.M.
Fire crews responded to a report of a fire at the Solaire Apartments, located at 1500 Karen Ave. Firefighters were able to extinguish the fire found coming from a storage closet. No injuries were reported in the incident.

10:27 A.M.
Las Vegas Fire & Rescue is at fire in the block of Poplar Ave (US95/Eastern Ave). Shed in backyard, a couple of cars, and a fence on fire. The incident is putting out a large column of smoke. Units are on scene and the situation is under control with no houses damaged and no injuries reported. The cause of the fire is unknown at this time.

9:55 A.M.
At approximately 9:55 a.m., Las Vegas police received a call of a stabbing near Eastern and Oakey. Arriving officers located two individuals with injuries, one was transported to UMC and the another to Sunrise hospital, both in unknown condition. One suspect is in custody. The intersection of Eastern and Oakey is currently closed on the northbound and southbound lanes of traffic, please avoid the area as this investigation is ongoing.


OVERNIGHT
Officers responded to the report of a shooting at the 4600 block of E. Alexander Road shortly before 1 a.m. Witnesses say a fight broke out and people started shooting. There were three victims who were all transported to area hospitals with a non-life-threatening injuries. It is believed the shooting might be gang related.”