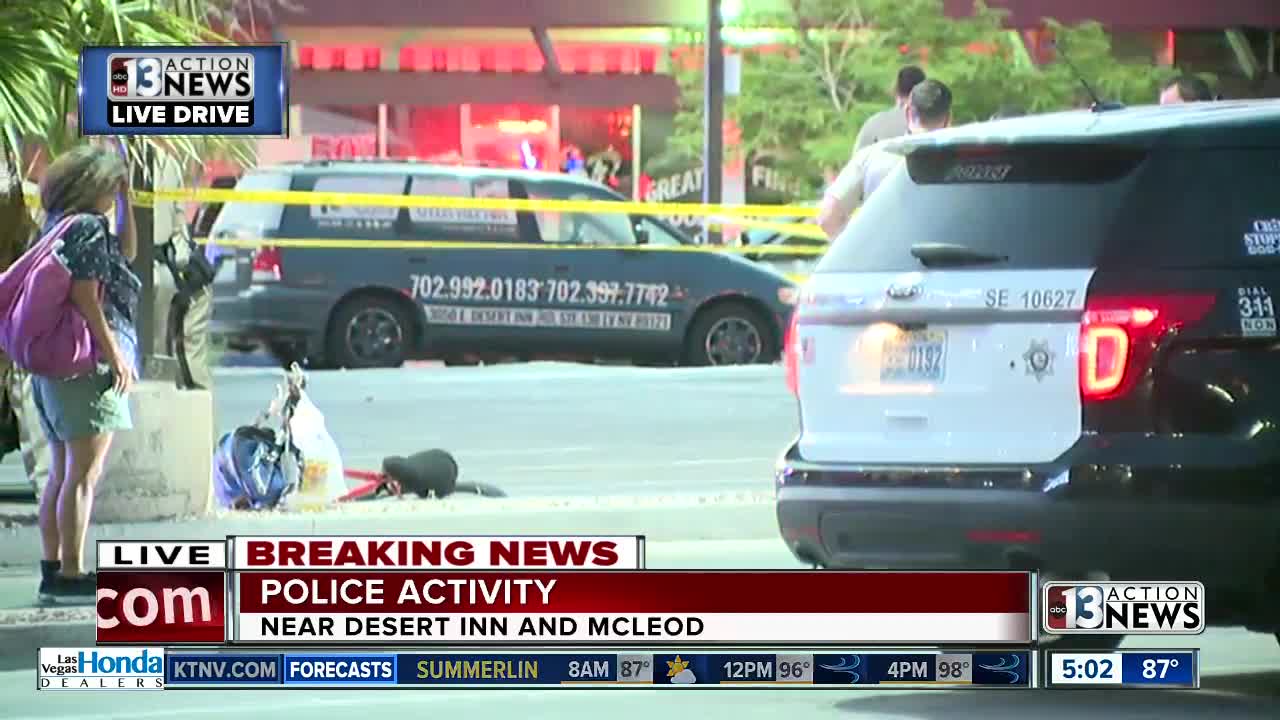 UPDATE: LVMPD says that on June 5 at approximately 8:20 p.m., officers were dispatched to a report of a man down in the area of East Adams Avenue and 4th Street. Arriving officers located an adult male lying in the roadway suffering from multiple injuries. The victim was transported to UMC Trauma where he later died. The investigation by the LVMPD Homicide Section indicates the victim’s injuries were consistent with being beaten. At this time, detectives have not identified a suspect in this murder. The identification of the victim as well as the cause and manner of death will be released by the Clark County Coroner’s Office. Anyone with any information about this incident is urged to contact the LVMPD Homicide Section by phone at 702-828-3521, or by email at homicide@lvmpd.com. To remain anonymous, contact Crime Stoppers by phone at 702-385-5555, or on the internet at www.crimestoppersofnv.com.

11:10 A.M.
Clark County Fire Department is investigating a report of a fire at Boulder Station on Boulder Highway.

UPDATE (6/10/20): The Clark County Coroner has identified the victim of the fatal shooting as 48-year-old Herbert Van Harris of Las Vegas. His cause of death was multiple gunshot wounds, a homicide.

Las Vegas police are on the scene of a deadly shooting near Desert Inn Road and McLeod. Police say that two men were in a fight around 4 a.m. One man shot the other. People passing by found a man with gunshot wounds in a parking lot. The man was pronounced deceased at Sunrise Hospital. No one has been arrested.

2:09 A.M.
Police are investigating a potential homicide near 4th Street and East Adams Avenue. Officers responding to a robbery found a person not breathing. The officers performed CPR before the person was transported to a local hospital and pronounced deceased. Homicide detectives investigating.

UPDATE (6/10/20): The Clark County Coroner has identified the woman as Julia Bowen-McDonald from Las Vegas.

Las Vegas police say they are investigating a shooting on Golden Shimmer Avenue near Decatur Boulevard and Windmill Parkway. Police say a female was transported to a local hospital in critical condition and she later died. Homicide detectives are investigating.