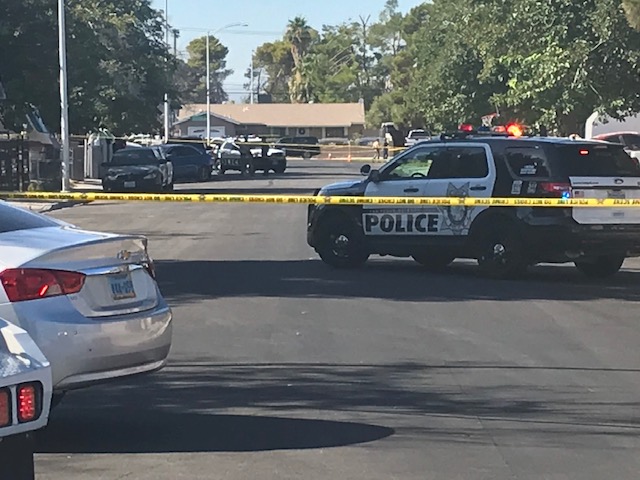 UPDATE 9:53 P.M.
Two people were transported to the hospital with not life threatening injuries, and four people have been displaced, after a fire near Stephanie Street and Patrick Lane, Henderson Fire Department says.

9:20 P.M.
Crews are at the scene of a fire on 1000 Caballo Boulevard near Stephanie Street and Patrick Lane. Firefighters say it happened around 6:30 p.m. at a mobile home. Crew remain on the scene for cleanup, according to Henderson Fire Department.

3:30 P.M.
Las Vegas police are asking for the public’s assistance in locating a missing adult, Lilia Capati, who is 72 years of age. She was last seen in the area of Russell Road and Paradise Road, wearing a dark blue sweater, a red shirt, and blue shorts (as seen in the photograph). She may be carrying the grey purse seen in the photograph. Lilia suffers from dementia and may be in need of immediate medical assistance.

1:34 P.M.
1 person is dead after a crash involving 3 vehicles at the intersection of Carey Avenue and Nellis Boulevard. 2 other people seriously injured. All 3 were initially transported to UMC Trauma. The intersection will be closed for several hours.

7:06 A.M.
Las Vegas police are investigating a shooting incident in the 1000 block of Newport Street near Washington Avenue and Pecos Road. No one was injured and police have not said what led to shots being fired. There is a heavy police presence in the area.