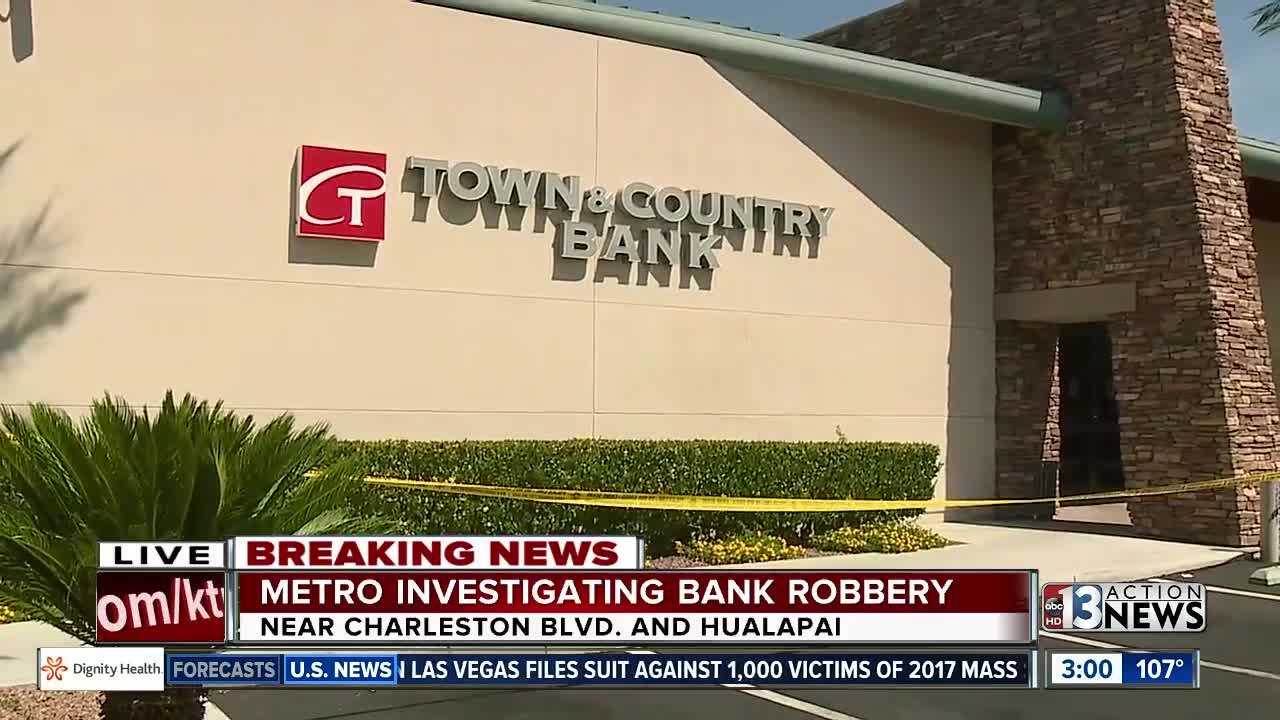 A bank near Charleston and Hualapai was robbed Tuesday afternoon. Austin Carter reports. 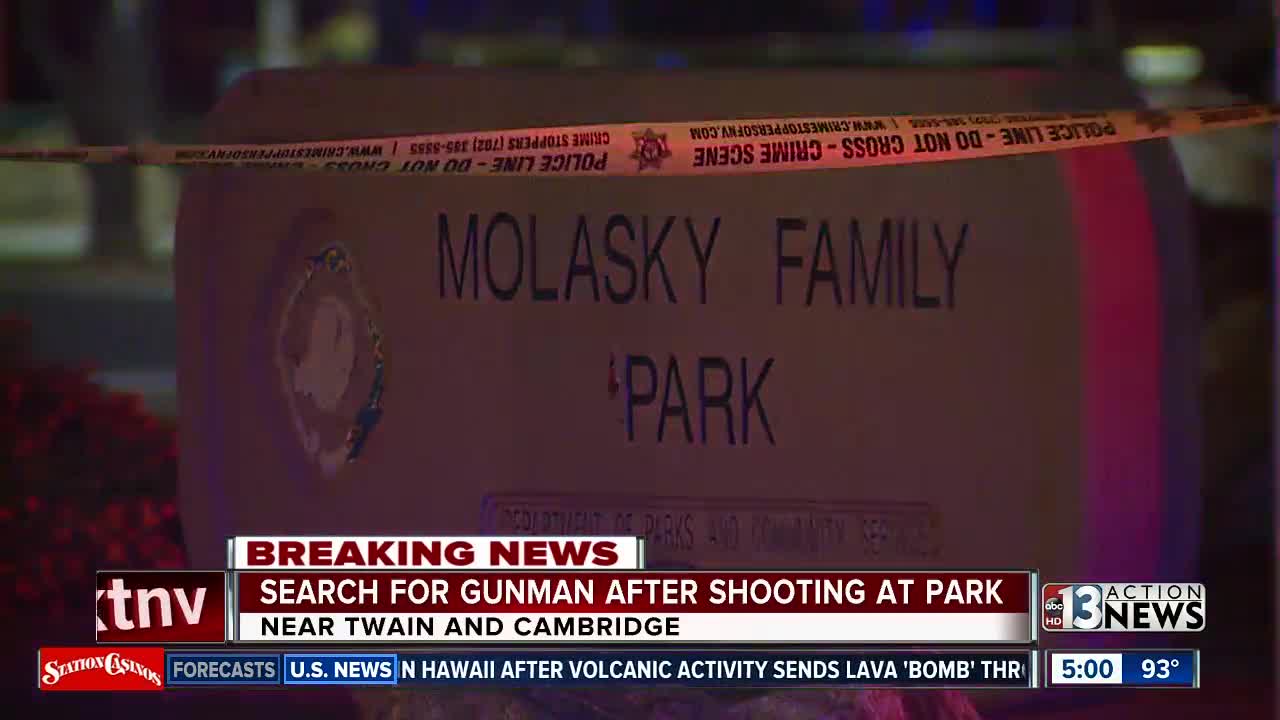 This is a roundup of all the breaking news from around the Las Vegas valley for July 17, 2018.

Las Vegas police responded to a bank robbery at Town & Country Bank near Charleston Boulevard and Town Center Drive. After taking an unknown amount of cash, the man left in a sedan. No injuries were reported.

There appears to have been an incident at the stadium construction site. A worker was observed by Chopper 13 being removed from the site. FULL STORY.

A rollover crash on Arville Street just north of Sahara has resulted in the road being closed in both directions. Drivers should avoid the area.

A man was shot in Molasky Family Park near Cambridge and Twain avenues around midnight. The man and the female he was with were able to run across the street to Lucky’s Supermarket. A security officer called 911. The man was transported to a local hospital and is in stable condition. The shooter has not been apprehended.