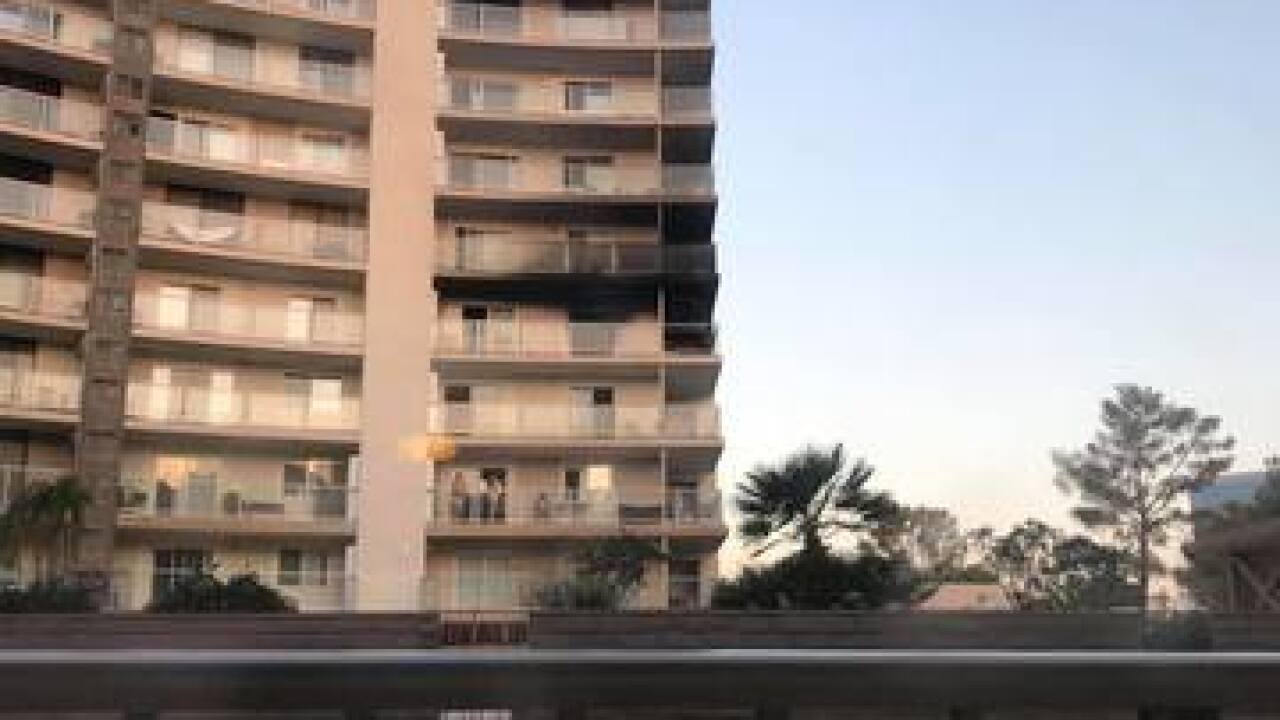 This is a roundup of all the breaking news from around the Las Vegas valley for August 5, 2018.

UPDATE: The motorcyclist is in fair condition at Sunrise Trauma with a broken back and broken ribs. The suspect vehicle remained on the scene so it is not a hit-and-run. Police dispatch was misinformed.

ORIGINAL STORY: Las Vegas police are investigating a hit-and-run crash involving a motorcycle and another vehicle that occurred at East Flamingo Road and South Sandhill Road around 7 p.m. The motorcycle rider was transported to Sunrise hospital in critical condition. The suspect vehicle is described as a white van or SUV.

UPDATE TO KAREN AVENUE FIRE: A young woman has been found dead in the apartment building that caught on fire at 1750 Karen Avenue. No other details available at this time, it is still being investigated. READ FULL STORY

A family of 3 is displaced after a house in the 100 block of Scherer Street (Buffalo/Westcliff) caught fire around 1:30 p.m. The fire may have been caused by a bathroom exhaust fan. The house was heavily damaged. Damage is estimated at $150,000.

Clark County Fire Department is battling a fire at an apartment complex at 1750 Karen Avenue, near Sahara and Maryland Parkway. This is an active scene, please avoid the area.

Henderson police say that a 39-year-old man is dead after his car ran into a parked semi truck near the intersection of Cape Horn Drive and Mirror Court. The man died at the scene. His death is the 6th traffic fatality this year in Henderson. The Clark County coroner will release his name.

A fire broke out early this morning at the Country Club Towers on East Desert Inn Road. It is unknown at this time what caused the fire or how many units were involved. Witnesses say it happened around 4:30 a.m. READ FULL STORY

Police are investigating a shooting involving a police officer near Saylor Way and Carmen Boulevard. Police say a carjacking suspect began fire out of a window and an officer returned fire. The suspect is dead. However, it’s not clear if the person was shot by police. READ FULL STORY.