Breaking News for May 4

A massive fire broke out Thursday morning in a building on Dean Martin Drive.

This is a roundup of all the breaking news from around the Las Vegas valley for May 4, 2017.

Police responded to reports of shots fired from the Las Vegas Wash near East Owens Avenue and North Pecos Road. Initial reports indicate that a person has died from a gun shot wound to the head.

City marshals received a report of an abandoned infant near Main and Fremont Streets. The infant was taken to UMC with injuries that are being described as suspicious. No other information is available at this time.

Police release mug shot of man they believe killed another man last month in Downtown Las Vegas by hitting him with a hammer. READ FULL STORY.

The Nevada Department of Corrections (NDOC) reported the death of Ely State Prison inmate Mack Woods. Woods was pronounced dead on April 30 at UMC. He was transported to UMC on April 20. Woods was serving 5-20 years for Habitual Criminal and Attempted Battery by a prisoner. 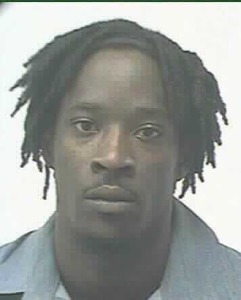 Driver of the other vehicle involved in the school bus crash has been pronounced dead and one student is listed as critical. CLICK HERE FOR MORE DETAILS

A school bus overturned near Nellis Boulevard and Carey Avenue during a crash. There are reports of 40 kids on the bus. This is a developing story.

TRAFFIC ALERT: The intersection of Nellis at Carey is closed to traffic while we investigate a serious injury crash. #LVMPDnews

Nevada Highway Patrol is reporting a fatal motorcycle crash in the Indian Springs area. The crash involved a 45-year-old man traveling northbound on US-95 near mile marker 112.  The reason for the crash is still unknown and the man was transported to UMC before being pronounced dead. This marks the 24th fatal crash of 2017.

UPDATE ON MAY 5: The man has been identified as 42-year-old William Kouba from Las Vegas. Investigators are still trying to determine why the bike left the road.

Police are investigating a shooting near Las Vegas Boulevard and Sahara Avenue. Investigators say a man and a woman were shot in the courtyard area of their apartment complex. Both victims were taken to University Medical Center. Police have not said if they have made any arrests.

Fire crews are responding to a massive fire near Interstate 15 on Dean Martin Drive. Clark County Fire Department received the call at 2:58 a.m. Multiple engines responded and a second alarm was called out. The fire was knocked down at 4:42 a.m. The vacant building was the former home of a nightclub. CCFD say that it is often used by the homeless. Damage is estimated at $120,000. No injuries reported.