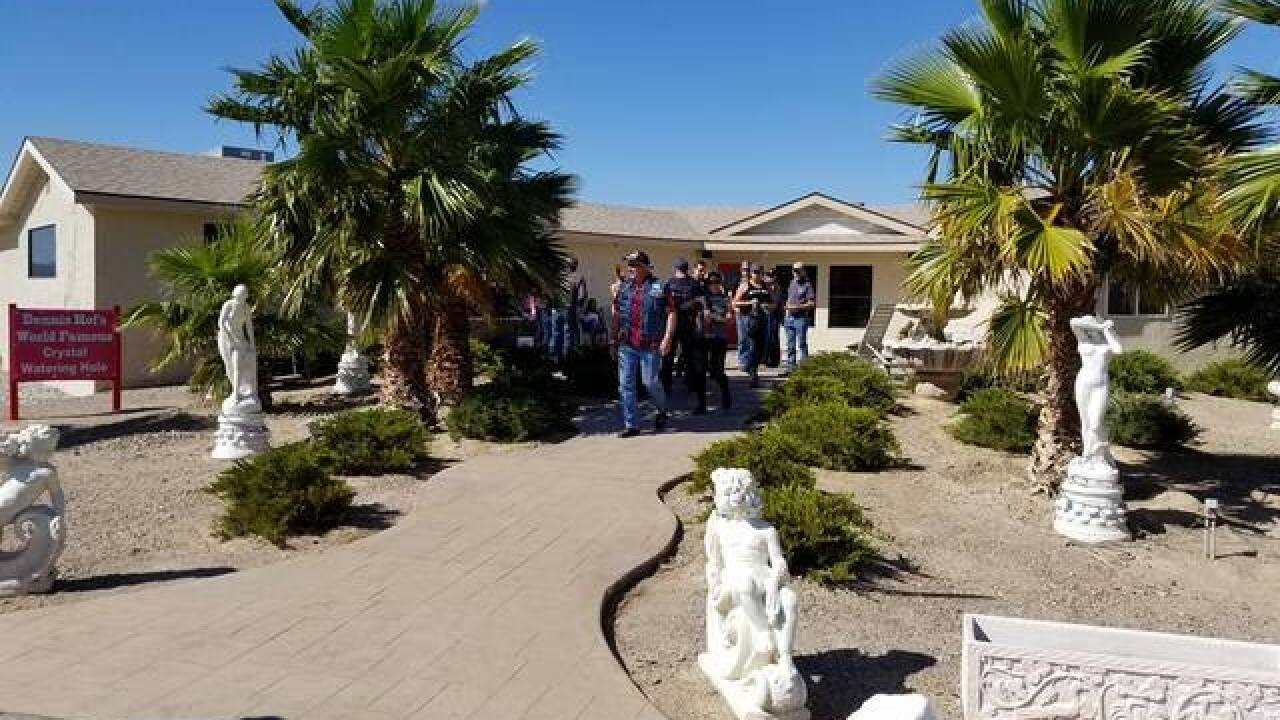 Copyright 2018 Scripps Media, Inc. All rights reserved. This material may not be published, broadcast, rewritten, or redistributed.
JOYCE LUPIANI/KTNV.COM 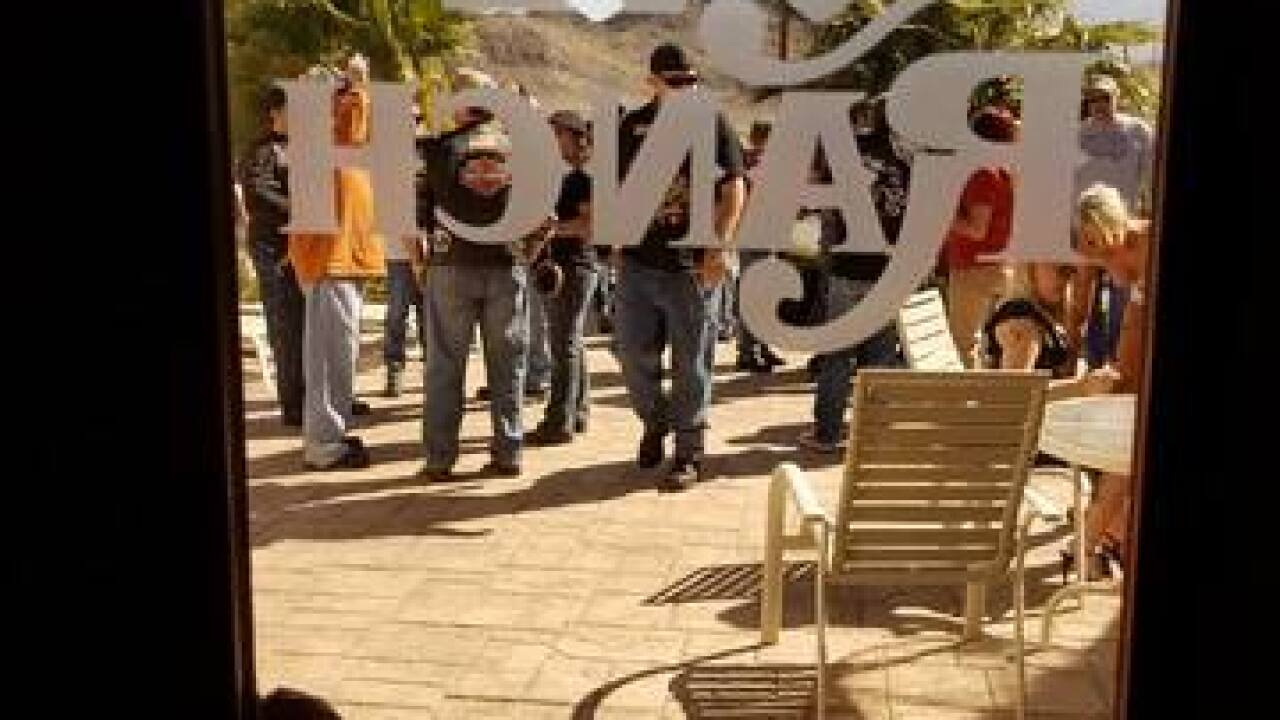 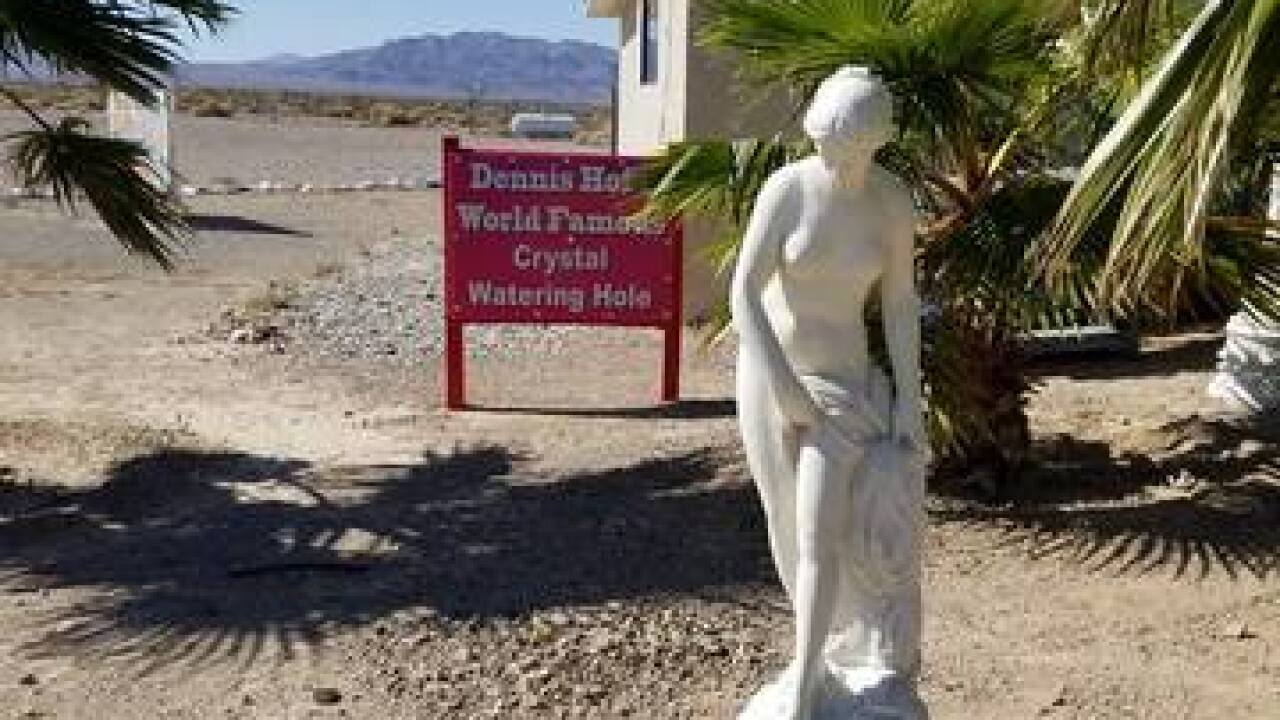 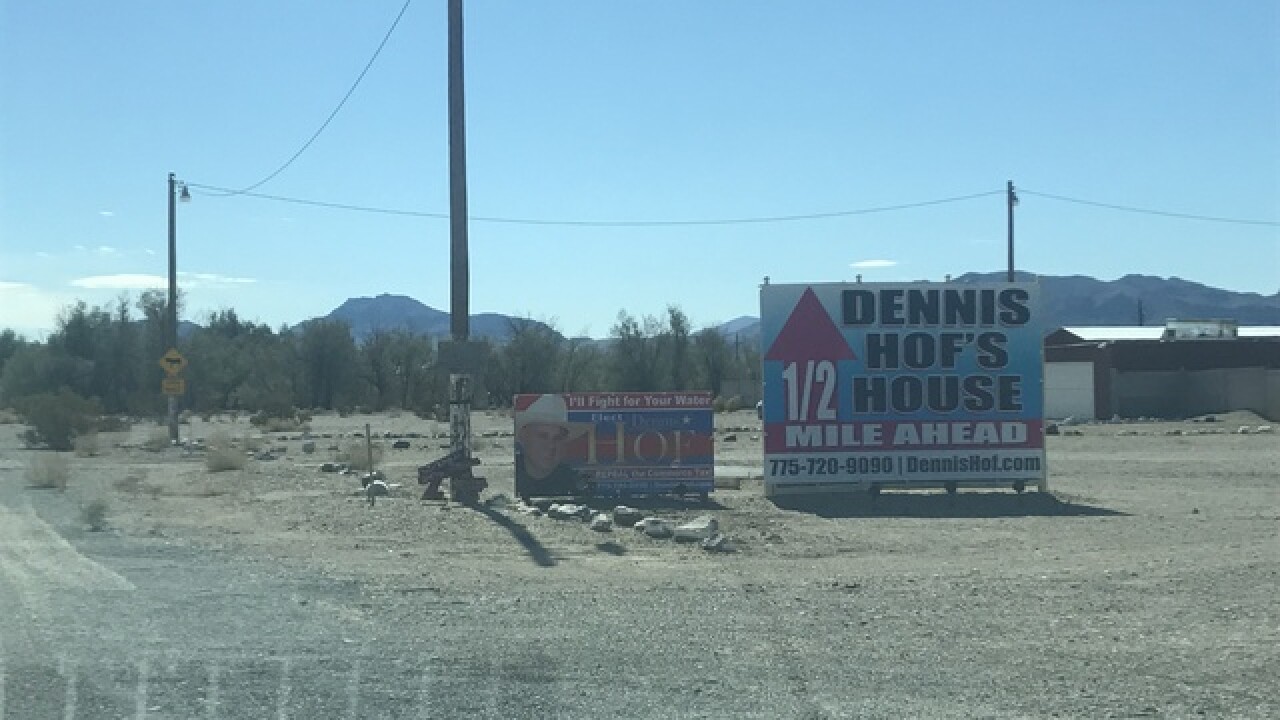 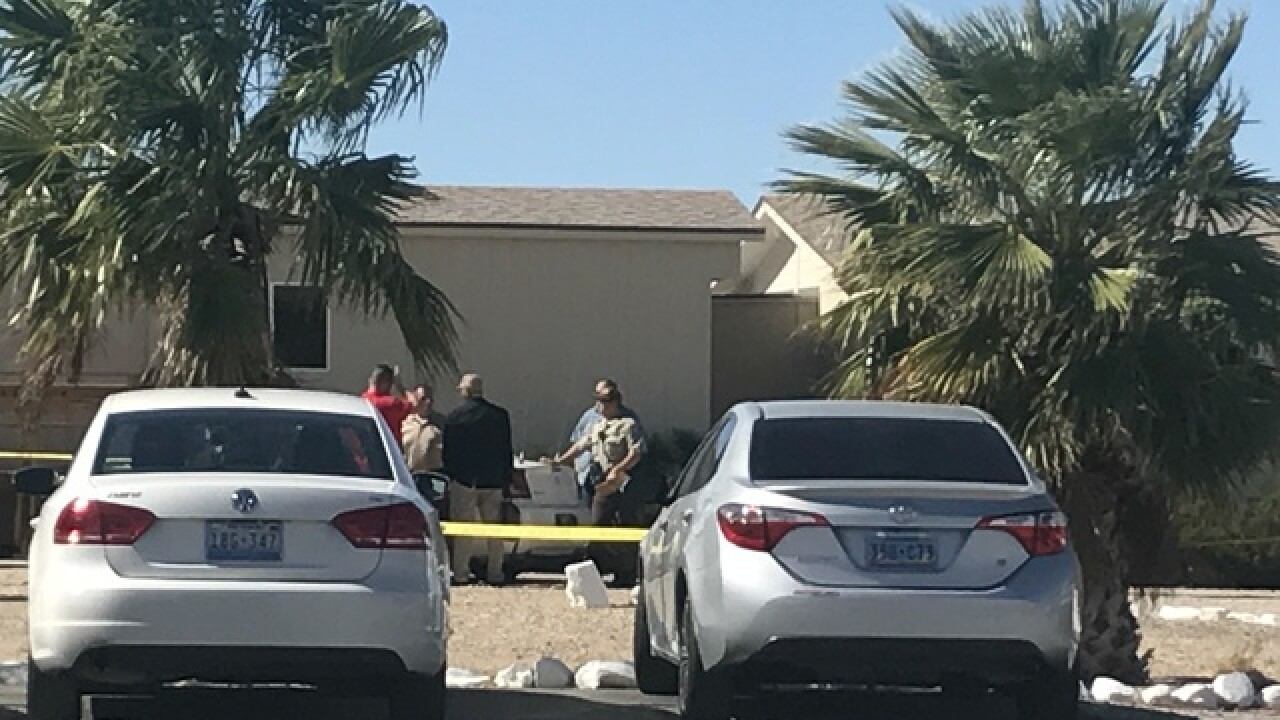 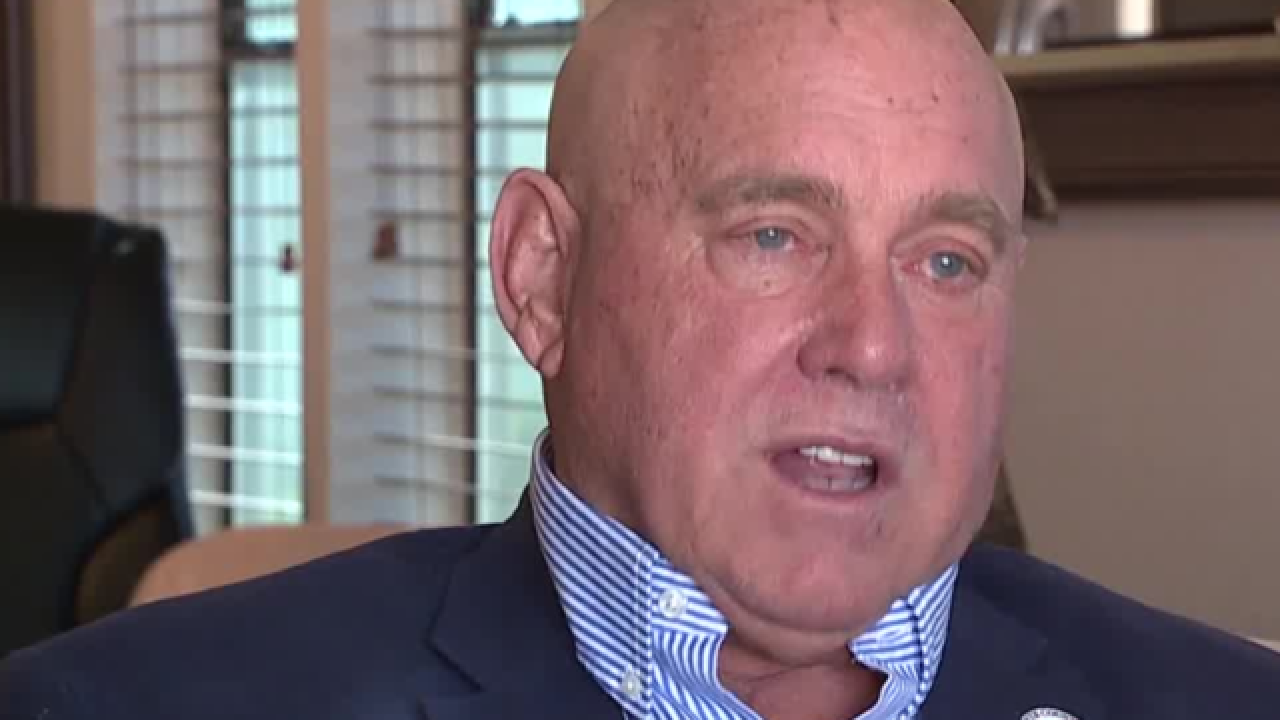 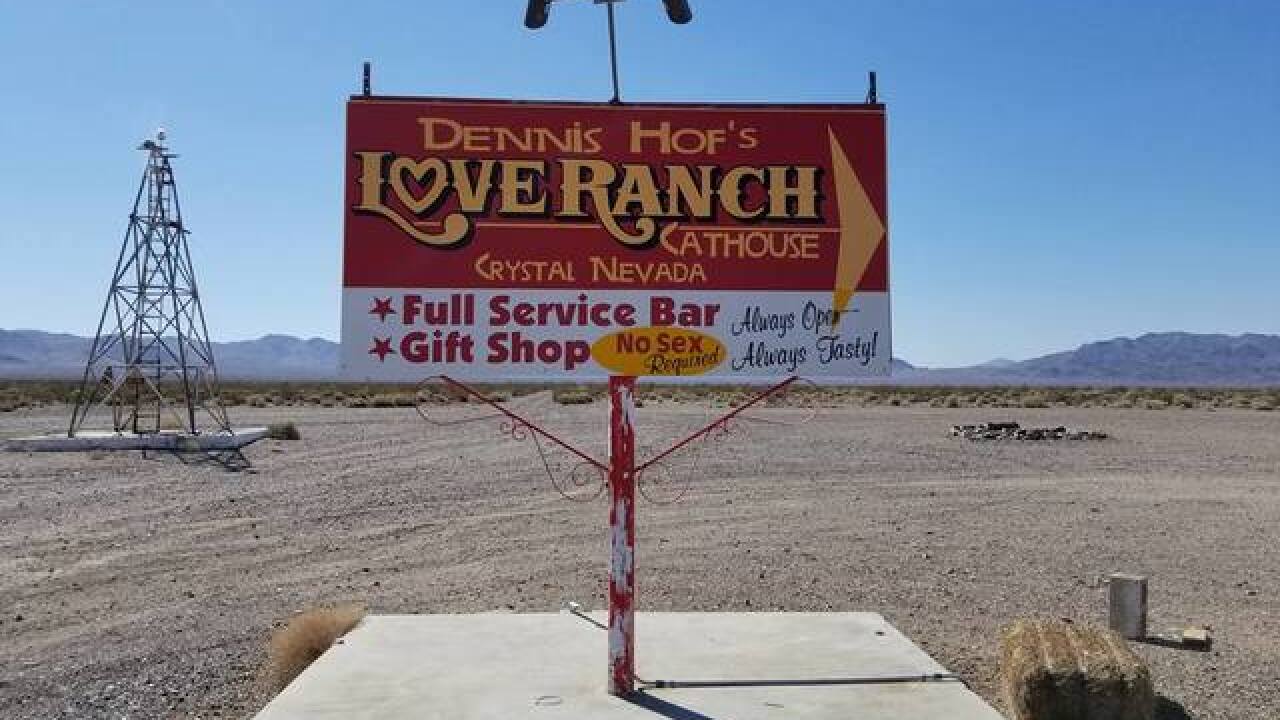 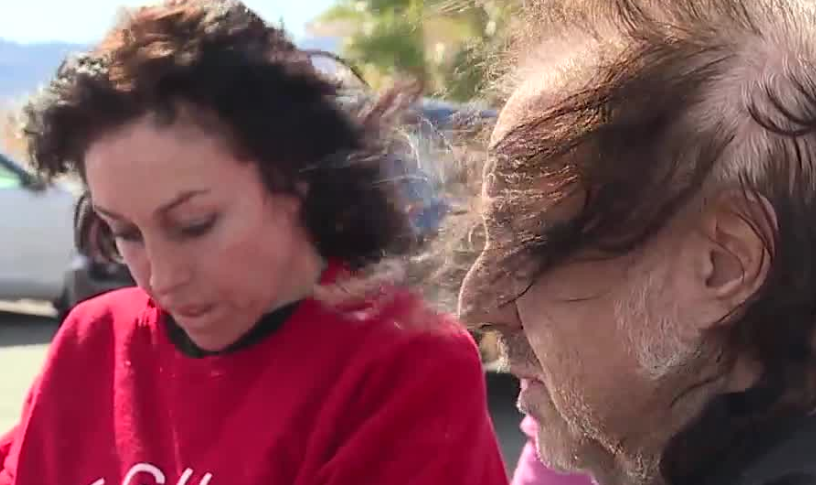 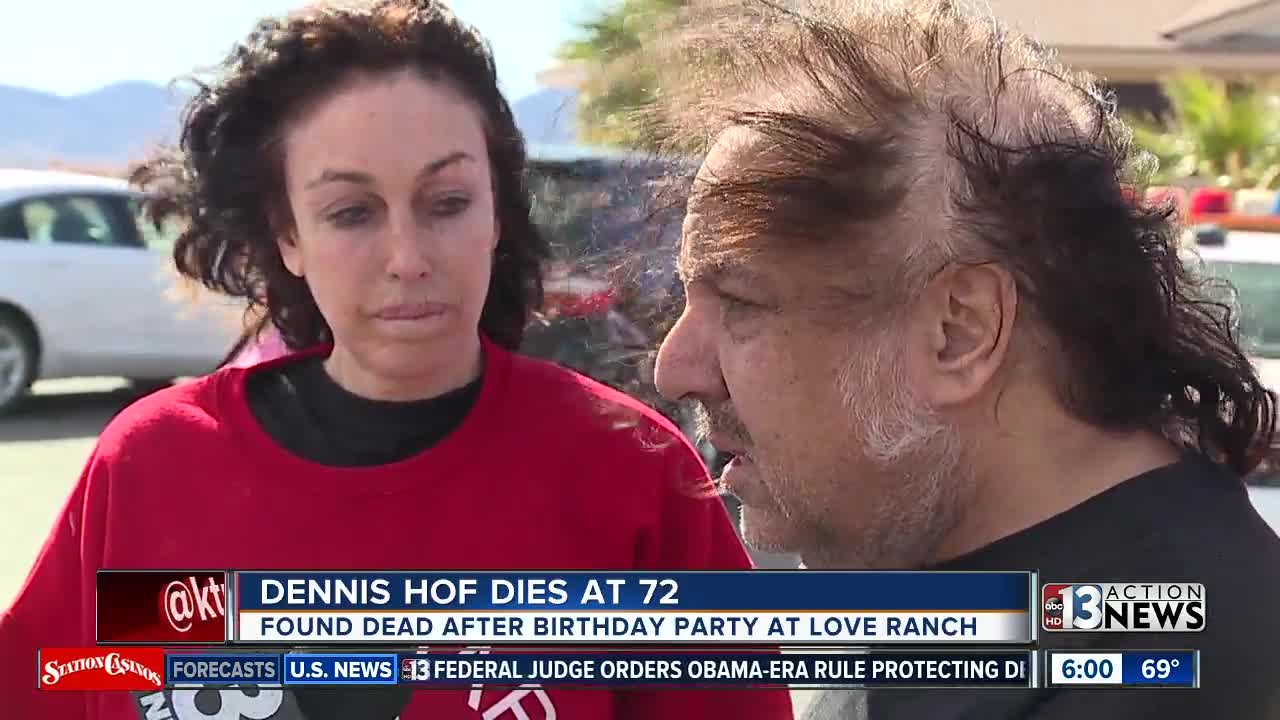 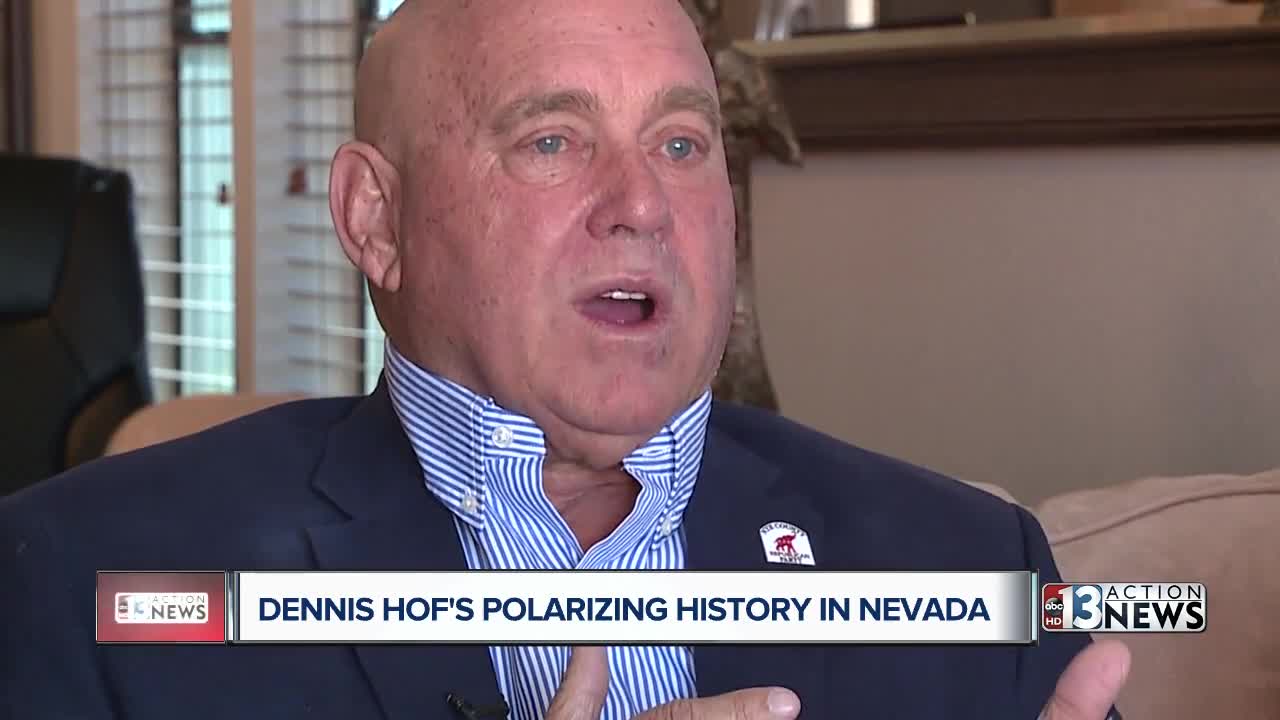 The Nye County Sheriff's Office confirmed Hof's death Tuesday morning at the Love Ranch in Crystal, outside of Pahrump. Detectives and deputies are conducting an investigation into his death.

Hof was 72 years old -- his birthday just this past Sunday. His cause of death is unknown at this time but he is believed to have died in his sleep.

Hof's campaign manager Chuck Muth said Tuesday afternoon that no foul play is suspected and the Clark County coroner will conduct an autopsy.

No cause of death has been determined, but no foul play is suspected. I’m told the Clark County coroner will conduct an autopsy.

Longtime friend and adult film star Ron Jeremy found Hof after he went to his room around 11 a.m. to wake him for a scheduled lunch at the Pahrump Senior Center.

Ron Jeremy speaking about the moment he found @ElectHof in his bed. They were suppose to go to a meeting at a senior center in Pahrump today after spending the night at a rally/birthday party for Dennis. @KTNV pic.twitter.com/qc3xUAenj0

Today I lost one of my best friends. I am the one who found him. Every year we spend the weekend together for his birthday. He said this was the best year ever. I will miss him every day. Rest In Peace Daddy D. #DennisHof @DennisHof pic.twitter.com/Q1JkntD2ku

Heidi Fleiss, a former madam and @ElectHof close friend, speaks about spending time together yesterday. She rushed to @LoveRanchVegas this afternoon after finding out what happened. @KTNV pic.twitter.com/rIvhwFcueF

Hof also owned Love Ranch in Mound House, along with a number of other brothels. The Moonlite Bunny Ranch in Northern Nevada was featured on the HBO series "Cathouse."

While Hof frequently made headlines related to his brothels, he made national news in June when he won the Republican primary for Assembly District 36, which covers parts of Nye, Clark and Lincoln counties. Hof's name is remaining on the ballot but elections officials will be posting notices of his death at polling places.

If Hof were to win the election posthumously, the governor has the authority to appoint someone from the same political party to the position.

Hof called himself the "Trump from Pahrump" and had released a book called "The Art of the Pimp" in 2015.

From the last time I was in Nye County - “the Trump from Pahrump” who turned his fame as a brothel owner into a run for State Assembly - Dennis Hof passed away just days after his 72nd birthday and just days before Election Day @KTNV pic.twitter.com/jSR5Z1gkjv

Hof was no stranger to controversy. In September, an investigation into sexual assault allegations against Hof was launched after a report in Carson City. Hof has been accused of sexual assault on at least three occasions since 2005 at his rural Nevada brothels.

Also this year, Hof lost his license for the Love Ranch in Crystal in August before getting it reinstated. The brothel's license was suspended earlier this year as well.

Love Ranch also made headlines just over three years ago after then-NBA star Lamar Odom was found unconscious after an overdose at the brothel.

I will never forget this kind man who gave me his time to interview him. Never did he behave he was better than anyone. #RIPDennisHof

I have just been informed that My friend and one of the most generous men I have ever known in my Life @DennisHof has passed away To say that I am heartbroken is an understatement,Dennis passed all the salesmanship & bravado was truly an Amazing man and I will Miss him very Much pic.twitter.com/qd7kqFJuau

Sincere Condolences to the family and friends of a great politician, Dennis Hof. He breezed through the Nevada State primary in an upset and some were saying, he may eventually become Governor of Nevada. pic.twitter.com/EAg8rJhHvh

Today I lost one of my best friends. I am the one who found him. Every year we spend the weekend together for his birthday. He said this was the best year ever. I will miss him every day. Rest In Peace Daddy D. #DennisHof @DennisHof pic.twitter.com/Q1JkntD2ku