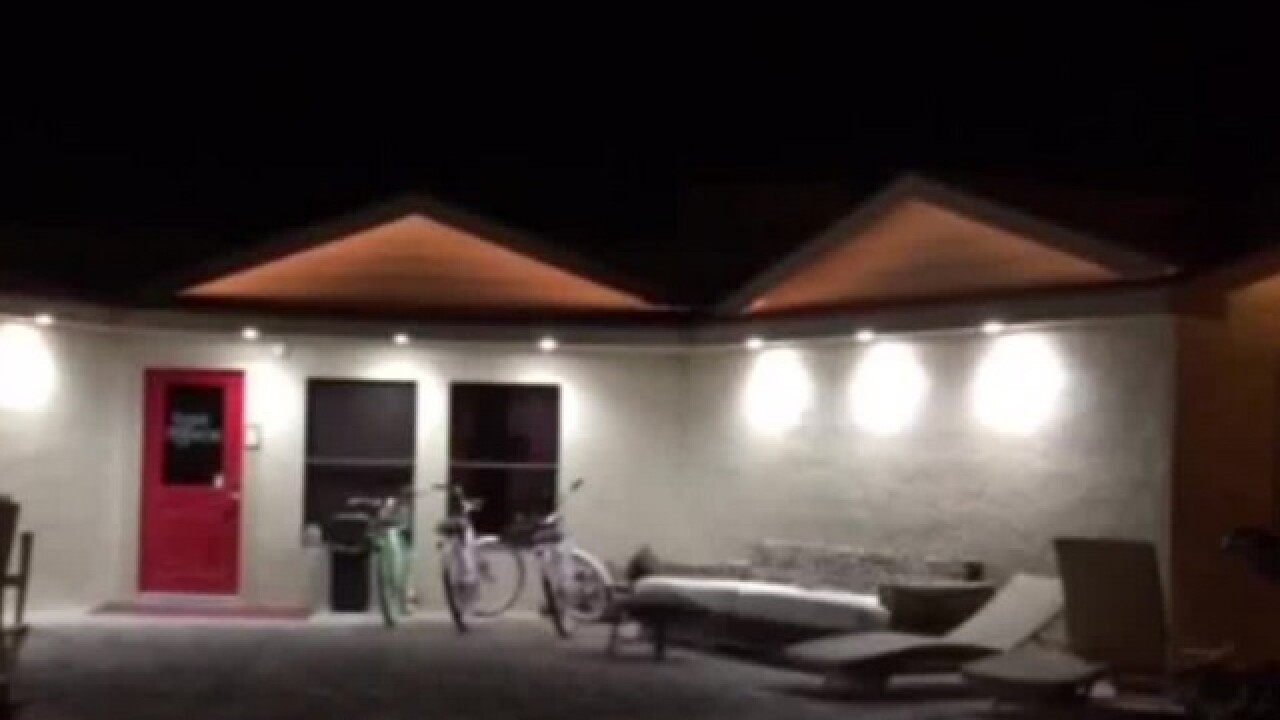 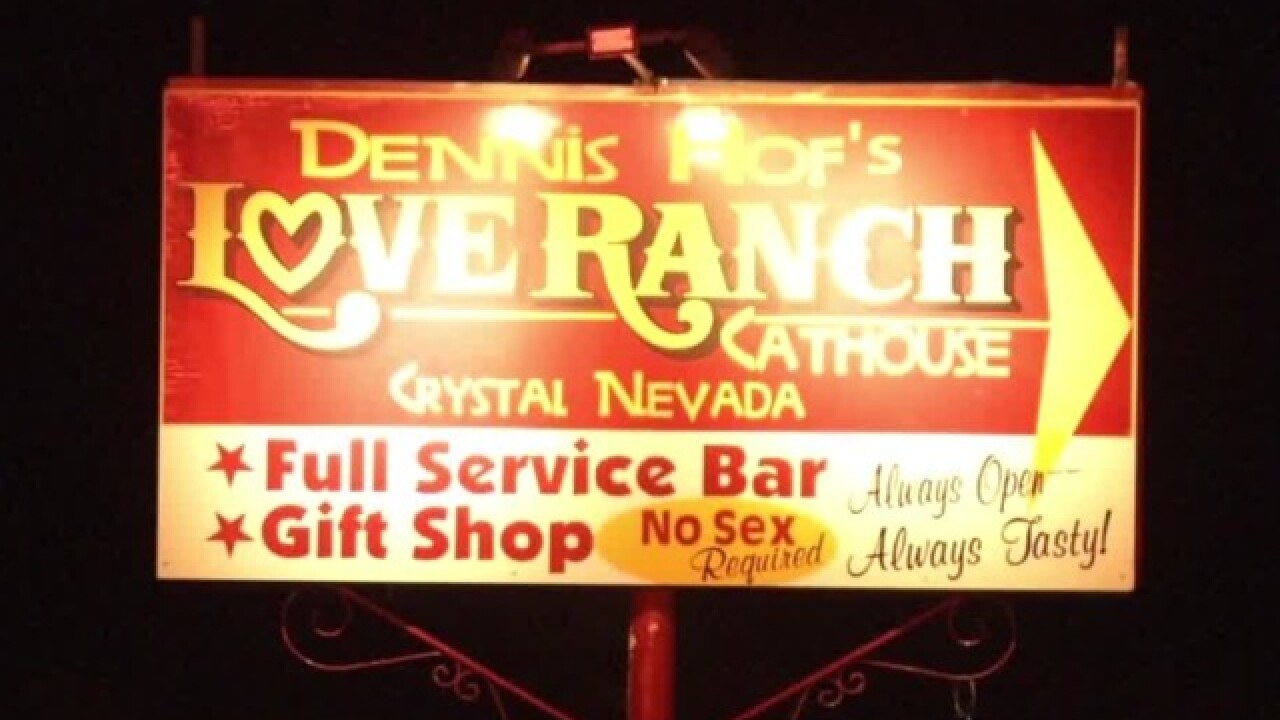 UPDATE: Famed brothel owner Dennis Hof says he spent part of Monday in a meeting with Nye County leaders in hopes of restoring the license for the Love Ranch north of Las Vegas.

Hof said the ruling that ultimately led to him turning the license over Sunday morning, was politically motivated.

"They closed me down against the other two county commissioners wishes and the sheriff," Hof, who is running for State Assembly said.

Sheriff Sharon Wehrly issued a statement Monday saying she tried to negotiate a resolution to the dispute over the fire sprinklers in the brothel buildings before being instructed to take the license Sunday morning.

"There was confusion about the applicability of the laws and conflicting information given by Nye County Director of Planning Darrell Lacy. Lorinda Wichman claimed that she was advised by the Planning Department that the Fire Marshall did advise the county of code violations," Wehrly said in a statement.  "Sheriff Wehrly was present for a phone call to the State Fire Marshall who stated that he did not advise Nye County Planning Department that the Love Ranch was not in compliance with fire code. Sheriff Wehrly worked, at the Fire Marshall’s request, to negotiate a meeting with all parties involved."

Wichman who is the Chairperson of the Liquor and Licensing Board told 13 Action News the sheriff was mistaken.

The chairperson said she never told the sheriff the Fire Marshall made any such statements.  She said the issue was over unapproved changes to the brothel buildings over the years that would require sprinklers be installed.

But Hof said he has been operating the brothel for years without problems, and the issues only arose after he entered the race for State Assembly against James Oscarson.

Hof saying the move to suspend his license came from political supporters of Oscarson.

"They are doing everything they can to discredit me," Hof said.

Wichman called the claims "Mr. Hof's fantasy," adding the investigation came about as a result of a complaint to the county.

As for his political opponent, a spokesperson for Oscarson said they tried to avoid commenting on the issue, but sent out a statement to address Hof's claims:

“Mr. Hof, once again, appears to be certain that he is above the law. He did not respond when it became evident that he was in danger of losing his brothel license. What did he do next? He blamed me, and other elected officials, for a situation he put himself in, by apparently not following county and state codes, on numerous occasions. I am reminded of a quote, by Stephen R. Covey, “You can’t talk your way out of a problem you behaved yourself into,” Oscarson said in a statement.

For now, Hof said he is paying his employees who can not work as he works to get the license restored.

Hof said he might have to pursue legal action.

PREVIOUS STORY: Nye County is suspending the license of Dennis Hof, the owner of the Love Ranch Brothel.

Authorities say that his brothel is not up to code -- with significant fire and safety violations.

The Love Ranch Brothel surrendered its privilege license in the early morning hours of Feb. 25 during normal business hours. An agent for the business was notified by email of the pending action to suspend the license prior to the arrival of the Nye County Sheriff Office.

The closure came after a vote by the Nye County Commission Feb. 20 after subsequent meetings held on Feb. 21 and 22 failed to produce reconciliation. The decision was made after claims that the facility was not in compliance with fire code related to manufactured housing.

The restaurant, bar and lounge are allowed to remain open for business. The enforcement action only applies to the brothel portion of the establishment. The fire marshall’s meeting will be held on Monday.

Hof will have to get approval from Nye County to get his license reinstated.