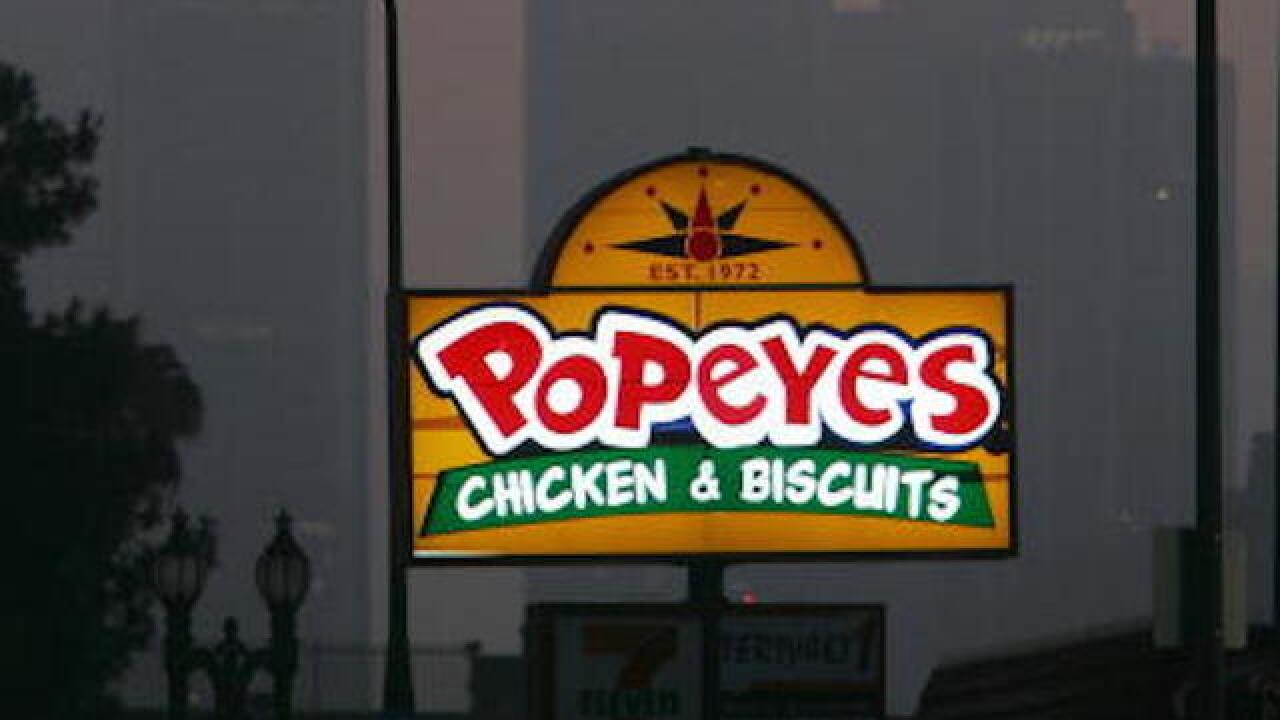 David McNew
<p>LOS ANGELES, CA - JULY 24: A Popeyes fast food restaurant sign glows on July 24, 2008 in the South Los Angeles area of Los Angeles, California. The Los Angeles City Council committee has unanimously approved year-long moratorium on new fast-food restaurants in a 32-square-mile area, mostly in South Los Angeles, pending approval by the full council and the signature of Mayor Antonio Villaraigosa to make it the law. South LA has the highest concentration of fast-food restaurants of the city, about 400, and only a few grocery stores.  (Photo by David McNew/Getty Images)</p>

In a 10-page lawsuit filed on Feb. 7 in a San Antonio courtroom, Karen Goode claims she contracted a “New World Screwworm” after eating at a local Popeyes Restaurant. The lawsuit alleges that the worm laid eggs inside her digestive track, which “embedded in the interior lining of (her) small intestine.” The eggs then hatched, and “began to eat (her) alive from inside-out.”

Goode claims she “ravaged” by E. coli and other bacterial infections, and the screwworm caused injuries her neck, digestive tract, shoulders and arms.

Goode is seeking $1 million from Atlanta-based Popeye’s Chicken and Z & H Foods, a Texas-based company that owns the franchise rights to the restaurant at which Goode ate.

However, according to the Washington Post, some scientific experts are balking at Goode’s claim.  Gwen Pearson, an educational outreach coordinator at the Purdue Department of Entomology told the paper that “nothing about this, biologically, is unsound.”

“While investigating this matter, the franchisee has worked with outside parties who have found the claims to be unfounded and false,” Popeyes spokeswoman Renee Kopkowski told the Washington Post in a statement. Kopkowski also told the San Antonio Express-News that the franchise had been working with Goode for more than a year to address her concerns.

Popeyes faced a lawsuit from another plaintiff late last year, when a Mississippi man sued the restaurant after he choked on his meal and claimed the restaurant failed to provide him a knife and fork. He dropped the lawsuit shortly after filing it.