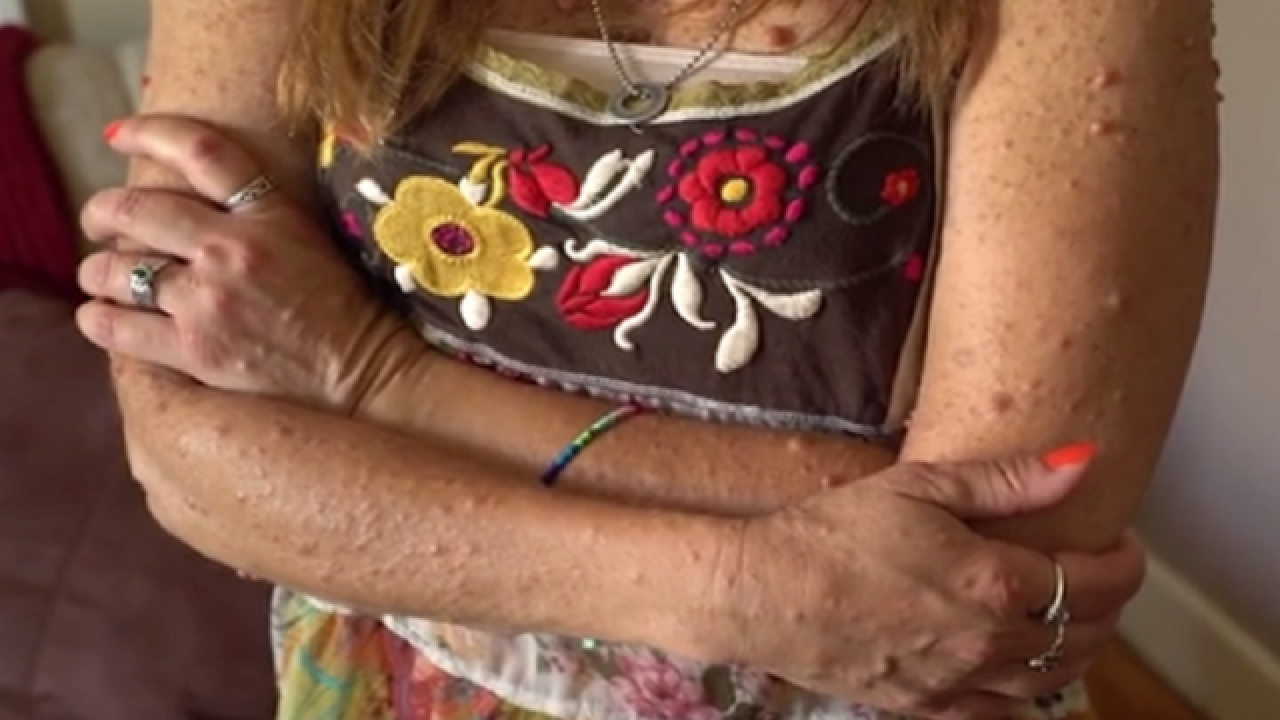 A shocking and rare condition has left an Indiana woman with nearly 6,000 large tumors covering her entire body.
Libby Huffer, 44, was diagnosed with Neurofibromatosis Type 1, a rare skin disease that causes non-cancerous lumps, when she was five years old, according to Rumble.com.
The mother from Fort Wayne is thought to be one of the few people in the world with the condition.
She lived a happy, normal life until her teenage years when hundreds of bumps began to develop on her skin.
After the first outbreak, she was severely bullied by people who thought she was contagious and gave her the nickname Lizard-Breath.
The cruel comments prompted her to eventually change her name from Elizabeth to Libby to avoid the painful reminder of the bullying.
In 1993, while pregnant with her daughter, Libby's hormones caused the tumors to multiply, leaving the mother with over 5,500 tumors that span from her forehead to her feet. She also suffers from chronic pain.
Despite ten operations to remove the lumps, surgery has failed and some of the tumors have even grown back.
Libby’s last hope is for specialist treatment to obliterate thousands of the tumors in a five hour session. Recently she braved showing her skin in public in the hope of trying to attract funding for the treatment.
IF YOU WISH TO MAKE A DONATION TO LIBBY'S SURGERY FUND YOU CAN DO SO HERE: https://www.gofundme.com/LibbysNFsurgery
KTNV