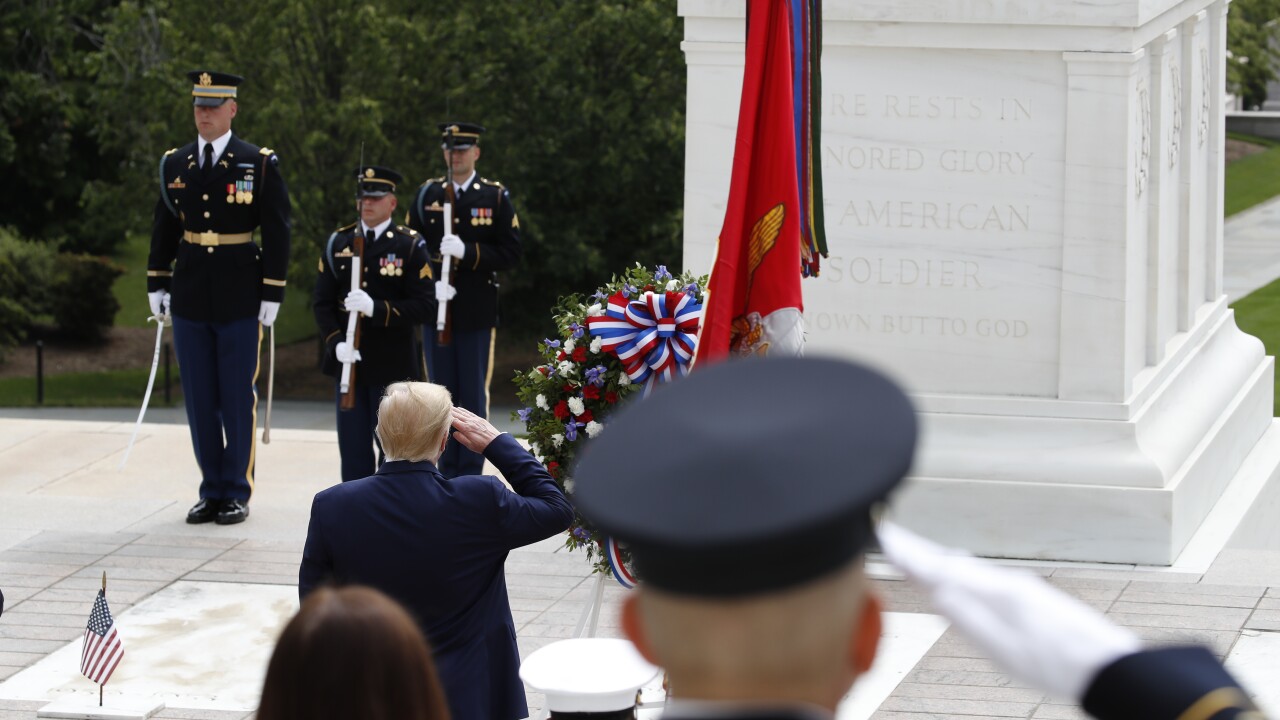 Copyright 2020 The Associated Press. All rights reserved.
Alex Brandon/AP
President Donald Trump salutes before placing a wreath at the Tomb of the Unknown Soldier in Arlington National Cemetery, in honor of Memorial Day, Monday, May 25, 2020, in Arlington, Va. (AP Photo/Alex Brandon)

Trump first participated in a wreath-laying ceremony at Arlington National Cemetery on Monday. He was joined by first lady Melania Trump, Vice President Mike Pence, his defense secretary and other cabinet members

The president laid a wreath at the Tomb of the Unknown Soldier overlooking rolling hills dotted with white tombstones.

Presidents typically honor fallen military members by laying a wreath and delivering a speech at the hallowed burial ground across the Potomac River from Washington. But the pandemic has led to changes this year because of restriction on gatherings.

Watch the ceremony below:

Next, the president headed to Baltimore to speak at the Fort McHenry National Monument. It’s where the hoisting of a huge American flag to celebrate an important victory over the British during the War of 1812 inspired “The Star-Spangled Banner.”

Watch the Baltimore event below:

Baltimore's mayor is unhappy about Trump's visit, saying it sets a bad example when many residents have been told to limit travel.

Mayor Bernard C. “Jack” Young also says the city can't afford the cost of a presidential visit when city revenue is declining because of the virus outbreak.