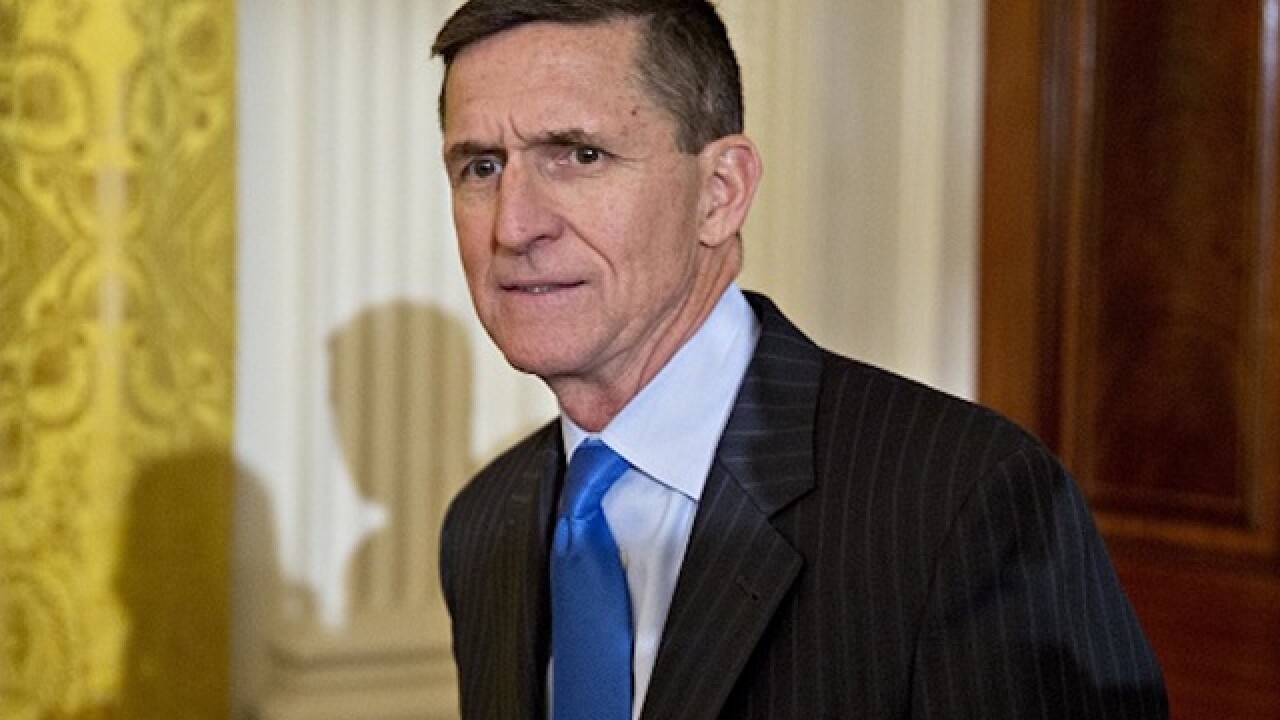 Copyright Getty Images
Andrew Harrer
<p>Retired Lieutenant General Michael Flynn, U.S. national security advisor, arrives to a swearing in ceremony of White House senior staff in the East Room of the White House in Washington, D.C., U.S., on Sunday, Jan. 22, 2017. Trump today mocked protesters who gathered for large demonstrations across the U.S. and the world on Saturday to signal discontent with his leadership, but later offered a more conciliatory tone, saying he recognized such marches as a hallmark of our democracy. Photographer: Andrew Harrer/Bloomberg</p>

Two people familiar with the situation say the Justice Department warned the Trump administration about Michael Flynn's contacts with Russia.

One of the people says the Justice Department told the administration there was a discrepancy between what the White House was saying publicly about Flynn's contacts and the facts of what occurred.

The person says the Justice Department was concerned that Flynn could be in a compromised position.

A Trump administration official says the White House has been aware of the Justice Department warning for "weeks." That official would not say if the president had been briefed on the matter.

The two people were not authorized to discuss the matter by name and spoke on condition of anonymity.

The Washington Post first reported the communications with the Justice Department.