White House: Trust between Flynn and Trump had been eroding for weeks 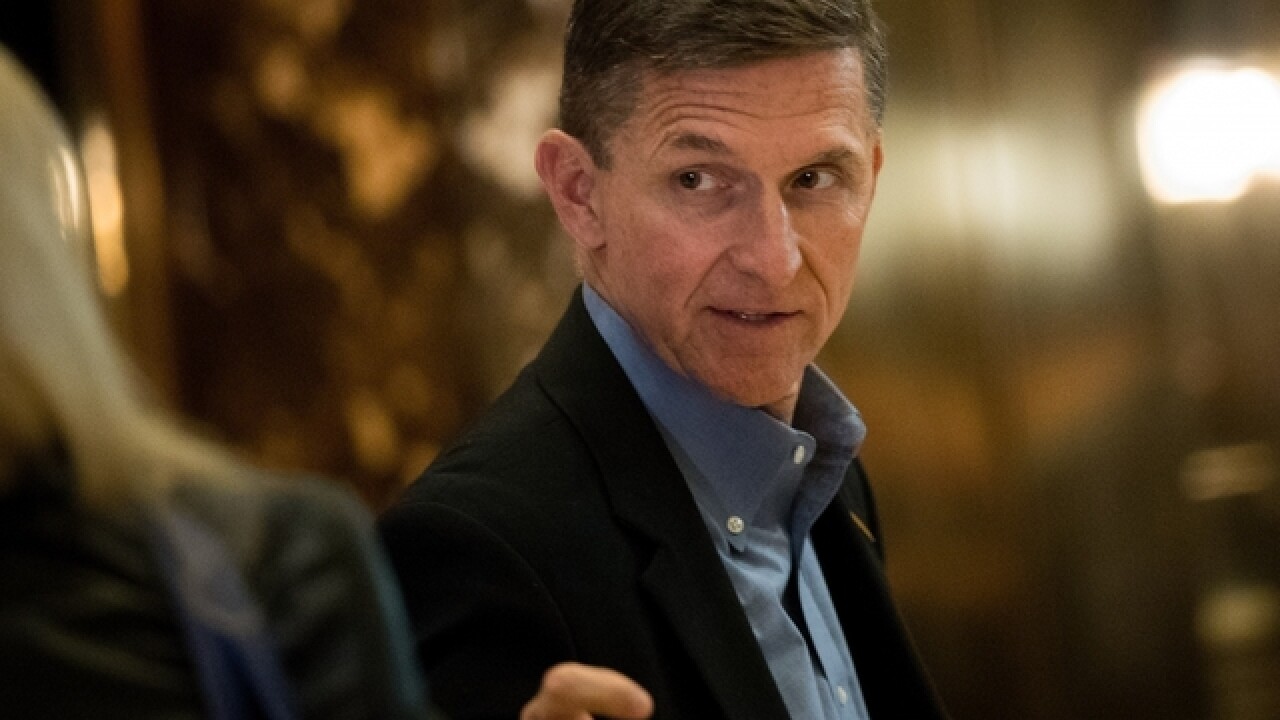 Trump's spokesman Sean Spicer insisted that Flynn had done nothing illegal but had lost the confidence of the President in an escalating drama that has focused scrutiny on Trump's handling of the issue and his ties with Moscow.

Trump therefore felt he could not trust his top foreign policy right-hand and on key national security issues like China and the Middle East, Spicer said.

Spicer said there had been "a series of other questionable instances" in Flynn's conduct that led to Trump losing confidence in him but he did not elaborate on what they were.

The drama over Flynn now threatens to morph into a much wider and more damaging controversy for the White House, that could involve congressional investigations and possibly shake loose even more allegations about the administration's conduct and relationship with Moscow.

"I think everybody needs that investigation to happen," Sen. Roy Blunt, who serves on the Senate Intelligence Committee, said Tuesday on KTRS radio.

Joining his call were Sen. John Cornyn, the No. 2 Republican, and Sen. Lindsey Graham.

"I think Congress needs to be informed of what actually Gen. Flynn said to the Russian ambassador about lifting sanctions," Graham told CNN's Kate Bolduan on "At This Hour."

"And I want to know, 'Did General Flynn do this by himself or was he directed by somebody to do it?' " the South Carolina Republican added.

Virginia Sen. Mark Warner, the top Democrat on the Senate Intelligence Committee said, "The American people deserve to know at whose direction Gen. Flynn was acting when he made these calls, and why the White House waited until these reports were public to take action."

But the President and some House Republicans launched a fight back, trying to focus attention on the source of disclosures about Flynn's contacts with Russia that appear to have emerged from intelligence surveillance of the Russian embassy.

"The real story here is why are there so many illegal leaks coming out of Washington? Will these leaks be happening as I deal on N.Korea etc?" Trump tweeted in his first public reaction to Flynn's departure.

House Intelligence Committee Chairman Devin Nunes said the focus of any investigation should be how news of Flynn's calls leaked out.

But the gravity of questions left by Flynn's resignation meant it was unlikely that the President's initial defense on the issue will hold up for long.

White House spokesman Sean Spicer is likely to face a buzzsaw of questions about the drama when he walks into the bear pit of the White House Briefing Room on Tuesday at 1 p.m. ET.

The White House is also facing demands to reveal what it did with the information about Flynn sent over by the Justice Department at the end of January and whether Trump was told about it.

Democrats and some Republicans are also asking whether Trump instructed Flynn to talk to the Russian ambassador last year about sanctions imposed by the Obama administration to punish alleged Russian interference in the presidential election.

Russia did not respond in its normally aggressive way to the explosion of alleged agents from its diplomatic posts in the US and the closure of several compounds allegedly used for espionage activities, leading to suspicion that it believed that the Trump administration would act in a way more conducive to Moscow's position.

If Flynn discussed detailed policy with the Russian envoy, he could have theoretically have infringed the Logan Act that prevents private citizens negotiating with foreign governments on their disputes with the United States.

More fundamentally the Flynn saga thrusts Trump's relationship and admiration for Russian President Vladimir Putin back in the spotlight.

Many Washington power players have been astonished by the President's frequent defenses of the Russian leader and determination to improve relations with the Kremlin, despite Moscow's turn to Cold War-style confrontational policies in recent years.

CNN has reported that US intelligence agencies told Trump and then President Barack Obama about Russian efforts to build up compromising financial and personal information about him last month.

Trump has also refused to release his tax returns to rebut claims that he is not being truthful when he says he has no investments or exposure to Russia.

Some Republicans also called on the White House for more disclosure. New York Rep. Peter King told CNN's Manu Raju that Trump should say whether he told Flynn to talk to the Russian about sanctions.

"I think that should be asked to the President," King said. "To the extent that you're talking about diplomacy and some sensitive issues but for the most part I think it's important for the President to lay out what happened, yes."

In the short term, Trump is now faced with finding a replacement for Flynn at a time of deep uncertainty over the direction of his administration, and with a new foreign policy crisis looming after North Korea's missile test at the weekend.

Lt. Gen. Keith Kellogg is serving as acting national security adviser but is not expected to keep the job long term.

Senior administration officials told CNN that the front-runner for the post is former Vice Admiral Bob Harward, a former Navy SEAL who worked for Defense Secretary James Mattis at Central Command was the favorite.

But retired General and ex-CIA chief David Petraeus is also said to be making a run for the job.

Petraeus is widely respected in Washington over his stewardship of the Iraq war surge and is a consummate political player.

But Petraeus fell from grace over the mishandling of classified information and remains on probation.

Whoever is picked to head the national security council will face a tough job to restore morale and to flesh out the entire White House policy apparatus at a time of turmoil and uncertainty in the administration.

One senior administration official said the NSC was in a "holding pattern right now," with no one knowing whether existing appointees would stay on.