Tiger Woods posts 65 in second round back from injury 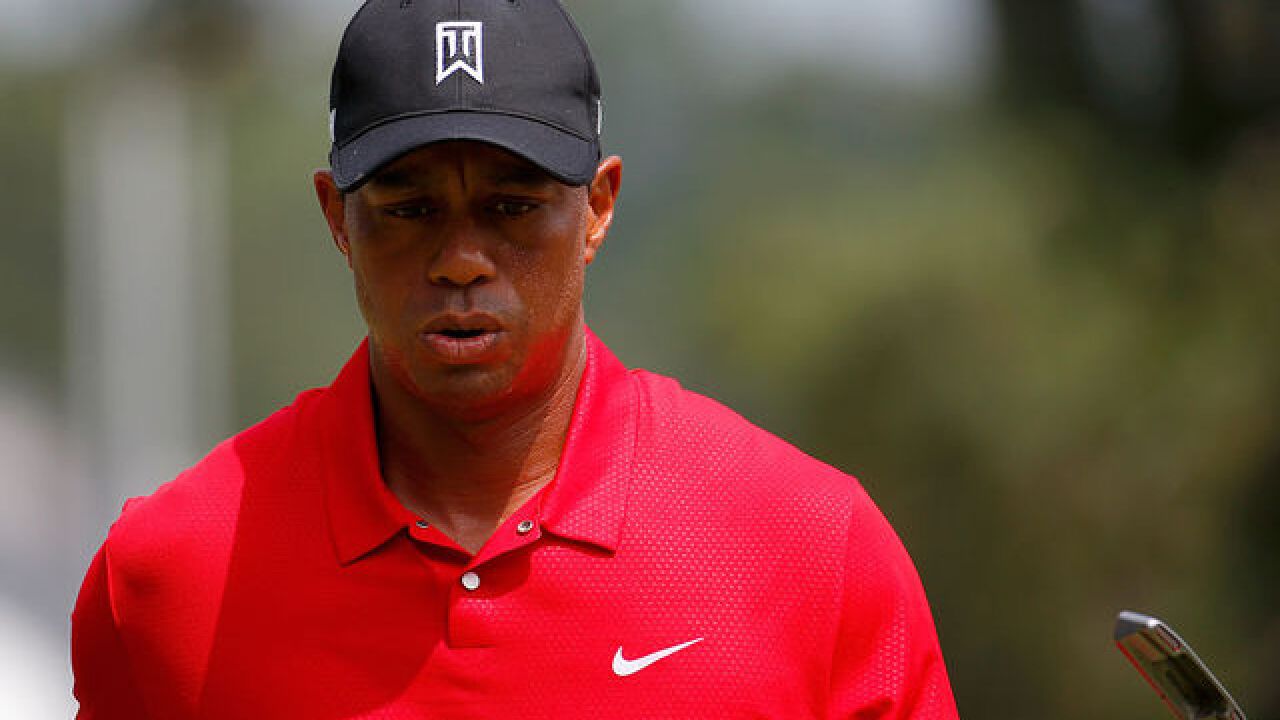 NASSAU, Bahamas (AP) — Tiger Woods saved par from the dunes with a shot so good that two spectators ran over and scooped up sand for a souvenir.

It also served as motivation Friday at the Hero World Challenge. The tee shot on the par-3 eighth that landed next to a bush was so bad that Woods said he told caddie Joe LaCava after his par putt, "I'm not dropping a shot."

Woods capped a bogey-free round with an even more unlikely par save on the 16th hole. What stood out on a balmy day at Albany was a seven-hole stretch in the middle of the round in which he never really missed a shot. It led to enough birdies for a 7-under 65, leaving him six shots behind and in a tie for ninth in the 17-man field.

His golf was as good as it was Thursday, his first competition in 15 months, only this time he eliminated the mistakes.

"I wanted to keep that card clean," Woods said. "I don't know what it is about playing and competing, but keeping cards clean, there's something really special. And it feels pretty good about doing that."

And he did it quickly, in just under three hours.

Justin Rose, who opened with a 74, withdrew with back problems. That left Woods as a single, and when he realized there would not be much wind, he felt he could play just as well without a marker (typically the club pro) to get a feel for how various shots might be affected.

He was on his own and moving in the right direction.

The par save on No. 8 and a wedge to tap-in range on the No. 9 allowed him to make the turn in 33, just like Thursday. The difference was how he finished.

After pounding a drive down with the wind at his back on the par-5 11th — he had to carry a bunker 290 yards away — he switch to a 5-iron to play away from a bunker to the right of the green, making sure he would have the right angle to the pin. It was right where he was aiming, a yard off the green, setting up an easy two-putt birdie. He followed that with a 6-iron to a foot for birdie on the 12th, a 10-foot birdie putt on the 14th and a two-putt birdie on the par-5 15th.

He made seven birdies, but nothing brought out the emotion like a par.

His tee shot on the 16th, where he made double bogey Thursday, took a wild hop into a bush in the sandy area. Enough of the ball was showing that Woods tried to hit 6-iron to the front bunker, but it came out heavy into more of the waste area. The next shot was well beyond the hole.

The par putt dropped on its final turn, and Woods thrust his fist toward the cup and slapped the face of his putter.

Two more pars, and he was done and feeling much better about the next two days.

"I really had it dialed in both ways," he said. "I was shaping it both ways and I really had nice control of my (trajectory). That was the key. I was able to keep the ball down when I needed to and send it at times."

Woods stayed out of golf following two back surgeries over the last three months of 2015, and he had not competed since a tie for 10th at the Wyndham Championship on Aug. 23, 2015. There have been no issues with his back, and Woods said he has made a few changes with his swing and how much he works away from golf.

If he looks slimmer, he says he picked up an illness from his children over Thanksgiving. More relevant is that he said he no longer lifts as much weight or runs as he once did. Woods said he used to run 30 miles a week in his early days on tour.

"I've had four knee surgeries, three backs. My body's been through it," he said.

As for the weights?

"I don't load the spine like I used to," he said. "I'm trying to do other things to gain strength. I don't have any problem with suppleness and flexibility, but I also need to have stability."

As for his swing, Woods said he has made subtle changes to alleviate the strain on his back.

"I've tried to go back and look at and do some stuff that I used to do as a junior that I did naturally," he said.

Another change is that he is at Albany without a swing coach. Woods began working with Chris Como in November 2014, but the work is done in what Woods described as "training camps."

"We'll have little windows where we'll practice when I have time to do it," Woods said. "Then I'll shut it down, I'll work on my short game in the backyard, chip and putt, and then we'll have another training camp a week or two later."

The real measure might not come until early next year, when he gets more tournaments and different — and colder — conditions. Friday was just another round, and a step forward.