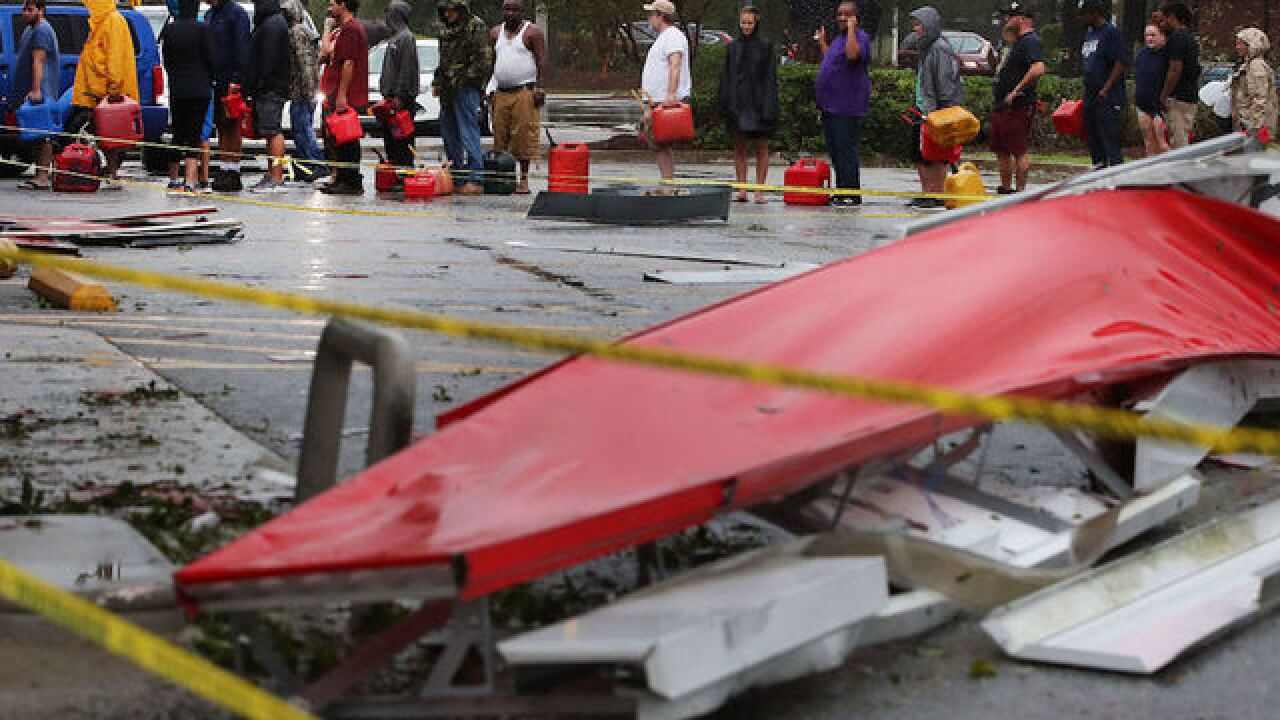 Image copyright 2018 Getty Images. All rights reserved. This material may not be published, broadcast, rewritten, or redistributed.
Mark Wilson
<p>People wait in line to fill up their gas cans at a gas station that was damaged when Hurricane Florence hit the area, on September 15, 2018 in Wilmington, North Carolina. </p>

When North Carolina Governor Roy Cooper declared a state of emergency ahead of Hurricane Florence, the state's price gouging law went into effect.

The law mandates that businesses in the state aren't allowed to spike prices during any natural disaster for necessary items like food, water and hotel rooms.

But so far, the North Carolina Attorney General's office has received more than 500 complaints.

Residents have complained of exorbitant markups on such items as gas and water, Attorney General Josh Stein Stein said Sunday.

Stein said his office is also getting reports of hotels over-charging evacuees.

The price gouging law will be in place until Governor Roy Cooper lifts the state of emergency.

Stein also warned storm victims to be vigilant when repairing their homes after the storm and look out for price gouging and scams.

Businesses that charge too much may have to refund customers and pay up to $5,000 for every violation.

To report, potential price gouging in North Carolina, call 1-877-5-NO-SCAM or file a complaint at www.ncdoj.gov.