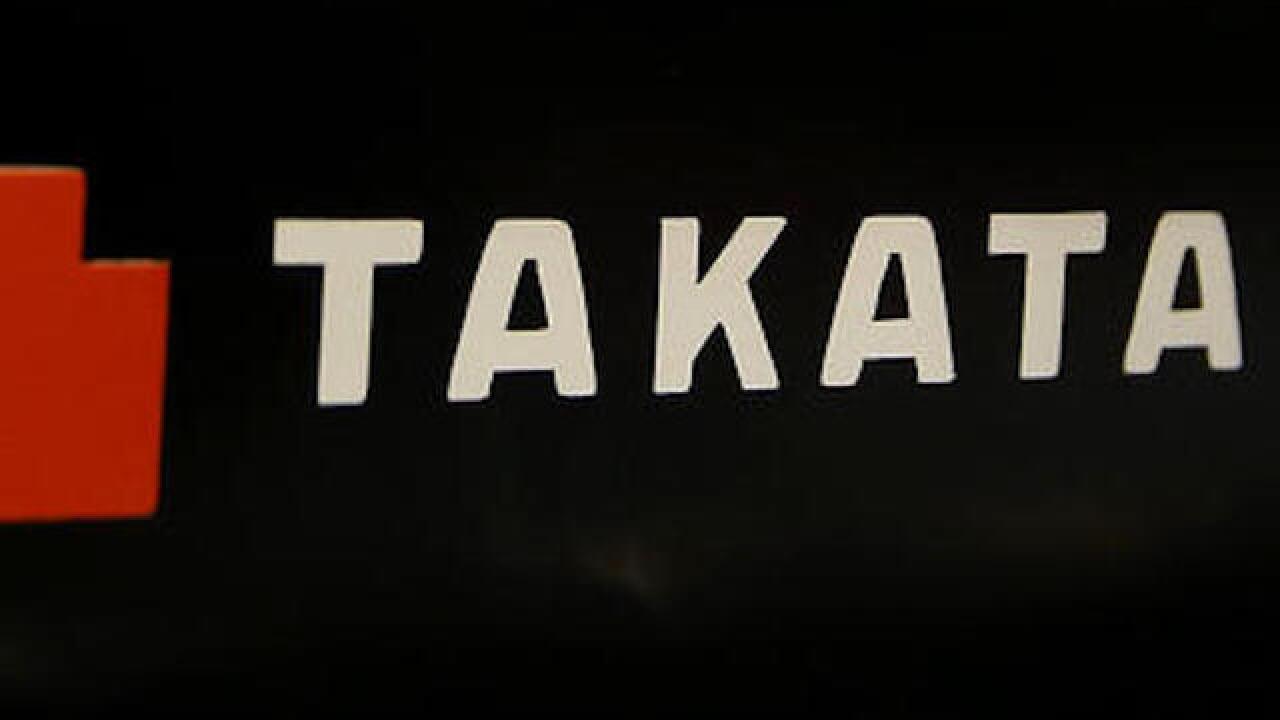 Copyright Associated Press
Shizuo Kambayashi
<p>In this July 6, 2016 photo, the logo of Takata Corp. is seen at an auto-supply shop in Tokyo. Takata Corp., the Japanese company at the center of a massive global air bag recall, is sticking to its forecast of posting a 13 billion yen ($129 million) profit for the fiscal year through March. It reported on Friday, Aug. 5, 2016, an April-June profit of 2 billion yen ($19.8 million), down 33 percent from the same period the previous year, as quarterly sales slipped 7 percent to 169 billion yen ($1.7 billion). (AP Photo/Shizuo Kambayashi)</p>

DETROIT (AP) — Air bag maker Takata Corp.'s troubles worsened Monday as the company confirmed that a truck carrying its inflators and a volatile chemical exploded last week in a Texas border town, killing a woman and injuring four others.

The truck, operated by a subcontractor, crashed, caught fire and exploded Aug. 22 in the small town of Quemado, about 140 miles from San Antonio, leveling the woman's house. The company says it sent people to the site and is helping authorities investigate the crash.

Takata has a warehouse in nearby Eagle Pass, Texas, and it has an air bag inflator factory across the border in Monclova, Mexico.

The News Gram of Eagle Pass identified the victim as Lucila Robles.

Takata says it has strict procedures covering transportation of its products that meet all government regulations. The explosion left debris up to two miles from where the truck crashed, The News Gram reported.

Takata sent employees to the Quemado Public Library last week to advise residents to report any suspicious material on their property so it could be disposed of properly, the newspaper said. Authorities searched the area with metal detectors in an effort to find any inflator canisters.

Sheriff Tom Schmerber told the paper that to his knowledge, the county clean-up has finished.

Robles charred vehicle was one of the only items remaining at the scene of her home. It was later taken away.

Takata uses ammonium nitrate to create a small explosion that fills air bags in a crash. But the chemical can deteriorate when exposed to prolonged heat and humidity and burn too fast. That can blow apart a metal canister and hurl shrapnel into drivers and passengers. At least 11 people, and probably 14, have died worldwide due to Takata inflator explosions. The deaths have occurred in the United States and Malaysia, where three remain under investigation.

The Takata factory in Monclova made the faulty inflators that were blamed in several of the deaths.

The deaths and more than 100 injuries sparked a massive global recall of more than 100 million inflators, including 69 million in the U.S. in what has become the largest automotive recall in U.S. history.

Earlier this month Takata stuck to its forecast of a $129 million profit for the fiscal year through March. It reported a quarterly profit of $19.8 million from April through June. But analysts note that recall costs that are now being shouldered by automakers eventually will be billed to the Tokyo-based Takata, which has had two straight years of losses over the recalls.