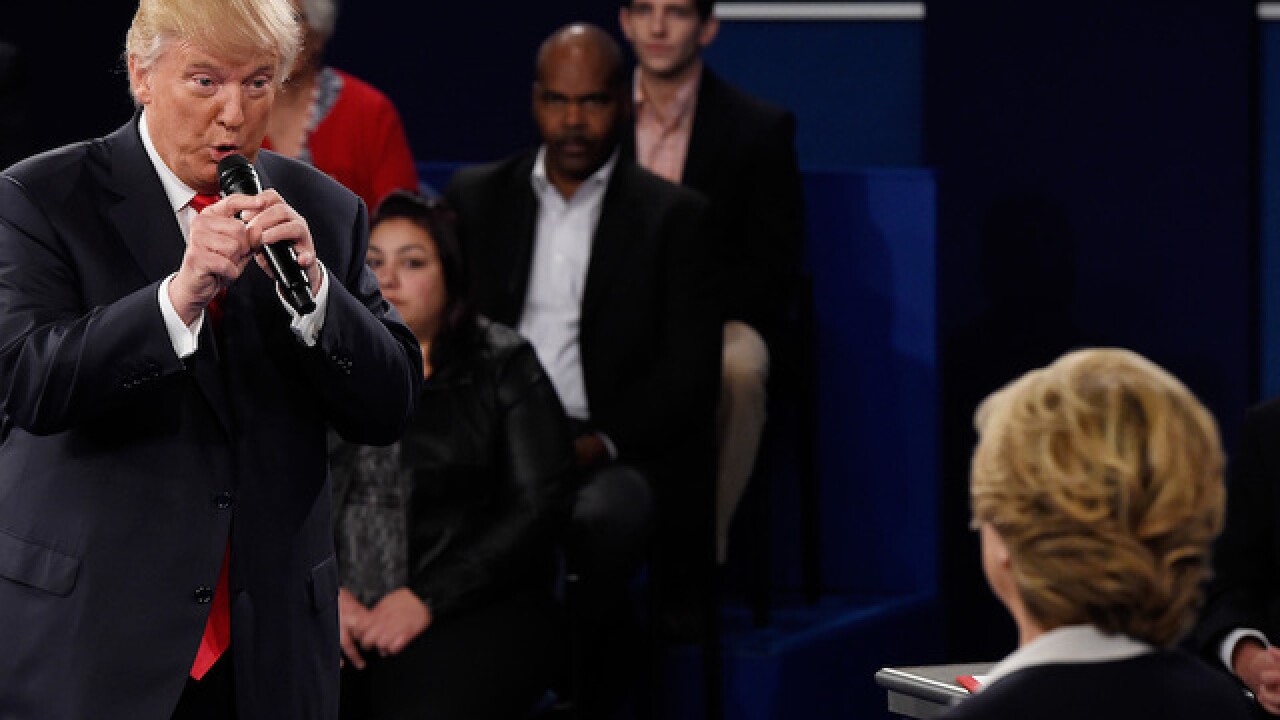 But how accurate will they be in their statements?

PolitiFact has teamed up with us to give some insight into how truthful the candidates are in their statements. Get the latest fact checks here. This page will analyze statements made by Republican presidential candidate Donald Trump.

"Middle-income Americans and businesses will experience profound relief, and taxes will be greatly simplified for everyone, I mean everyone," Trump said. "America is one of the highest-taxed nations in the world. Reducing taxes will cause new companies and new jobs to come roaring back into our country. Believe me, it'll happen and it'll happen fast."

Trump adjusted previous statements where he said the United States has the highest tax rate. America is slightly behind the middle of the pack when it comes to taxed revenue portion of gross domestic product.

The United States does have the third-highest general top marginal corporate tax rate with a 39.1 percent tax rate on corporate profits, but in practice companies claim deductions and exclusions to lower their tax rates.

It was unclear from the debate whether Trump was talking about corporate tax rates.

The statement is Mostly False .

LIVE FACT-CHECK: Trump again is wrong claiming the U.S. is one of the highest-taxes nations in the world. https://t.co/PyMbqE0r3N pic.twitter.com/ip7J5oh97a

Trump rated as Half True on Clinton emails

Trump said Clinton deleted 33,000 emails after getting a subpoena. Clinton's campaign has not argued that she did not delete 33,000 emails, but have said the emails were personal in nature and did not need to be turned in.

But Clinton's team has denied that they deleted the emails after getting a subpoena on March 4, 2015. However, an August 2016 FBI report shows that emails were deleted by a Platte River Networks employee between March 25-31, 2015 after subpoena.

However, the FBI report shows that no one from Clinton's staff asked for the emails to be deleted at that time. Emails older than 60 days were supposed to be deleted after a Dec. 5, 2014 request. The FBI found no information that the emails were deleted to avoid the subpoena.

Trump continues to say that he was against the Iraq War before the war started. Whereas he is correct in saying that Clinton supported the war , Trump takes it a step too far when saying he opposed the war before it started.

No examples of newspaper articles or television transcripts from 2002 through 2003 yielded any examples of Trump unequivocally denouncing the war until a year after the war started.

In a 2002 interview with Howard Stern, Trump was asked if America should go to war and Trump said, "Yeah, I guess so."

On Jan. 28, 2003, just under three months before the invasion, Fox News’ Neil Cavuto asked Trump whether President George W. Bush should be more focused on Iraq or the economy.

Speaking of Iraq, Trump said, "Well, he has either got to do something or not do something, perhaps, because perhaps shouldn't be doing it yet and perhaps we should be waiting for the United Nations, you know. He's under a lot of pressure. I think he's doing a very good job. But, of course, if you look at the polls, a lot of people are getting a little tired. I think the Iraqi situation is a problem. And I think the economy is a much bigger problem as far as the president is concerned."

Trump did have a harsher critique in an article that appeared in the August 2004 edition of Esquire:

"Look at the war in Iraq and the mess that we're in. I would never have handled it that way. Does anybody really believe that Iraq is going to be a wonderful democracy where people are going to run down to the voting box and gently put in their ballot and the winner is happily going to step up to lead the country? C'mon. Two minutes after we leave, there's going to be a revolution, and the meanest, toughest, smartest, most vicious guy will take over. And he'll have weapons of mass destruction, which Saddam didn't have.

"What was the purpose of this whole thing? Hundreds and hundreds of young people killed. And what about the people coming back with no arms and legs? Not to mention the other side. All those Iraqi kids who've been blown to pieces. And it turns out that all of the reasons for the war were blatantly wrong. All this for nothing!"

But it goes too far to say Trump was among the earliest critics of the war.

Trump blamed the Orlando massacre on the country's "failed immigration system" and said refugee admission was the equivalent of a "better, bigger, more horrible version of the legendary Trojan horse."

He said he would suspend immigration from "areas of the world where there is a proven history of terrorism against the United States."

"Altogether, under the Clinton plan, you'd be admitting hundreds of thousands of refugees from the Middle East with no system to vet them, or to prevent the radicalization of their children," Trump said June 13. "The burden is on Hillary Clinton to tell us why she believes immigration from these dangerous countries should be increased without any effective system to screen."

While Trump makes a point about the system's effectiveness, there has been a system in place for the last three decades.

The vetting begins with the United Nations High Commissioner for Refugee, which figures out who counts as a refugee, who should be resettled and which countries would take them. This part can take four to 10 months.

Syrian refugees must clear one extra hurdle. Their documents are placed under further scrutiny and cross-referenced with classified and unclassified information.

The process typically takes one to two years or longer and happens before a refuge ever steps onto American soil. Ultimately, says the State Department, about half are approved, and there’s no real precedent of a terrorist slipping in through the vetting system.

Clinton and Obama prefer not to use those words and say that using those terms would bolster the story terrorist use.

Trump said Clinton wants single-payer health care plan. The statement is not accurate. Clinton has vowed to defend and build upon the Affordable Care Act, but has consistently resisted a single-payer option.

"She wants to go to a single-payer plan, which would be a disaster," Trump said during the presidential debate at Washington University in St. Louis Oct. 9. "Somewhat similar to Canada. And if you ever noticed the Canadians -- when they need a big operation when something happens, they come into the United States in many cases because their system is so slow, it's catastrophic in certain ways. But, she wants to go to single payer which means the government basically rules everything."

A single-payer system means that the government provides health care for everyone and is a program pushed by some Democrats.

Clinton has supported an expansion of the Affordable Care Act to include a public option.

"Defend and expand the Affordable Care Act, which covers 20 million people. Hillary will stand up to Republican-led attacks on this landmark law—and build on its success to bring the promise of affordable health care to more people and make a "public option" possible. She will also support letting people over 55 years old buy into Medicare," her campaign website said.

But Clinton has not called for a single-payer plan.

The statement was rated as False.

Trump was rated as False that the Clinton campaign starter the birther movement.

Trump said that Clinton advisor Sidney Blumenthal told a reporter to look into President Barack Obama's birthplace. Blumenthal has denied and the reporter has said he has no evidence.

Donald Trump was rated as Half True on Obamacare premiums

Trump had said that premiums from the Affordable Care Act had gone up from 35 to 55 percent. That was rated as Half True. Some plans will see hikes at that level, but the numbers were cherry-picked. But estimates for the national average are far below the Trump's figures and range from 4.4 percent to 13 percent.

Trump said Sunday night that premiums are going up 65 percent.

Trump was rated as True on trade deficit