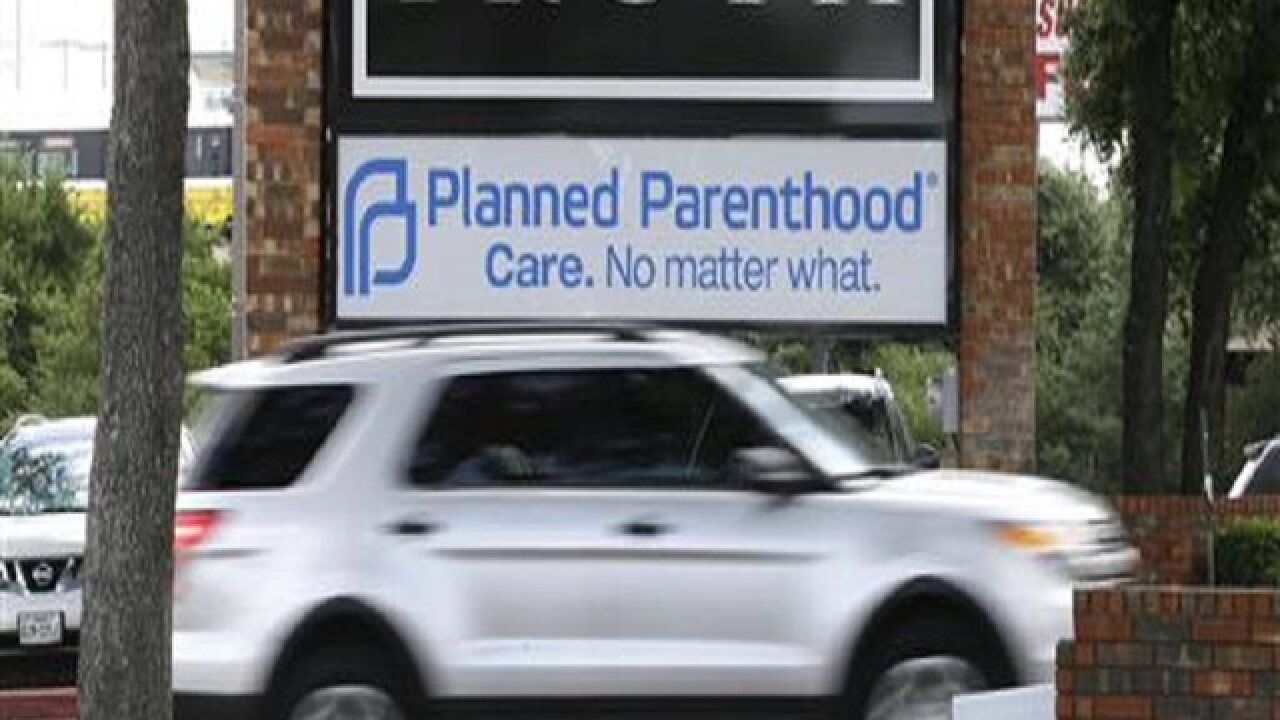 By: Associated Press
Posted at 1:16 AM, Jul 01, 2016
NEW YORK (AP) — Planned Parenthood says it will work with its abortion-rights allies in eight states to repeal laws that may be vulnerable following the recent U.S. Supreme Court ruling that struck down tough abortion restrictions in Texas.
The repeal campaign, announced Thursday, will initially target laws in Arizona, Florida, Michigan, Missouri, Pennsylvania, Tennessee and Virginia, as well as measures in Texas that were not directly addressed by the Supreme Court ruling. Laws in other states may be targeted later.
"We will fight back state by state and law by law until every person has access to safe, legal abortion," said Dawn Laguens, executive vice president of Planned Parenthood Action Fund. "No matter how long it takes, these laws will fall."
On Monday, in a 5-3 ruling, the Supreme Court struck down regulations in Texas that required doctors who perform abortions to have admitting privileges at nearby hospitals and forced abortion clinics to meet hospital-like physical standards. More than half of the state's 41 abortion clinics closed since the law passed in 2013.
The Supreme Court's ruling held that the regulations are medically unnecessary and unconstitutionally limit a woman's right to an abortion.
Soon after the ruling was announced, Texas-style laws were nullified in Mississippi, Wisconsin and Alabama.
Here are the targets of the repeal campaign:
—Missouri: laws requiring abortion doctors to have privileges at nearby hospitals and clinics to meet hospital-like standards. The admitting-privileges law ended access to abortion in a Columbia facility, leaving the state with only one health center that provides abortions.
—Virginia: regulations requiring hospital-like outpatient surgery standards for abortion clinics. Two clinics have closed since the regulations were approved in 2011, citing the new rules as one of the reasons. The regulations are now being reconsidered by the state board of health.
—Florida: Planned Parenthood is seeking repeal of an omnibus bill signed by Gov. Rick Scott. It says doctors who perform abortions must have admitting privileges at a nearby hospital, or the abortion clinic must have a patient transfer agreement. It also prevents any state funds being used to pay for services provided by an organization that also provides abortions.
—Arizona: Planned Parenthood said it would work with Democratic leaders in the legislature to repeal multiple laws restricting abortion access, including measures like those that were struck down in Texas.
—Michigan: regulations that require health centers to be licensed as freestanding surgical outpatient facilities.
—Pennsylvania: A Democratic state senator, Daylin Leach, already has said he will introduce legislation seeking to repeal a 2011 law that tightened requirements at abortion clinics.
—Tennessee: Texas-style restrictions in Tennessee already are the target of litigation.
Carol Tobias, president of the National Right to Life Committee, predicted the repeal campaign would not gain traction in state legislatures.
"The only way the abortion industry has been able to advance the abortion cause is through the courts," she said. "They will have to judge-shop and find which judges were appointed by pro-abortion presidents."
Meanwhile, she said, anti-abortion activists would press ahead with their efforts to enact additional restrictions on abortion.
Copyright 2016 The Associated Press. All rights reserved. This material may not be published, broadcast, rewritten or redistributed.