Photos: Remembering the attack at Pearl Harbor on the 75th anniversary 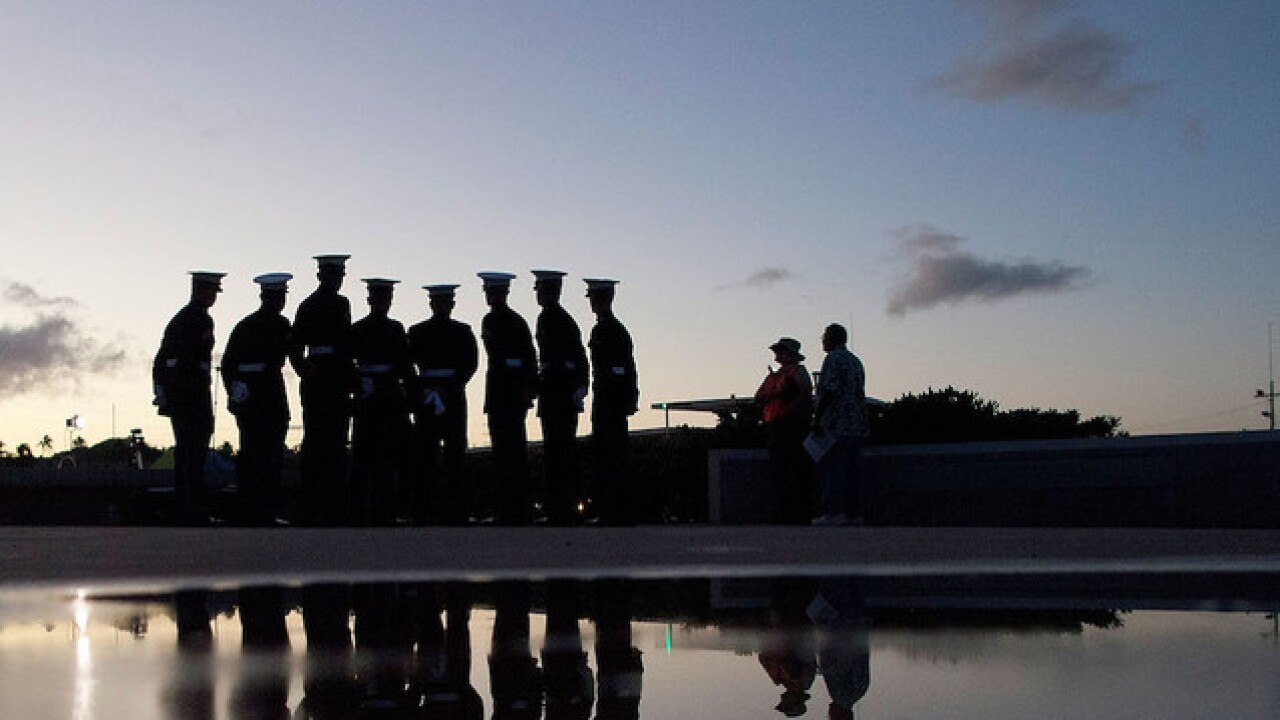 Copyright Getty Images
Kent Nishimura
<p>A U.S. Marine firing detail prepares for a memorial service for the 70th anniversary of the attack on the U.S. naval base at Pearl Harbor on the island of Oahu on December 7, 2011in Pearl Harbor, Hawaii. On the morning of December 7, 1941 a surprise military attack was conducted by aircraft of the Imperial Japanese Navy against the U.S. Pacific Fleet being moored in Pearl Harbor, marking the entry of the U.S. in World War II. More than 2,400 people were killed and thousands wounded, with dozens of Navy vessels either sunk or destroyed. (Photo by Kent Nishimura/Getty Images)</p>

Seventy five years ago, the United States was forever changed by a brutal surprise attack on one of its naval bases.

The attack drew the United States to World War II.

Click here to see photos and memorials of that fateful day.