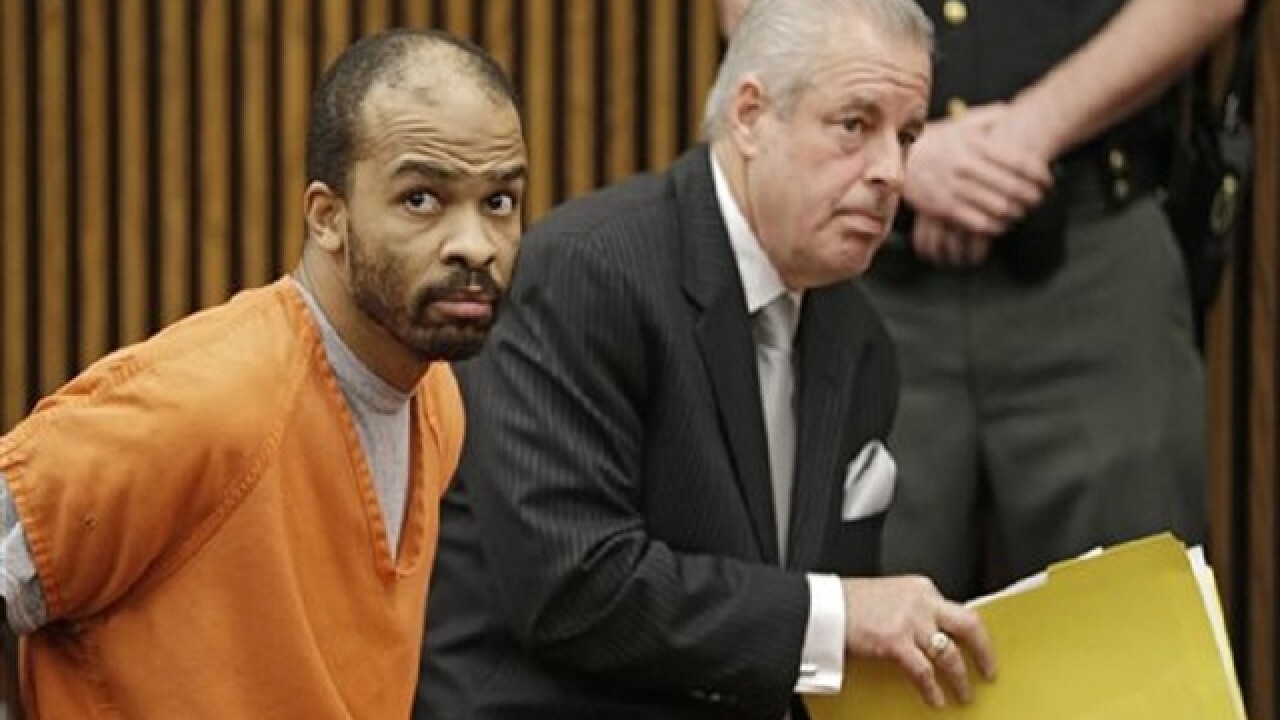 Mark Duncan
<p>FILE - In this Oct. 31, 2013, file photo, Michael Madison, left, waits with his attorney David Grant, right, for arraignment in Cleveland. Madison, a convicted sex offender, was found guilty Thursday, May 5, 2016, of aggravated murder and kidnapping in the deaths of three women whose bodies were found wrapped in garbage bags in a case that raised fears that another serial killer was hunting for victims in the Cleveland area. (AP Photo/Mark Duncan, File)</p>

CLEVELAND (AP) — Jurors in Cleveland are expected to continue hearing testimony Tuesday during the penalty phase of a trial that will help determine whether an Ohio man should be put to death for killing three women whose bodies were found wrapped in garbage bags.
The penalty phase of 38-year-old Michael Madison's trial began last Thursday. The Cuyahoga County Common Pleas judge can only sentence Madison to death for killing the women in 2013 if the jury recommends it.
The jury that convicted Madison of aggravated murder and kidnapping earlier this month can also recommend a sentence of life in prison without parole.
To convince jurors to spare his life, Madison's attorneys have been presenting testimony about how he was damaged psychologically from childhood abuse.
Associated Press 2016