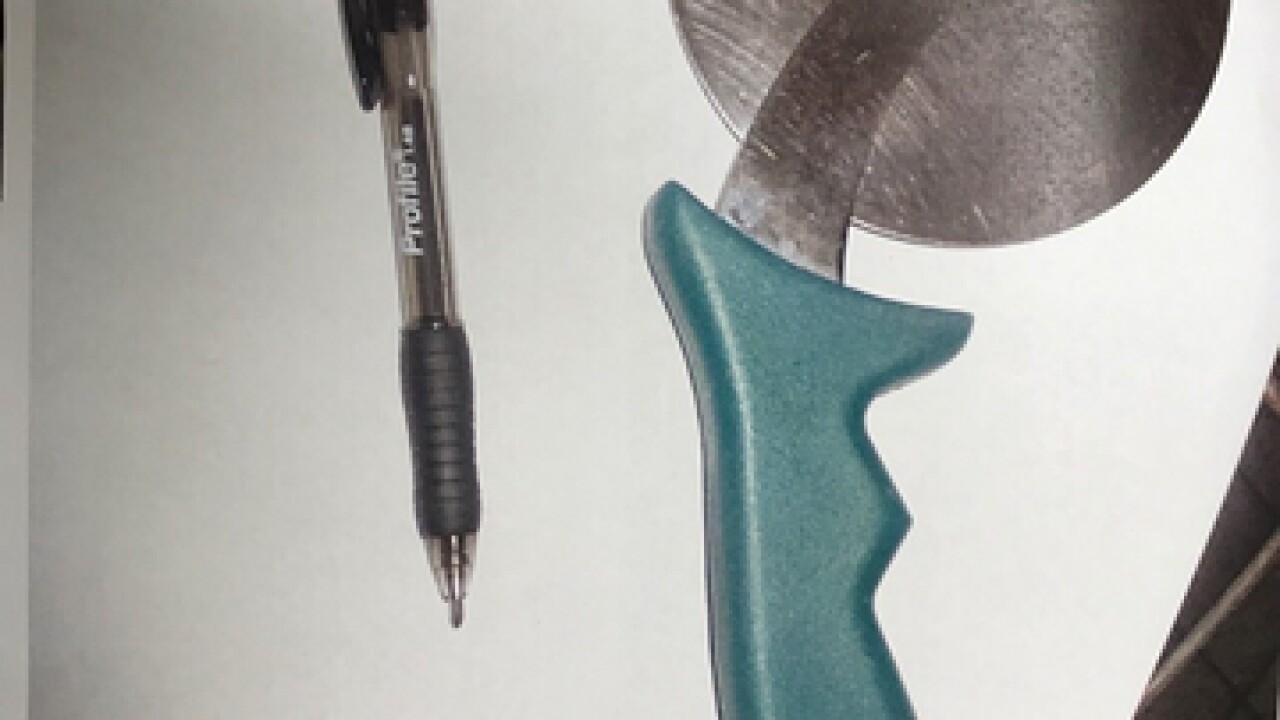 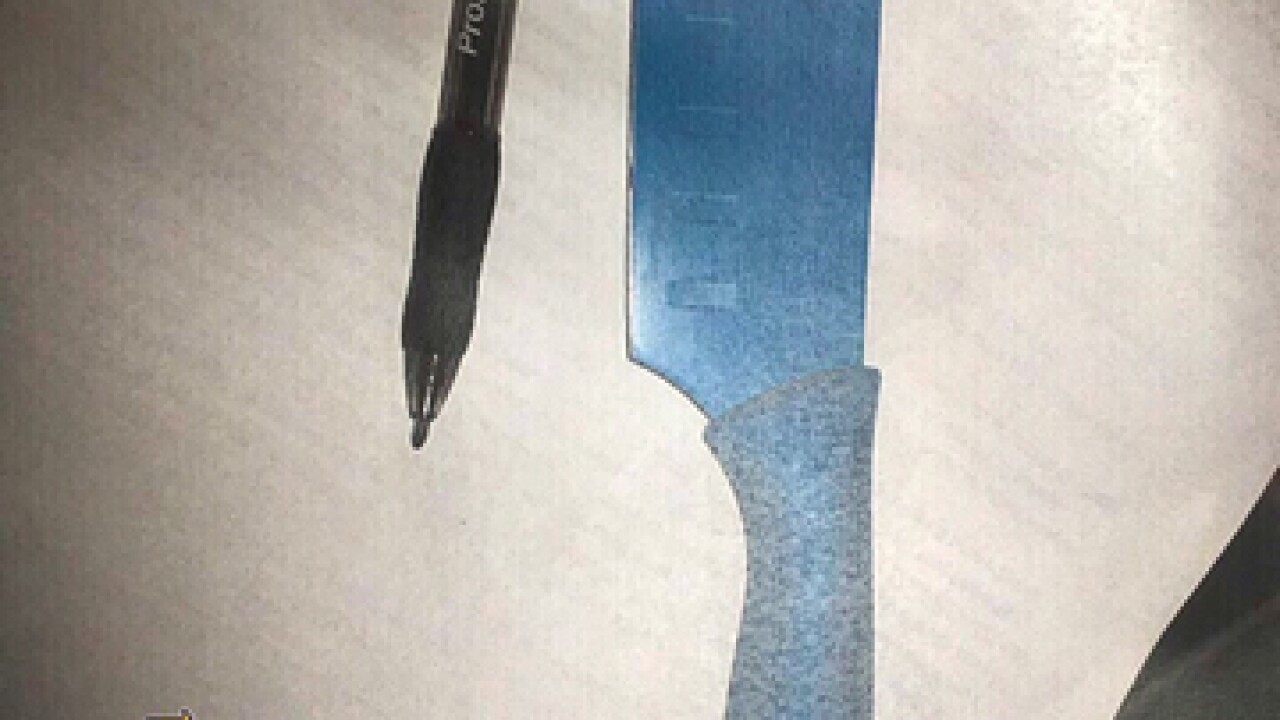 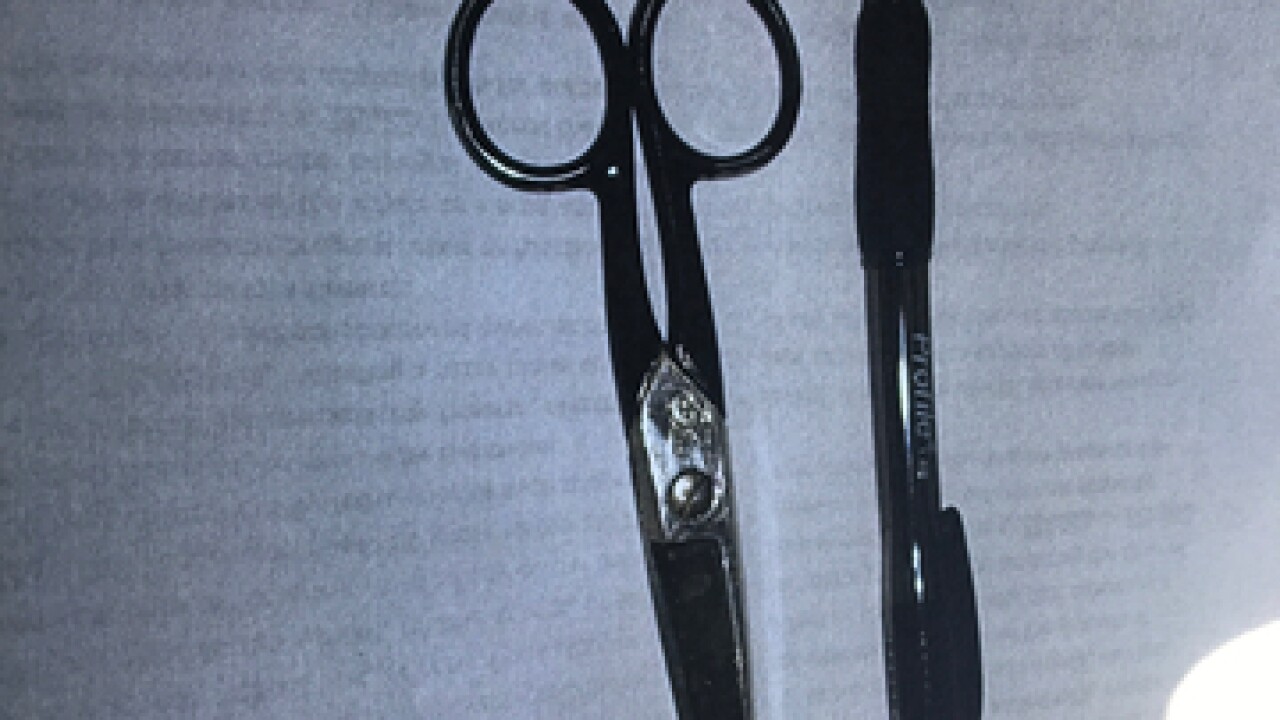 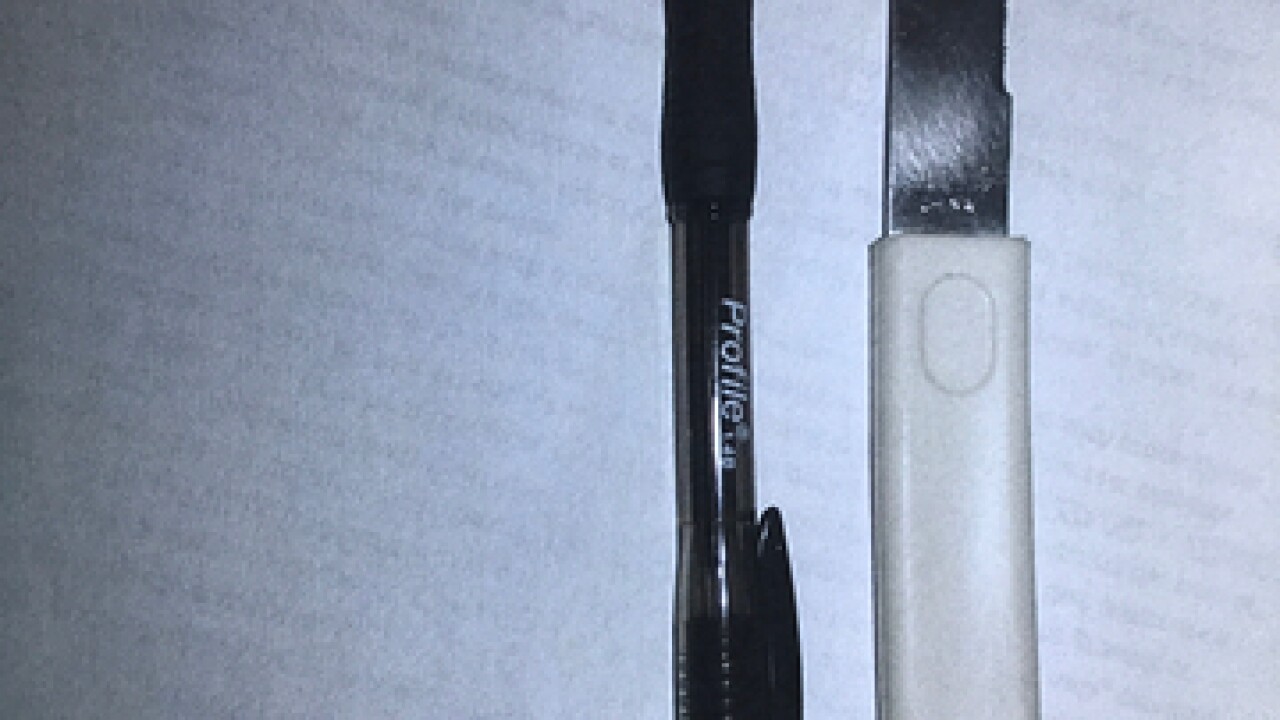 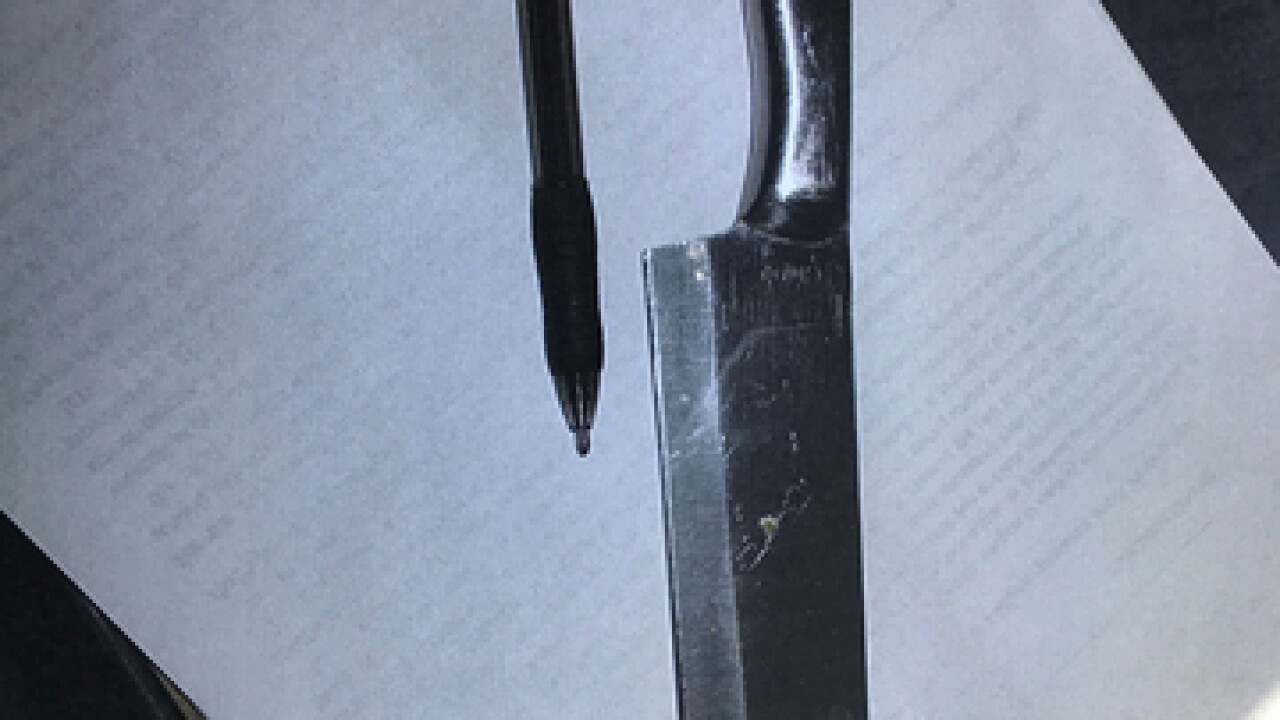 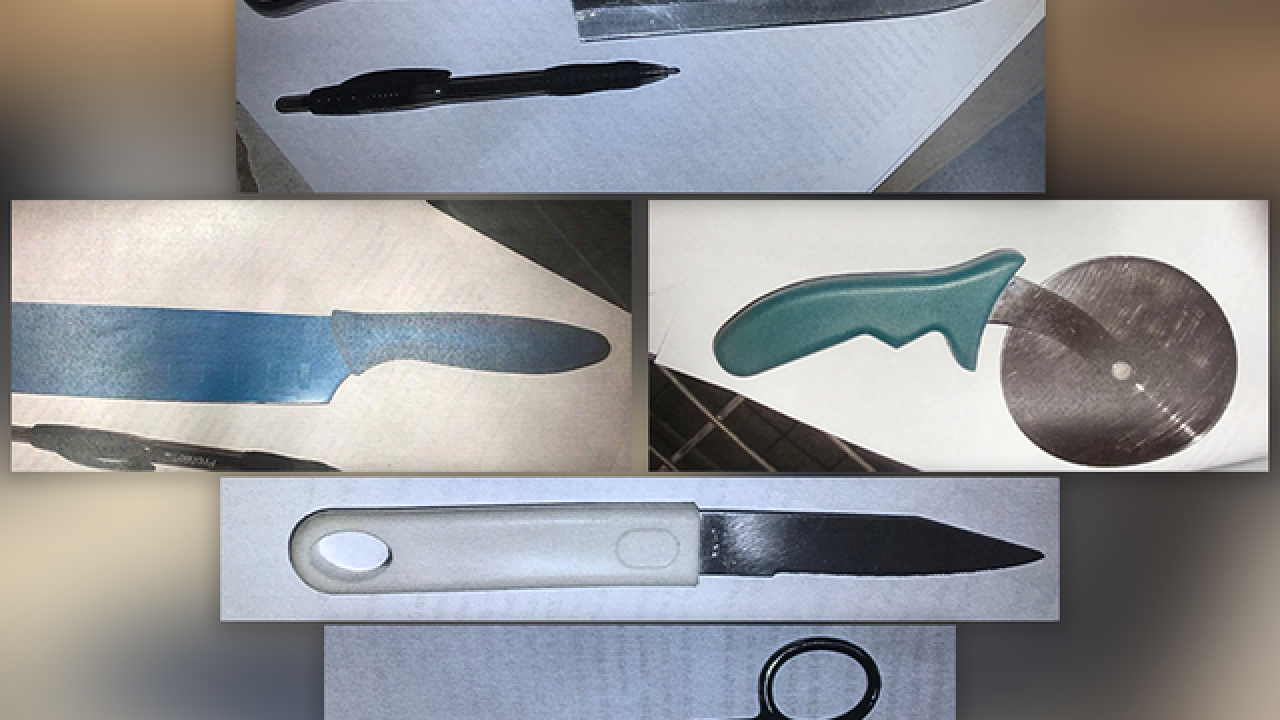 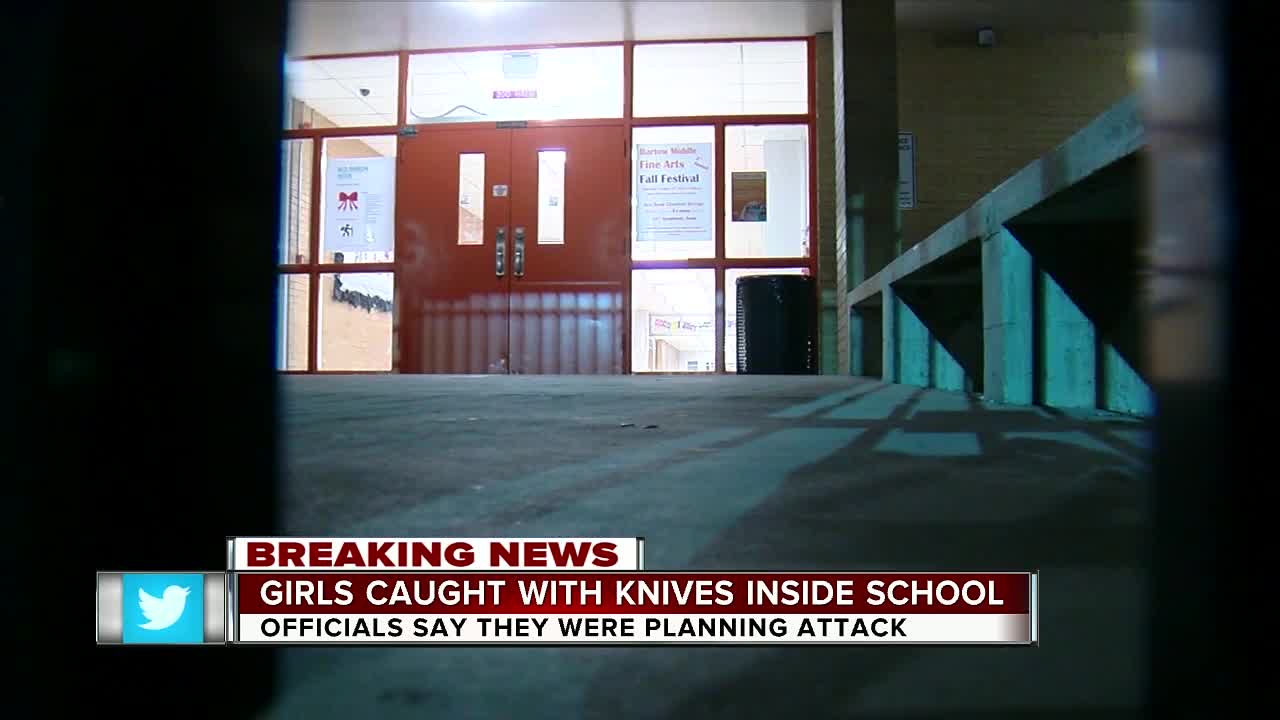 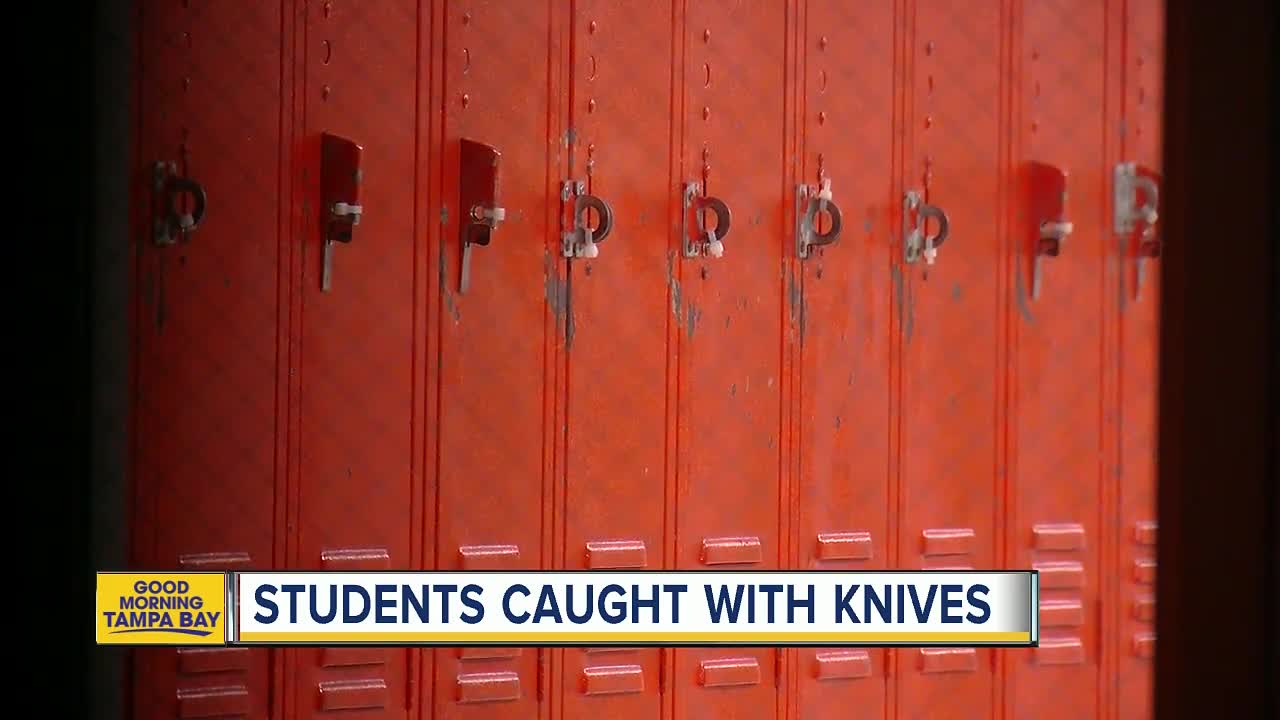 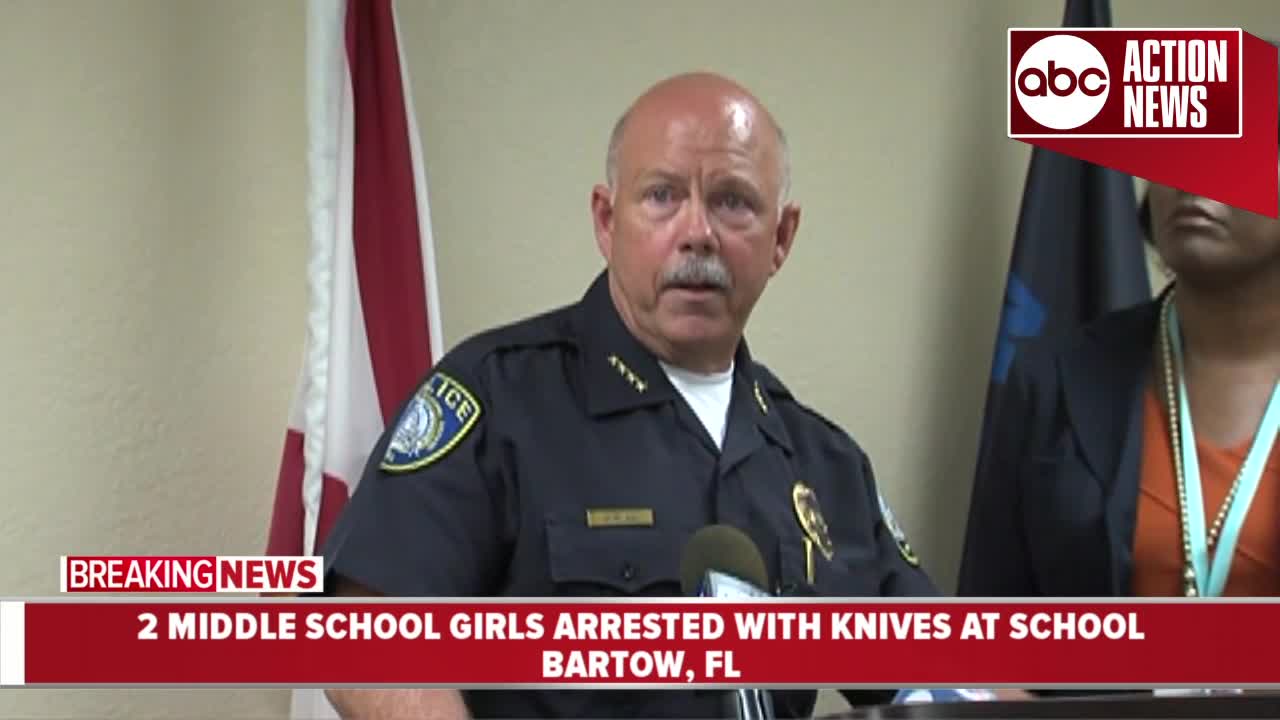 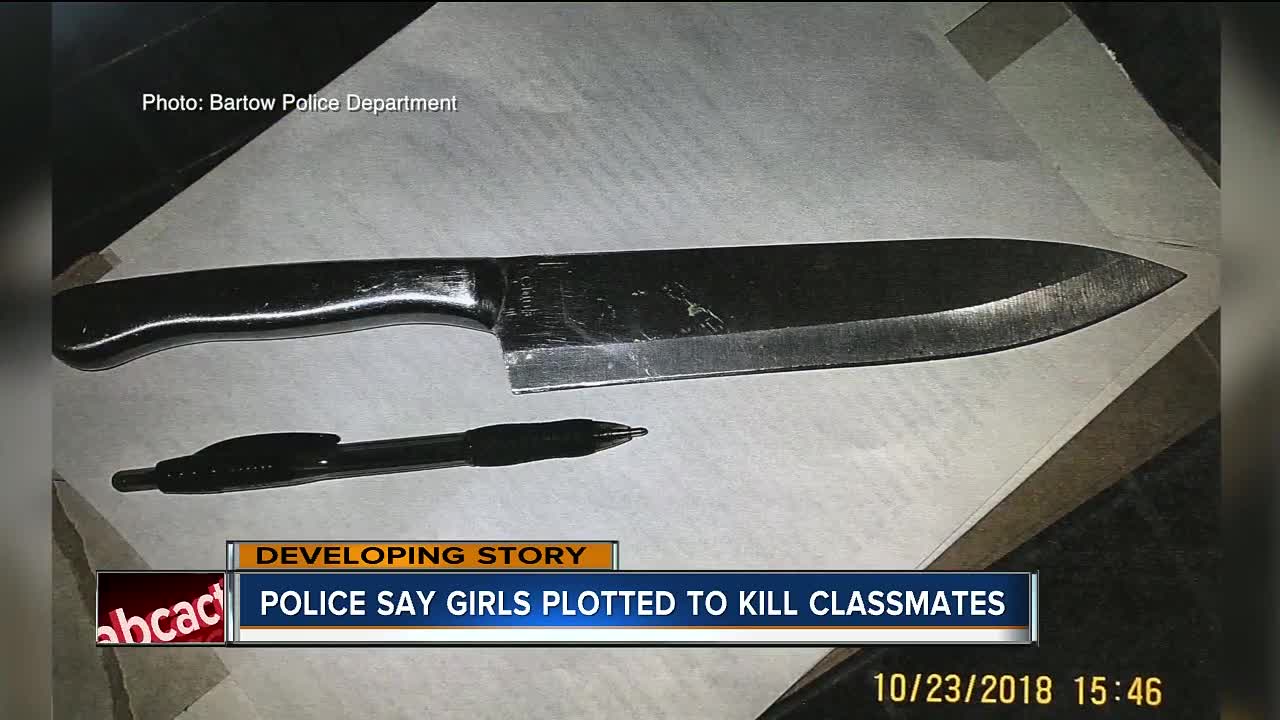 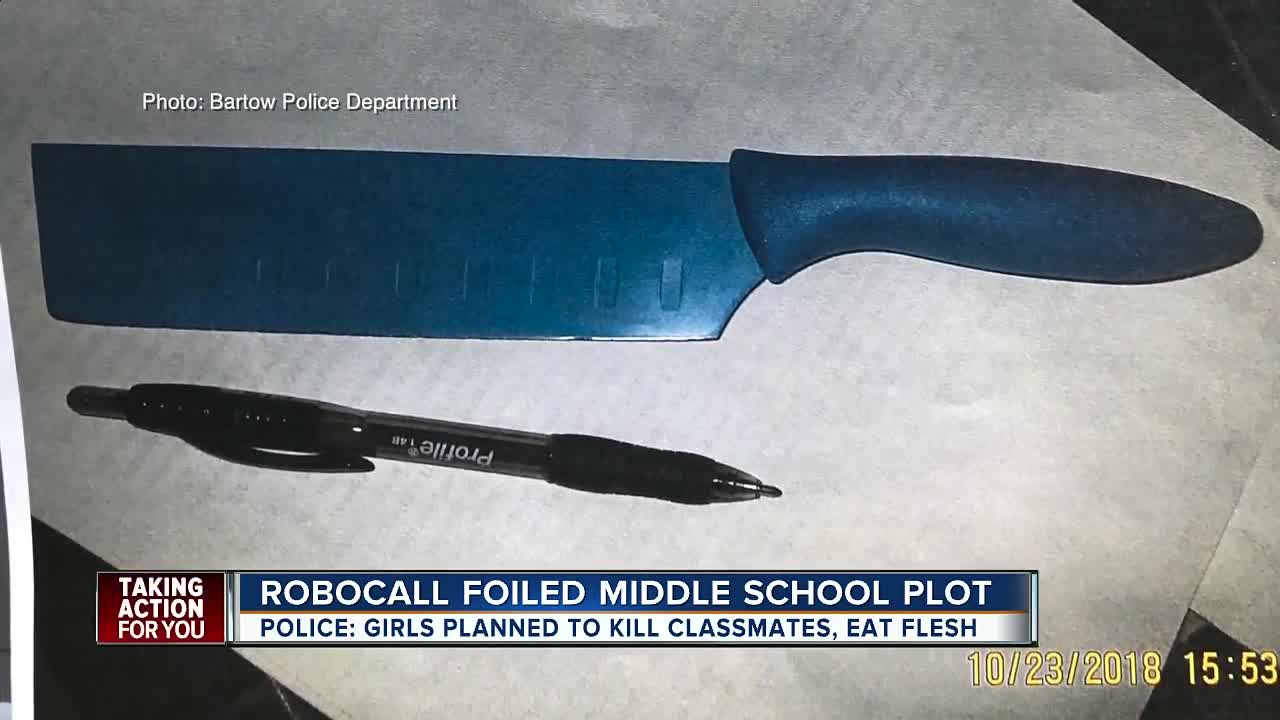 BARTOW, Fla. — Police say two middle school girls, who worship Satan, armed themselves with knives in a foiled plot to violently kill classmates and drink their blood at school on Tuesday.

The 6th and 7th-grade girls attend Bartow Middle Schol in Bartow, Florida, police say. At 1:30 p.m. Tuesday, the Bartow Police School Resource Officer assigned to the school was summoned to the principal's office in reference to an armed juvenile complaint.

The investigation revealed that the students armed themselves with knives, and planned on attacking fellow students during the school day.

"Fortunately, they were intercepted by school staff hiding in a bathroom during class time prior to carrying out their plans," Bartow Police said in a press release.

According to the Bartow Police Department, a student warned a teacher on Monday about one of the girl’s mentioning that “something bad” would happen in building 500 of the middle school. The superintendent said extra officers were at the school on Tuesday as a result of this warning. After one of the girl’s mother received a robo-call alerting her that her child was not in second period, she called the school to inform teachers that the child should be there.

Bartow Middle School staff immediately began to search the campus. They found the two girls in a bathroom. The girls were holding a goblet which an administrator suspected was being used to drink alcohol.

Once in the principal’s office, the girls were told to empty their pockets, which revealed a knife and knife sharpener. After that, their bags were searched, and several weapons including a pizza cutter and butcher knife were found on the girls. The two admitted to planning to kill students as they entered the bathroom.

“They noted that they wanted to kill at least 15 people and were waiting in the bathroom to find smaller kids that they could overpower to be their victims,” Bartow Police Chief Joe Hall said. “I believe that these two small children. I’m going to call them small children, they are only 11 and 12, seriously sat down and plotted to do bodily harm to another student at school.”

The police chief said that over the weekend, the two girls plotted and planned their attempt to kill fellow students at the middle school. The investigation also revealed messages between the two, detailing the plans for their attack.

The last message sent between the girls stated, "Today is health lessens thank Satan we're doing this in a bit," according to an arrest report.

When asked about motivation, the girls reportedly told police that they were Satan worshipers. According to police, the girls planned to drink their victims’ blood out of the goblet they were found with. They also discussed eating their victims' flesh and leaving body parts at the school's entrance before killing themselves.

"Killing all of these students was in hopes it would make them worse sinners ensuring that after they committed suicide ... (they) would go to hell so they could be with Satan," the arrest affidavit reads.

Both juveniles were arrested and removed from the campus, their names are not being released because they are both minors. No students or adults were harmed.

Police say that notices have been sent to the parents of students at Bartow Middle School informing them of the situation.

Police say they believe that the parents of the two girls had no knowledge of their plot or Satanic ideals.

Both of the students were arrested and charged with conspiracy to commit murder, possession of a weapon on school property, and disrupting a school campus. The girls currently remain in police custody. Polk County Schools Superintendent Jacqueline Byrd says that they will be filing for expulsion.

Several parents said they kept their students home on Wednesday as a result of this incident.

"We understand this news can be upsetting. A team of counselors is available at the school to assist any employees and students," the school said in a release to families of students following news of the arrests.

The school also says that extra law enforcement officers will be on campus this week out of an abundance of caution and to help maintain a sense of calm on campus.