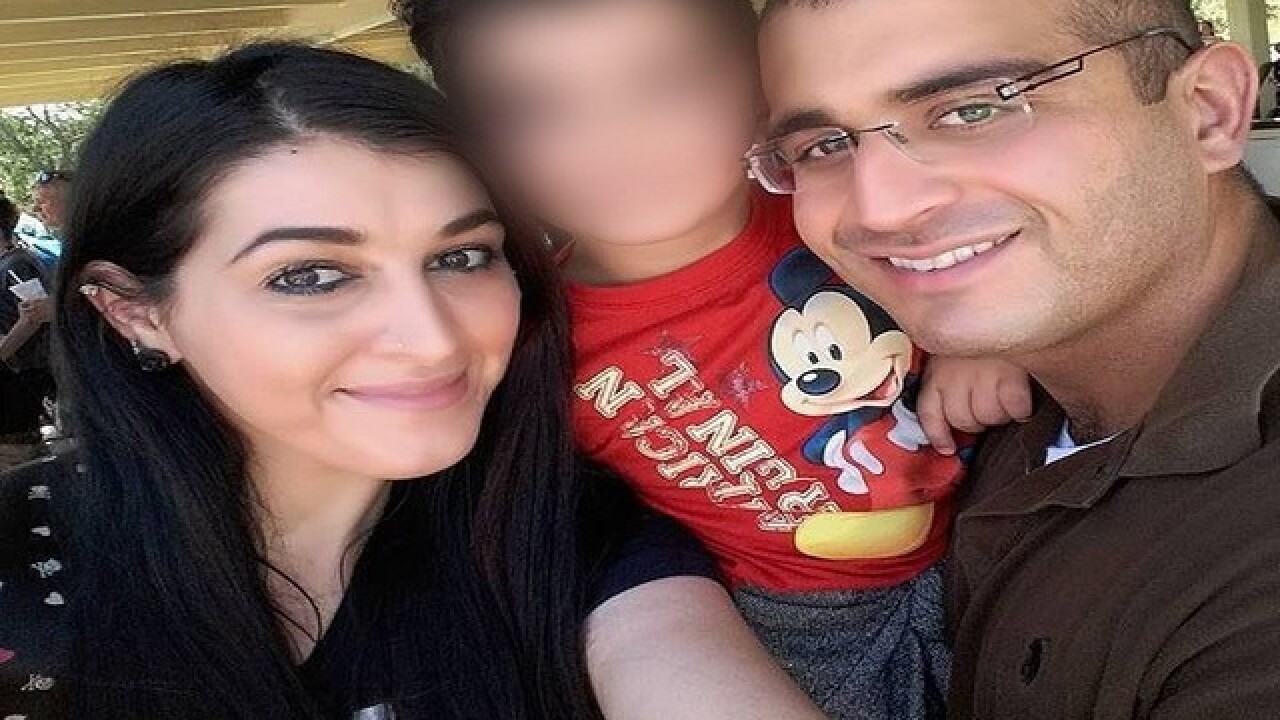 Copyright 2017 Scripps Media, Inc. All rights reserved. This material may not be published, broadcast, rewritten, or redistributed.
Noor Salman facebook
<p>A federal judge in California has ordered the widow of the man who killed 49 people at an Orlando gay nightclub to undergo a psychiatric evaluation. Noor Salman, widow of Pulse nightclub gunman Omar Mateen, appeared in court in Oakland on Wednesday.</p>

By: CNN
Posted at 6:17 PM, Feb 01, 2017
OAKLAND, California (CNN) -- A federal judge in California has ordered the widow of the man who killed 49 people at an Orlando gay nightclub to undergo a psychiatric evaluation.
Noor Salman, widow of Pulse nightclub gunman Omar Mateen, appeared Wednesday in court in Oakland.
Mateen was killed by police at the end of the 2016 massacre.
Judge Donna Ryu didn't consider the issue of bail and said if there is a trial, it could take place in Florida. Prosecutors have said they want the case to be heard in that state.
Salman pleaded not guilty in January to obstruction of justice and aiding and abetting her husband's material support to ISIS. She was arrested at her parents' home in the San Francisco suburb of Rodeo seven months after the deadliest mass shooting in modern US history.
Salman's family has maintained that she didn't know that Mateen was going to commit the June 12 killings at the club -- about a two-hour drive northwest of their Fort Pierce, Florida, home.
One, Linda Moreno, was upset her client wasn't granted bail.
"We believe she does not pose any risk nor did she have any knowledge of what this man was going to do," Moreno said, according to CNN affiliate KRON.
"She needs to be home with her mother and her son."
Prosecutors, in laying out part of their case against the widow, said that Salman told FBI agents that she accompanied her husband as he cased three possible places for an attack.
Uncle: 'She didn't know'
Salman, who married Mateen in 2011 and lived with him in Fort Pierce, came under scrutiny as authorities investigated the gunman, who killed 49 people and injured more than 50 others when he opened fire at Pulse during the early morning hours.
Mateen pledged allegiance to the Islamist militant group ISIS in phone calls with the authorities and the media before dying in a shootout with police.
Authorities interviewed Salman after the shooting, but she remained free until mid-January.
At issue is how much of Mateen's intentions she knew ahead of time.
After her first court appearance last month, an uncle described Salman as a sweet woman who had no prior knowledge of the attack
"She is a very simple person. She didn't know what's going on," Al Salman told a throng of reporters.
She swore to him that she had "no idea what that crazy guy is doing," the uncle said.
"She don't like to see anybody get hurt."
Officials: Evidence says she did know
Court documents spelling out the indictment allege, without elaborating, that Noor aided and abetted her husband from at least April onward. An official told CNN on condition of anonymity that evidence will show she was complicit and had to know her husband was going to do something terrible.
Her Florida-based attorney said Salman had no prior knowledge that her husband would kill anyone at Pulse.
"Noor Salman had no foreknowledge nor could she predict what Omar Mateen intended to do that tragic night," family attorney Linda Moreno of Tampa said Monday.
"Noor has told her story of abuse at his hands. We believe it is misguided and wrong to prosecute her and that it dishonors the memories of the victims to punish an innocent person."
Investigators believe Salman acted of her own free will and knowingly took steps to obstruct the probe into the massacre, according to a law enforcement official. The official said Salman's assertions she was coerced through her husband's abusive behavior did not stand up.
CNN's Augie Martin reported from Oakland, California, and Steve Almasy wrote in Atlanta. CNN's Jason Hanna, Dan Simon and Jason Kravarik contributed to this report.
The-CNN-Wire
™ & © 2017 Cable News Network, Inc., a Time Warner Company. All rights reserved.
Copyright 2017 Scripps Media, Inc. All rights reserved. This material may not be published, broadcast, rewritten, or redistributed.