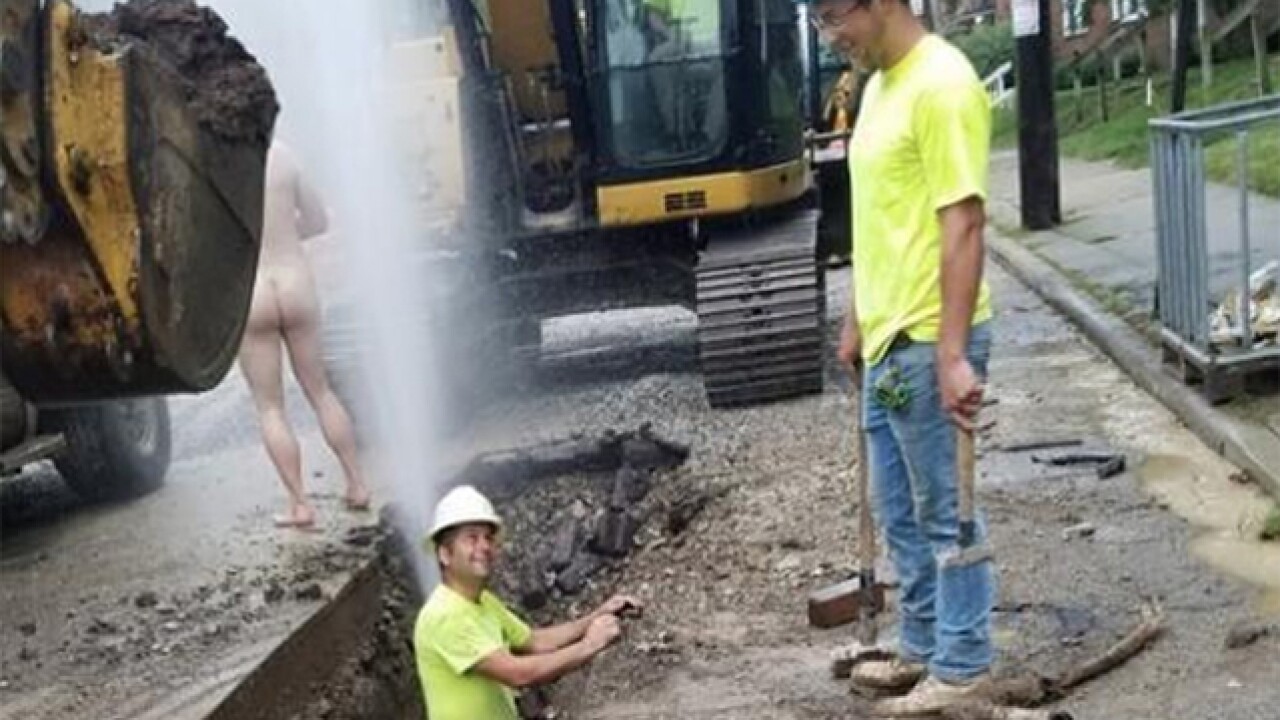 Copyright 2018 Scripps Media, Inc. All rights reserved. This material may not be published, broadcast, rewritten, or redistributed.
<p>Courtesy of Cody Vickers.</p>

COLUMBUS, Ohio — Imagine this scenario, or for some of you, it's been a past reality. You're in the shower and the water suddenly shuts off. You're covered in soap. You go into distress. Then rage overcomes you.

In a Facebook post, Cody Vickers documented a similar scenario that happened in Columbus while he was at a construction job. His photo shows a butt-naked man bathing in water spewing from a broken water main near North High Street in Clintonville, the Columbus Dispatch reported.

He said, “It’s not every day you see a naked man come out of his house screaming and cussing ... then comes off the porch and finishes taking his shower where the excavator hit the line," in a Facebook post that has since gone viral, getting 137,000 shares and more than 14,000 likes.

"I was in the f****** shower. I got soap all over me," said Vickers, repeating what the man said when he was met with a trench and a fountain of water. He said the man slung his towel off and ran down the steps, across the sidewalk and over the trench where he met his temporary shower.

The Columbus Dispatch reported that the construction crew hit an unmarked line and the man came outside seconds later with a towel around his waist.

"I couldn't believe he did that. Dude had no shame," Vickers told WEWS.