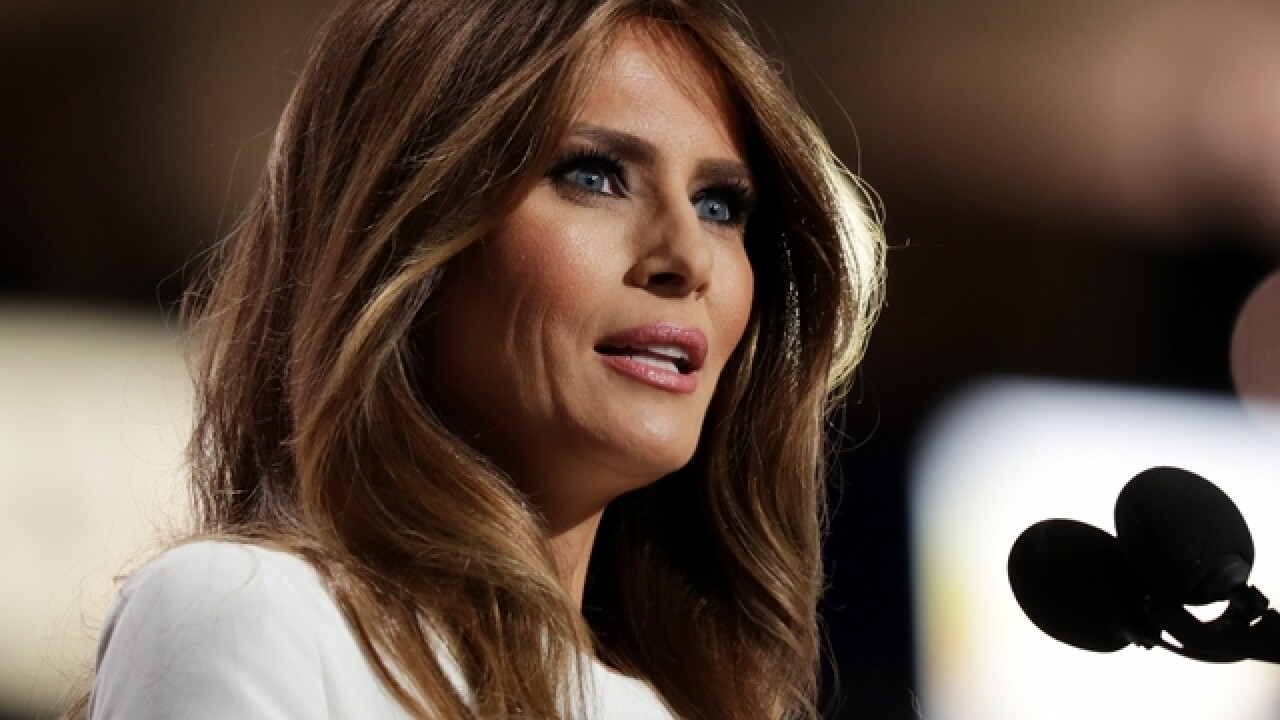 By: CNN
Posted at 6:47 PM, Feb 01, 2017
WASHINGTON (CNN) -- Nearly two weeks after her husband assumed office, Melania Trump has made her first official hire as first lady.
Lindsay Reynolds will serve as assistant to the President and chief of staff to the first lady, the White House announced Wednesday evening.
Reynolds previously served in the George W. Bush White House and brings more than 14 years of political fundraising, event management, and logistical expertise to the position, per a White House statement.
She is the daughter-in-law of Ohio businessman Mercer Reynolds, who served as national finance chair for Bush's 2004 re-election campaign.
The first lady acknowledged a delay in staffing -- a lack of East Wing staff has prevented White House tours and planning for state dinners and formally announced a platform of official causes, among other tasks traditionally reserved for the first lady's team.
"I am putting together a professional and highly-experienced team which will take time to do properly," Trump said in a statement. "I am excited to be organizing and bringing together such a dynamic and forward-thinking group of individuals who will work together to make our country better for everyone."
Trump has not been seen publicly since an inaugural weekend multi-faith prayer service at Washington National Cathedral.
A spokeswoman for the first lady knocked down recent reports that Trump would not be moving to Washington at all.
"That report is not true," the spokeswoman said.
Later Wednesday, Stephanie Winston Wolkoff, acting as senior adviser to the first lady, confirmed Trump will move to Washington.
"Mrs. Trump will be moving to DC and settling in to the White House at the end of the school year, splitting her time between New York and DC in the meantime," she said. "Mrs. Trump is honored to serve this country and is taking the role and responsibilities of first lady very seriously. It has only been a short time since the inauguration and the first lady is going to go about her role in a pragmatic and thoughtful way that is unique and authentic to her."
She will join her husband at Mar-a-Lago this weekend, a White House source confirmed.
CNN's Kate Bennett contributed to this report.
The-CNN-Wire
™ & © 2017 Cable News Network, Inc., a Time Warner Company. All rights reserved.
Copyright 2017 Scripps Media, Inc. All rights reserved. This material may not be published, broadcast, rewritten, or redistributed.