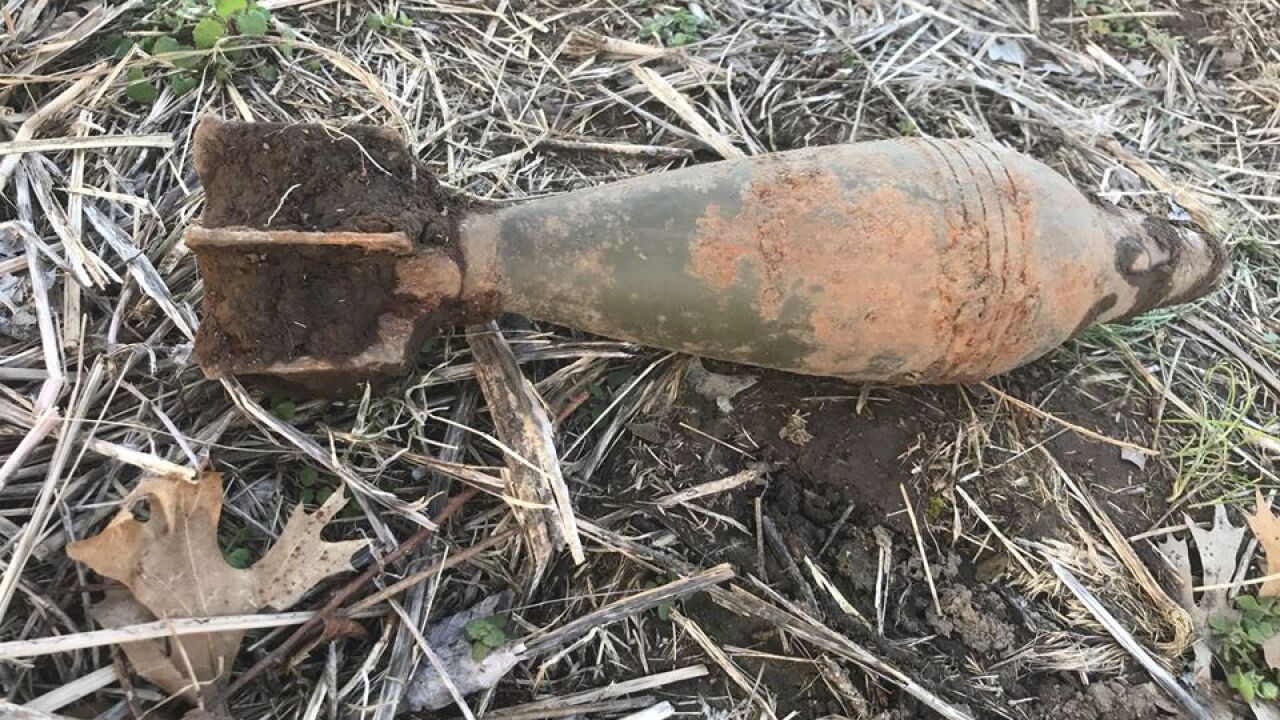 LEBANON, Tenn. — Police say a person with a metal detector made an "explosive" discovery on Monday — a live mortar round from World War II.

Lebanon police say the mortar was found Monday behind Hartmann Plantation. The area was used as military training grounds during World War II, and the round was likely left behind and forgotten.

Tennessee Highway Patrol's bomb squad, along with Fort Campbell representatives, confirmed the round was live. The round was too unstable to be moved, so they had to detonate on site.

The detonation blast was heard by many in the area.

Police added they searched for other mortars in the area before deeming it safe.

This story was originally published by Laken Bowles on WTVF in Nashville, Tennessee.