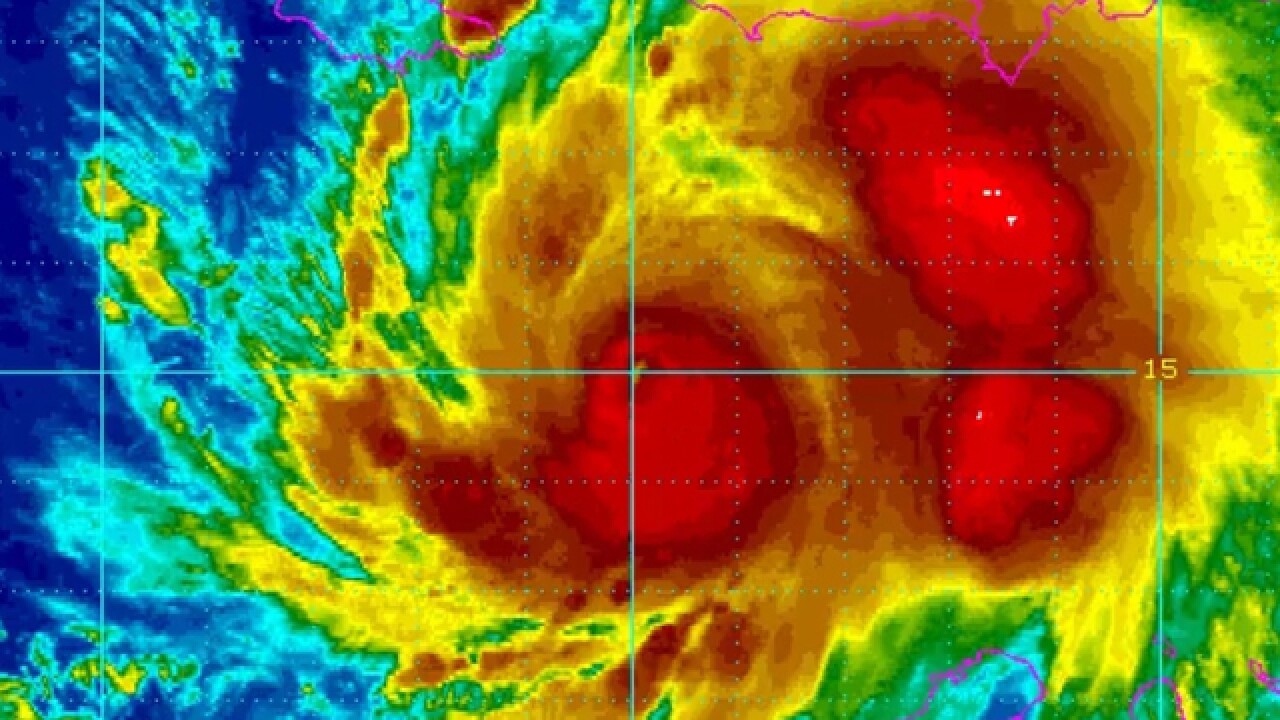 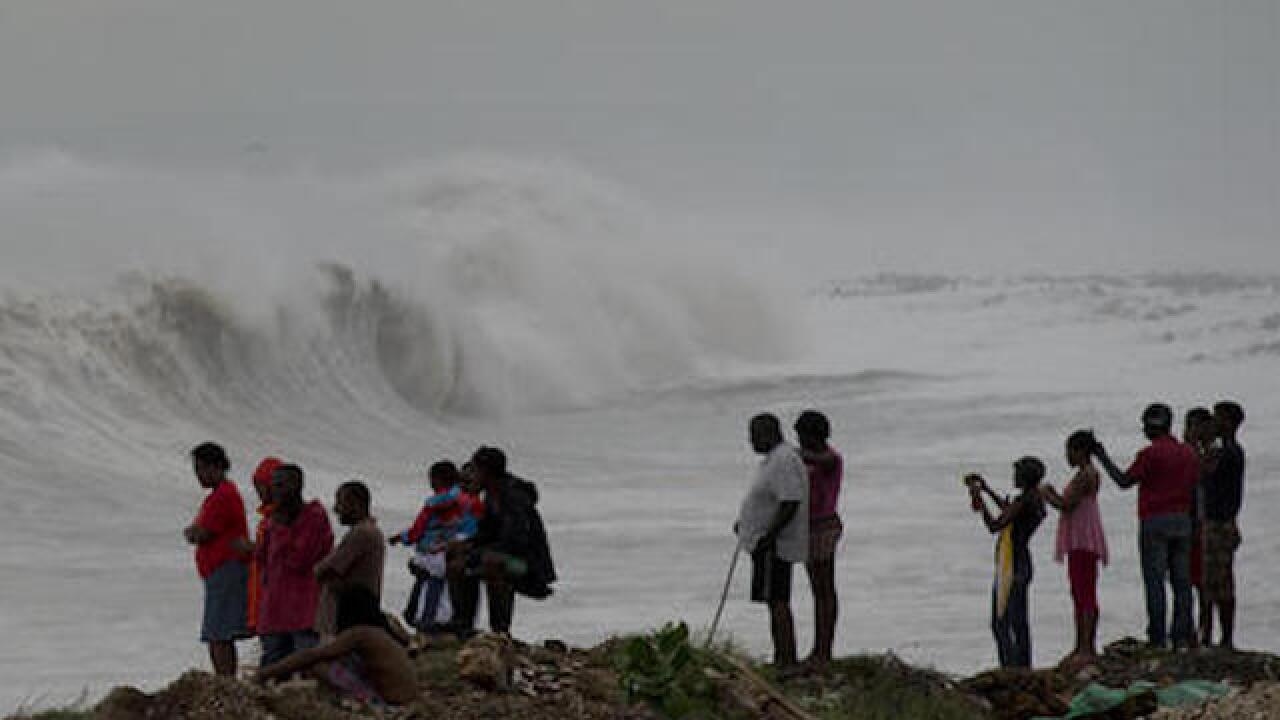 PETIT-GOAVE, Haiti (AP) — Hurricane Matthew slammed into Haiti's southwestern tip with howling, 145 mph winds Tuesday, tearing off roofs in the poor and largely rural area, uprooting trees and leaving rivers bloated and choked with debris. At least nine deaths were blamed on the storm during its week-long march across the Caribbean.

The storm — at one point the most powerful hurricane in the region in nearly a decade — unloaded heavy rain as it swirled on toward Cuba and the Bahamas. Forecasters said it could hit Florida toward the end of the week and push its way up the East Coast over the weekend.

The dangerous Category 4 storm blew ashore around dawn in the poorest country in the Western Hemisphere, hitting a corner of Haiti where many people live in shacks of wood or concrete blocks.

Damage appeared to be widespread, but because of poor communications, blocked roads and washed-out bridges, the full extent was not immediately clear. Nor was the number of deaths.

The country's Civil Protection Agency said many homes were damaged or destroyed. And people had to wade through flooded streets to rescue their belongings and find higher ground.

"It's the worst hurricane that I've seen during my life," said Fidele Nicolas, a civil protection official in Nippes, just east of where Matthew came ashore. "It destroyed schools, roads, other structures."

At least three deaths were blamed on the storm in Haiti, including one person whose home was crushed by a tree in Port Salut and a 26-year-old man who drowned trying to rescue a child who had fallen into a rushing river, authorities said. The child was saved.

Four deaths were recorded in the neighboring Dominican Republic and one each in Colombia and in St. Vincent and the Grenadines.

The storm left the peninsula that runs along the southern coast of Haiti cut off from the rest of the country. Many streets were flooded or blocked by landslides and fallen trees. Local radio reported that the water was shoulder high in parts of the city of Les Cayes.

Milriste Nelson, a 65-year-old farmer in the town of Leogane, said his neighbors fled when the wind ripped the corrugated metal roof from their home. His own small yard was strewn with the fruit he depends on for his livelihood.

"All the banana trees, all the mangos, everything is gone," Nelson said as he boiled breadfruit over a charcoal fire in the gray morning light. "This country is going to fall deeper into misery."

Haitian authorities had tried to evacuate people from the most vulnerable areas ahead of the storm, but many were reluctant to leave their homes. Some sought shelter only after the worst was already upon them, making their way through debris-strewn streets amid pounding rain.

"Many people are now asking for help, but it's too late because there is no way to go evacuate them," said Fonie Pierre, director of Catholic Relief Services for the Les Cayes area, who was huddled in her office with about 20 people.

Matthew was expected to bring 15 to 25 inches of rain, and up to 40 inches (100 centimeters) in isolated places, along with up to 10 feet (3 meters) of storm surge and battering waves.

"They are getting everything a major hurricane can throw at them," said Dennis Feltgen, a meteorologist with the U.S. National Hurricane Center in Miami.

Matthew briefly reached the top classification, Category 5, as it moved across the Caribbean Sea late last week, becoming the strongest hurricane in the region since Felix in 2007.

The center of the storm was projected to pass about 50 miles northeast of the U.S. naval base at Guantanamo Bay, Cuba.

Workers in Cuba removed traffic lights from poles in the city of Santiago to keep them from getting blown away.

In the U.S., Florida Gov. Rick Scott urged coastal residents to prepare for the possibility of a direct hit and keep three days' worth of food, water and medicine. The Red Cross put out a call for volunteers in South Carolina. And the White House said relief supplies were being moved to emergency staging areas in the Southeast.

"We do not know yet whether the center of Matthew will actually come ashore in Florida. That's possible," said Rick Knabb, director of the hurricane center.

As dawn broke, people in the Haitian tourist town of Port Salut described howling winds and big waves slamming the beaches and washing over the coastal road.

"The winds are making so many bad noises. We're just doing our best to stay calm," said Jenniflore Desrosiers as she huddled with her family in her fragile cinderblock home, which had sprung numerous leaks from the rain.

The few places that were on the electrical grid had apparently lost power, and cellphone service was spotty.