LiAngelo Ball, 2 other UCLA basketball players heading back to US after China incident 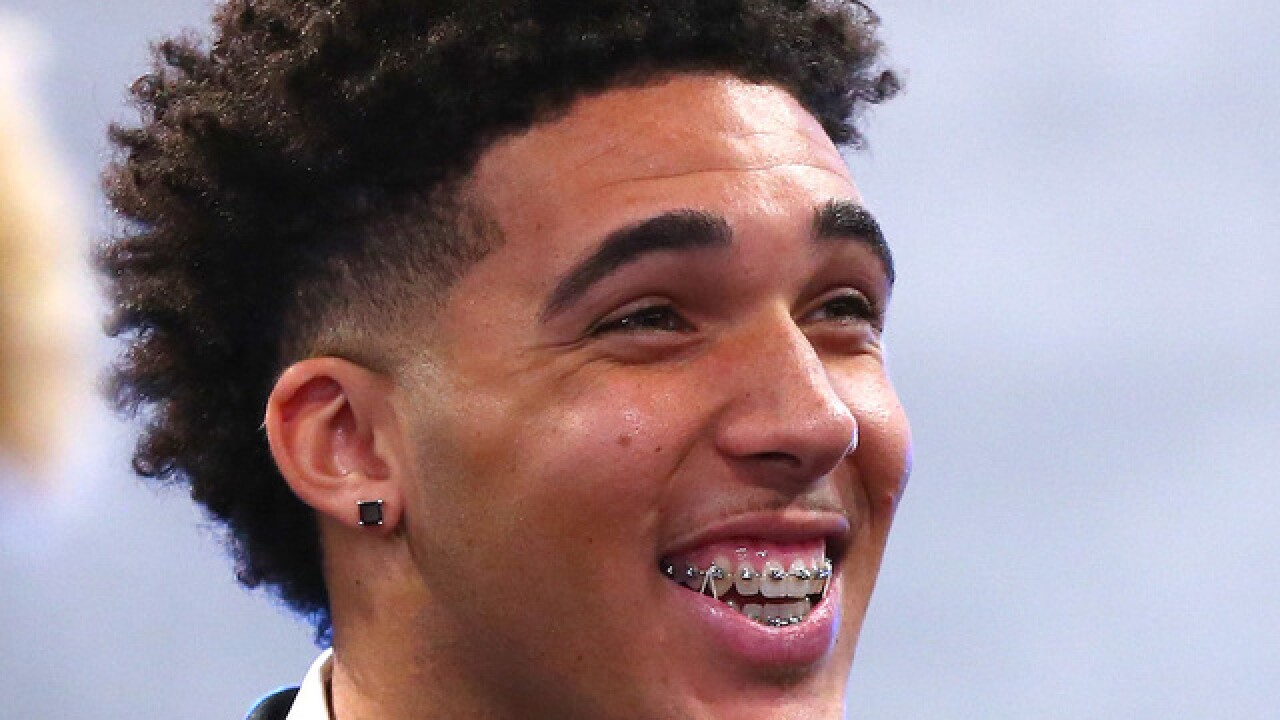 Three UCLA basketball players accused of shoplifting in China last week were flying back to Los Angeles on Tuesday, the commissioner of the Pacific-12 athletic conference said, hours after US President Donald Trump said he asked his Chinese counterpart to help in the case.

The three freshmen -- LiAngelo Ball, Cody Riley and Jalen Hill -- were allowed to leave China on the US-bound flight after the situation was "resolved to the satisfaction of the Chinese authorities," said Larry Scott, commissioner of the Pac-12 Conference, of which UCLA is a member.

"We are all very pleased that these young men have been allowed to return home to their families and university," Scott said in a news release

The three were arrested last week while their team was in the Chinese city of Hangzhou ahead of the squad's season opener in Shanghai. They were questioned on suspicion of stealing sunglasses from a Louis Vuitton store near their hotel.

The trio stayed at the hotel, reportedly awaiting next steps in their case, while their teammates went to Shanghai, where UCLA defeated Georgia Tech 63-60 on Saturday. The three also remained in China as their team returned to the United States over the weekend.

Scott did not say how the case was resolved; a conviction of grand larceny in China could result in years of prison. But Trump said Tuesday that he had asked Chinese President Xi Jinping to help.

UCLA's trip coincided with Trump's two-day state visit to the Chinese capital, Beijing, as part of his 13-day trip to Asia. Trump told reporters Tuesday that Xi had been helpful in working to resolve the case.

Scott acknowledged Trump, among others, in his statement.

"We are grateful for the role that our Chinese hosts played, and for the courtesy and professionalism of the local authorities," Scott said. "We also want to acknowledge UCLA's significant efforts on behalf of their student-athletes.

"Finally, we want to thank the President, the White House and the US State Department for their efforts towards resolution."

Trump's request was first reported by the Washington Post.

Players to address media on Wednesday

Ball -- a brother of Los Angeles Lakers rookie Lonzo Ball -- Riley and Hill are scheduled to speak to reporters at UCLA on Wednesday morning, along with UCLA head coach Steve Alford and Athletic Director Dan Guerrero, the school said.

Days before the game in Shanghai, the Bruins were in Hangzhou to visit the headquarters of Alibaba, the e-commerce giant that sponsored Saturday's contest.

The game was the culmination of a weeklong cultural and sports exchange involving the student athletes.

Before the players' release, LiAngelo Ball's father, LaVar, had said in a statement on social media that the Chinese judicial process could take months.

LaVar Ball and his youngest son, LaMelo, were in Hong Kong on Tuesday evening to promote a pop-up shop for the family's athletic apparel line, Big Baller Brand.

LaVar, LaMelo and Tina Ball -- the family's matriarch -- all went to China to watch LiAngelo play his first game as a Bruin and promote the opening of a Big Baller Brand pop-up shop in Shanghai.