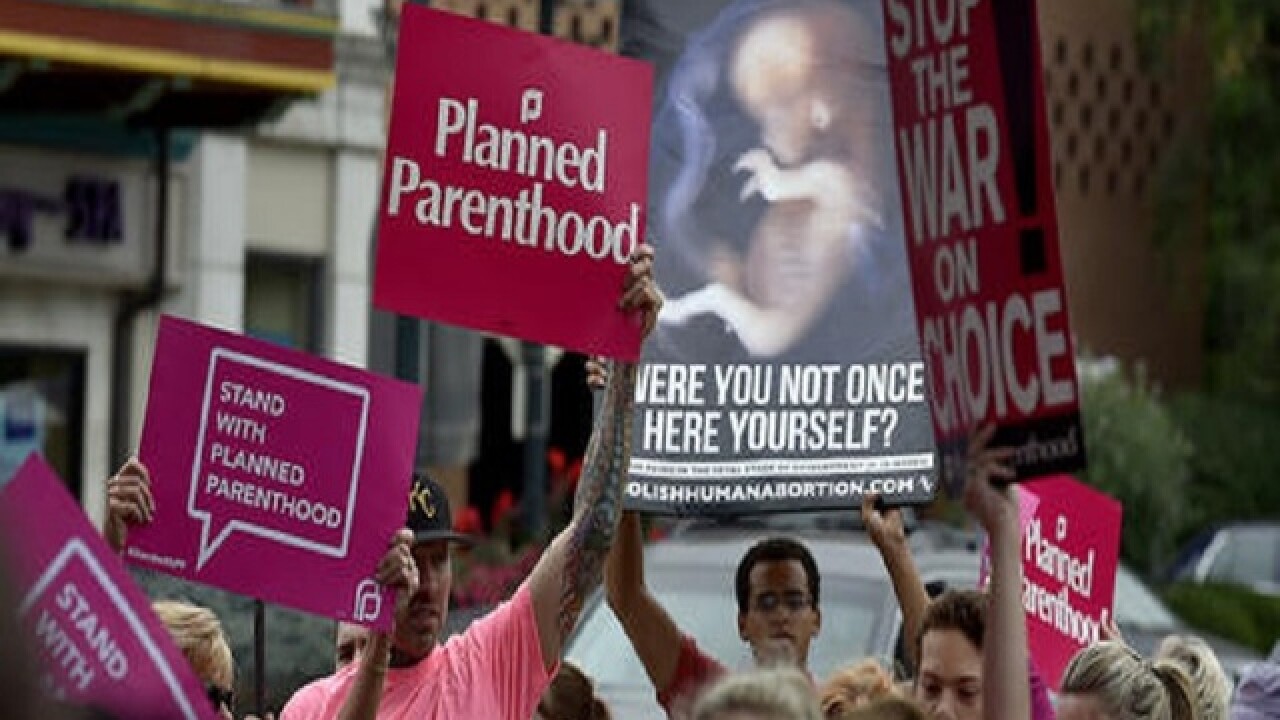 NEW YORK (AP) — Taking the offensive after Election Day setbacks, Planned Parenthood and its allies filed lawsuits Wednesday in North Carolina, Missouri and Alaska challenging laws that they view as unconstitutional restrictions on abortion.
"We are going to fight back state by state and law by law until every person has the right to pursue the life they want, including the right to decide to end a pregnancy," said Planned Parenthood's chief medical officer, Dr. Raegan McDonald-Mosley.
McDonald-Mosley was joined at a teleconference by attorneys from the American Civil Liberties Union and the Center for Reproductive Rights, which are partners in the litigation. The attorneys said the lawsuits are a follow-up to a major U.S. Supreme Court decision earlier this year that struck down tough abortion laws in Texas.
The restrictions being challenged in Missouri are similar to those that the high court struck down in Texas. They require abortion clinics to meet physical standards for surgical centers and mandate that their doctors have admitting privileges in nearby hospitals.
Partly as a result of those laws, only one licensed abortion clinic remains in operation in Missouri. To reach that clinic in St. Louis, some women must drive more than 300 miles, Planned Parenthood officials said.
Targets of the other lawsuits:
—Restrictions in Alaska, passed more than 40 years ago, that in effect ban abortion in outpatient health centers after the first trimester of pregnancy. The abortion-rights lawyers said this forces many women to make lengthy out-of-state trips for second-trimester procedures; Planned Parenthood alone says it sends about 30 women out of state each year to get abortions.
—A North Carolina law that prevents doctors from performing abortions after the 20th week of pregnancy with a narrow exception for immediate medical emergencies. The ACLU said this ban forces doctors caring for a woman with a high-risk pregnancy to delay necessary care until her condition imposes an immediate threat of death or major medical damage.
"A woman must be able to make health decisions at different points in her pregnancy that are best for her circumstances, including whether to end a pregnancy, without interference from politicians," said Irena Como, staff attorney for the ACLU of North Carolina.
The lawsuits were announced as supporters of abortion rights brace for renewed anti-abortion efforts at the state and federal level in the aftermath of the sweeping Republican victories on Election Day.
A prominent anti-abortion leader, Marjorie Dannenfelser of the Susan B. Anthony List, said the lawsuits were a sign of panic by abortion-rights advocates.
"They lost big at the ballot box, so now they're looking to the courts to undo the will of state legislatures," she said. "They realize the sense of urgency to head to the courts now knowing that the judicial landscape will change under a pro-life President Trump."
The Republican-controlled Congress is expected to seek a halt to federal funding of Planned Parenthood and also to ban most abortions after 20 weeks of pregnancy. President-elect Donald Trump says he favors both measures, and also has promised to fill Supreme Court vacancies with justices who would consider overturning the 1973 Roe v. Wade decision that established a nationwide right to abortion.
Abortion-rights groups' concerns deepened with Tuesday's announcement that GOP Rep. Tom Price, a physician from Georgia, is Trump's choice to head the Department of Health and Human Services. Price is a longtime foe of abortion and critic of Planned Parenthood.
At the state level, lawmakers in several Republican-controlled legislatures are planning to propose new abortion restrictions in sessions that convene in January. In some states, such as Iowa, election gains for the GOP improve the prospects for passage of such measures.
Even in Texas, despite the recent rebuff by the Supreme Court, new restrictions are in the offing. One new rule — requiring the cremation or burial of fetal remains — is scheduled to take effect in three weeks.
McDonald-Mosley, the Planned Parenthood medical officer, said the overall political developments add up to "the biggest threat we've seen" in the organization's 100-year history.
She said it was too early to gauge the likelihood — or the impact — of a halt to Planned Parenthood's federal funding, which goes primarily to subsidize contraception and other non-abortion medical services for low-income women.
"We're working to be prepared," McDonald-Mosley said. "We're going to provide care to our patients whether they have insurance or not."
Copyright 2016 The Associated Press. All rights reserved. This material may not be published, broadcast, rewritten or redistributed.