Last of slain Baton Rouge officers to be buried Monday 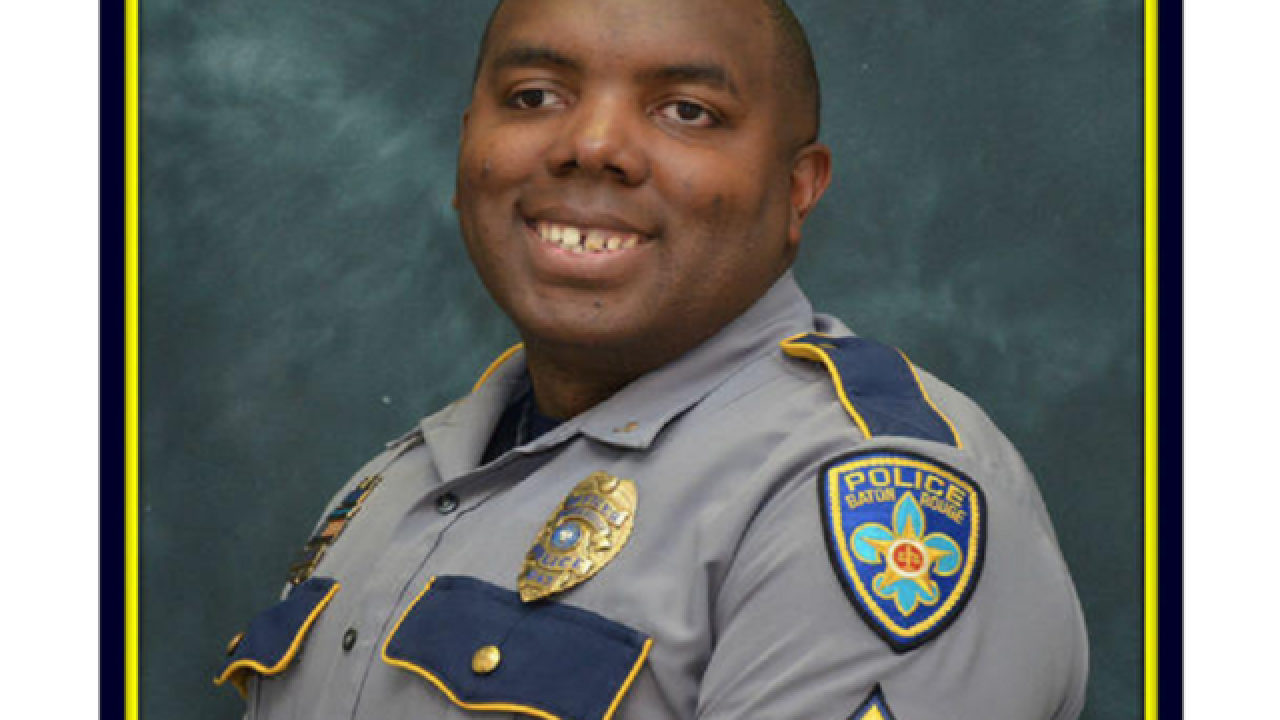 BATON ROUGE, La. (AP) — The last of the three Louisiana law enforcement officers killed in an ambush near a busy highway in Baton Rouge is being buried Monday.
Funeral services are planned for city police officer Montrell Jackson, a 32-year-old slain by a gunman who authorities said targeted law enforcement.
Just three days before his death, Jackson — married with a four-month-old son named Mason — wrote a Facebook post detailing how difficult it was for him to be both a black man and a police officer, describing himself as "tired physically and emotionally." He had been on the police force for a decade and had risen to the rank of corporal.
"I swear to God I love this city but I wonder if this city loves me. In uniform I get nasty hateful looks and out of uniform some consider me a threat," Jackson wrote.
He urged people not to let "hate infect your heart," and he ended with: "If you see me and need a hug or want to say a prayer. I got you."
Relatives described Jackson as a "gentle giant."
Baton Rouge residents have been mourning at a series of memorial and funeral services since Jackson, police officer Matthew Gerald, 41, and East Baton Rouge Parish sheriff's deputy Brad Garafola, 45, were killed in a July 17 shootout with masked former Marine, Gavin Long.
Long's attack came after the shooting death of a black man, Alton Sterling, by white police officers sparked protests around the city. Police say they don't know if Long was responding to that death, but they say he deliberately targeted officers.
Thousands of people and law enforcement officers from around the country filled seats at the Friday funeral service for Gerald and on Saturday for Garafola's funeral. A multi-agency public memorial service for all three officers is planned for Thursday.
Copyright 2016 The Associated Press. All rights reserved. This material may not be published, broadcast, rewritten or redistributed.