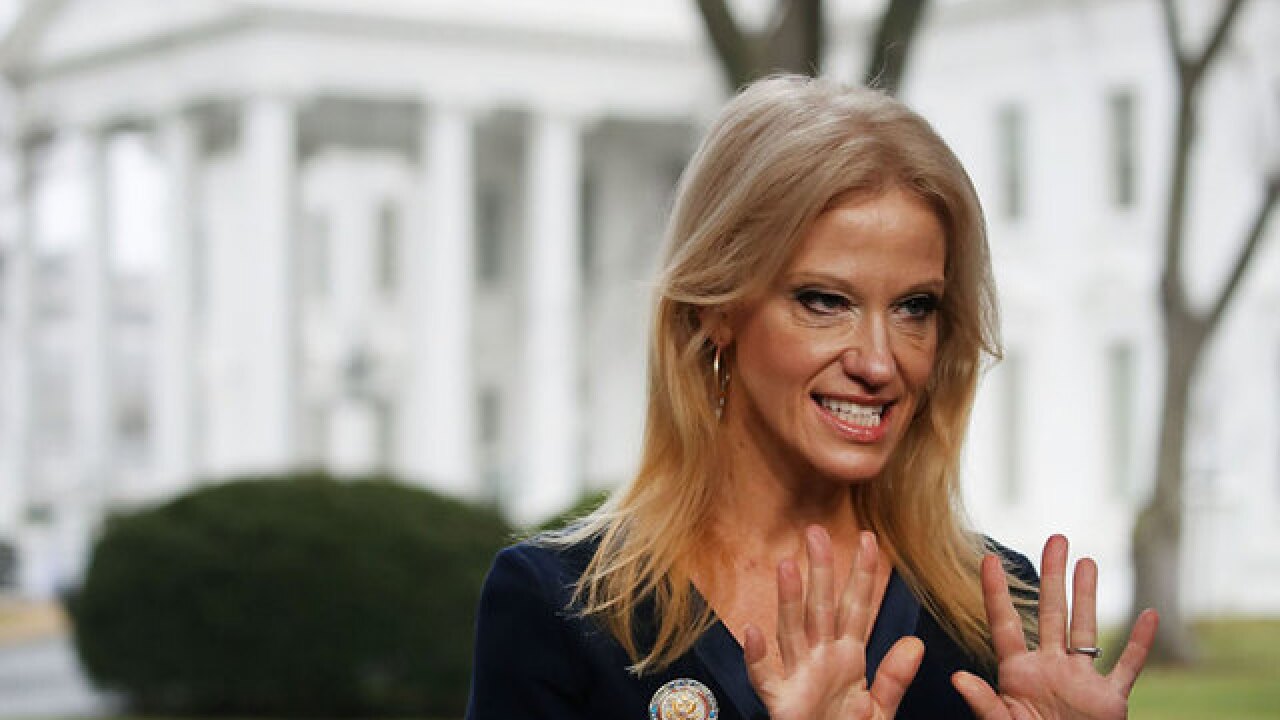 The President expressed to her in that meeting that he backed her up "completely," the official said. The official also said that the President "hated" the word "counseled" -- as was used by press secretary Sean Spicer in the White House briefing Thursday in reference to the White House response to Conway's comments.

Conway tweeted Friday that she had the President's support.

"POTUS supports me, and millions of Americans support him & his agenda," Conway tweeted, with a link to an Associated Press news story about the President's backing in the wake of the criticism for her comments.

"Go buy Ivanka's stuff, is what I would tell you," Conway said. "It's a wonderful line. I own some of it. I fully -- I'm going to just, I'm going to give a free commercial here: Go buy it today, everybody. You can find it online."

The comments could run afoul of a federal law that bars public employees from making an "endorsement of any product, service or enterprise, or for the private gain of friends, relatives, or persons with whom the employee is affiliated in a nongovernmental capacity."

Members of both parties called for an official review from a government watchdog of the comments.