John Boehner: 'Thank God I'm not in the middle of this' 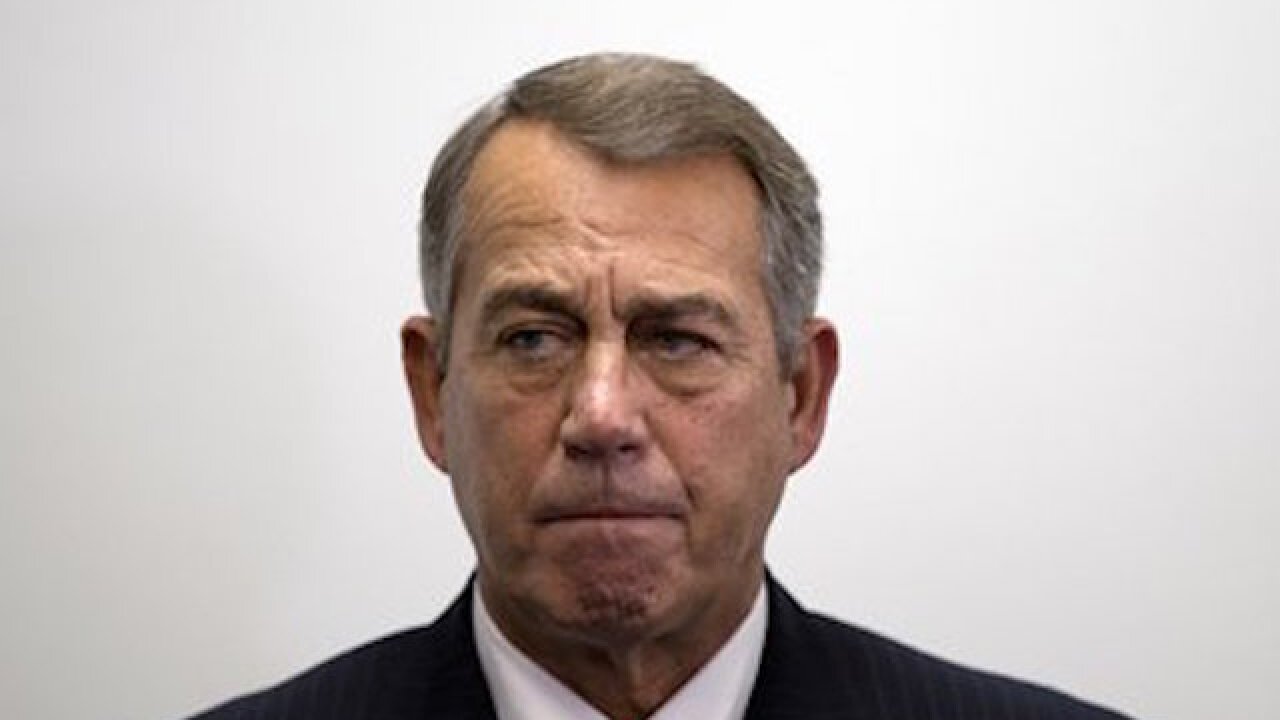 Evan Vucci
<p>In this Oct. 7, 2015, photo, outgoing House Speaker John Boehner of Ohio listens as House Majority Leader Kevin McCarthy of Calif., speaks during a new conference on Capitol Hill in Washington. Boehner wants out. He really does. But the Ohio House Republican is staying put, for now — and that could improve the chances for a debt limit increase by early next month to avoid a market-shattering government default and possibly a bipartisan budget deal to head off a government shutdown in December. (AP Photo/Evan Vucci)</p>

(CNN) -- Former House Speaker John Boehner says he is thankful that he did not have to participate in the 2016 presidential election.

"Every day I'd watch it and was like, 'Thank God I'm not in the middle of this,'" he told Cincinnati's WCPO in an exclusive interview . "It was the most bizarre political year that we've seen in 100 years."

The former Ohio lawmaker said he has no regrets about walking away from Congress in October 2015.

"There's nothing I would change about when I left or how I left," he said.

Boehner likened President-elect Donald Trump to a modern-day Teddy Roosevelt, calling the billionaire businessman a "larger than life" populist who wants to do "big things."

Before Trump won the Republican nomination, Boehner said the two were "texting buddies."

As early as May, Boehner was confident in Trump's ability to win the whole race.

"Anybody who doesn't think Donald Trump can win, just watch," he said then.