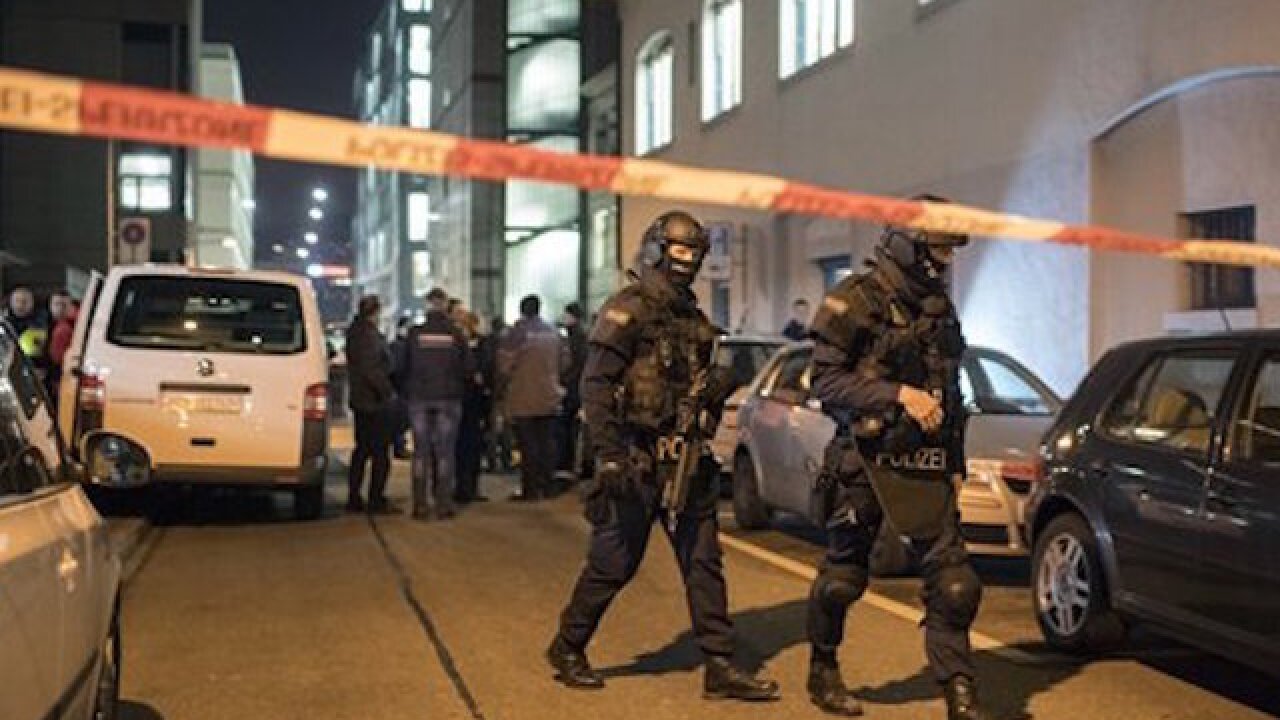 Copyright Associated Press
Ennio Leanza
<p>Special Unit Policemen secure the area in front of the Islamic center, in Zurich, Monday, Dec. 19, 2016. A Zurich police official says a gunman has injured several people in Switzerland's largest city. The official said police were swarming to the scene in pursuit of the gunman who remains at large. (Ennio Leanza/Keystone via AP)</p>

ZURICH (AP) — Several people were wounded in a shooting at a mosque frequented largely by Somali immigrants in Switzerland's largest city, and the suspect remains at large, Zurich police said Monday.

Police and ambulances swarmed to the scene near the city's rail station, blocked off a nearby road, and secured the Islamic Center.

On Twitter, the Zurich police department said: "Large operation after shooting at mosque in the Eisgasse. Several injured. Perpetrator on the run." It said the situation was under control and the wounded had been taken to hospital.

There were conflicting news reports about whether the shooting had taken place inside a prayer room itself, or outside.

A Zurich police official, speaking on condition of anonymity because he wasn't authorized to speak to reporters, said the shooting occurred near the intersection of Militaerstrasse and Eisgasse streets.

Attacks by gunmen are rare in Switzerland. The country was shaken in 2013 by at least two multiple-fatality shootings.

The country has a long-standing tradition for men to keep their military rifles after completing compulsory military service — which partly explains a high rate of gun ownership in the country of about 8.2 million people.