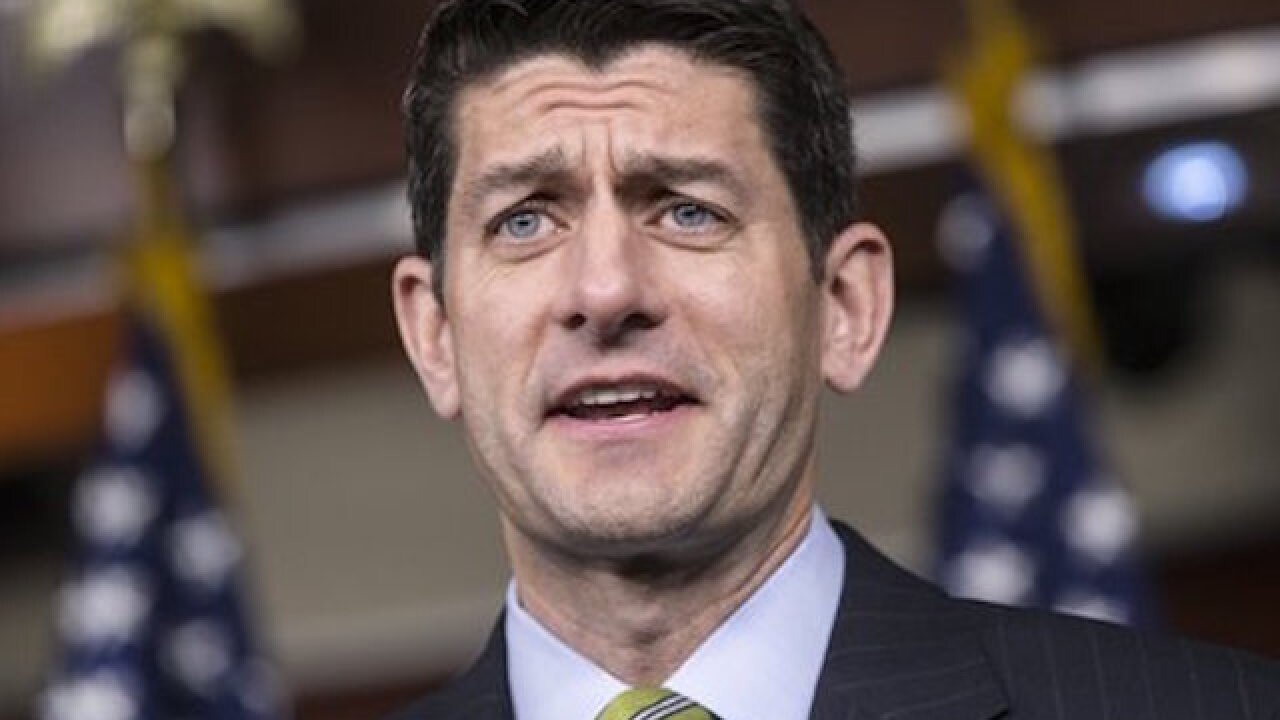 WASHINGTON (AP) — The House voted on Thursday to embrace the legal challenge to President Barack Obama's actions on immigration in an election-year fight over executive authority and the 11 million immigrants living in the United States illegally that has roiled the Republican Party.

Republicans who hold a commanding majority cast the issue as Obama exceeding his constitutional authority in unilaterally expanding programs for immigrants. They prevailed on a 234-186 vote that authorizes Speaker Paul Ryan, R-Wis., to file a friend-of-the-court brief in the case of United States v. Texas.

A lawsuit from 26 states, led by Texas, challenges Obama's actions, with the Supreme Court set to hear arguments next month and possibly rule in June.

"It is about the integrity of our Constitution," said Ryan, who maintained that any changes in the immigration system rests with Congress acting legislatively. "Those lines — that separation of powers — could not be clearer. But in recent years, the executive branch has blurred these boundaries, to the point of overstepping them altogether."

Democrats argued that Republicans are following the lead of GOP presidential front-runner Donald Trump. He has called for removing millions of immigrants living in the U.S. illegally, accused some Mexican immigrants of being rapists and murderers, and pledged to get Mexico to build a wall along the U.S. border.

"Why does the majority party not just say what they want? They want millions of immigrants deported," said Rep. Luis Gutierrez, D-Ill. "Out on the campaign trail on immigration we get lies and demagoguery from Republicans — plural."

After losing the Hispanic vote badly in the 2012 election, Republican leaders insisted that the party needed to be more inclusive for a diverse electorate if the GOP had any hope of winning the presidency. A bipartisan group of senators, including Rubio, crafted a broad overhaul of immigration that boosted border security, increased visas for legal immigrants and a provided a path to citizenship for the 11 million immigrants living in the country illegally.

The Senate approved the legislation, but the measure stalled in the House despite initial efforts that were quickly abandoned by former Speaker John Boehner, R-Ohio, then-Majority Leader Eric Cantor, R-Va., and Ryan.

Faced with the failure of the legislation, Obama acted in late 2014 to allow people who have been in the United States more than five years and who have children in the country legally to "come out of the shadows and get right with the law." He also announced the expansion of a program that affects people who came here illegally as children.

"The president has the right to take these administrative actions under the law," House Democratic leader Nancy Pelosi of California said Thursday on the House floor in arguing that former Republican President Ronald Reagan went further in his actions on immigration in the 1980s.

Outraged Republicans accused Obama of executive overreach and pointed to his previous steps to unilaterally changes his health care law. The GOP complained that Obama was behaving like a monarch, a criticism that energizes Republican voters.