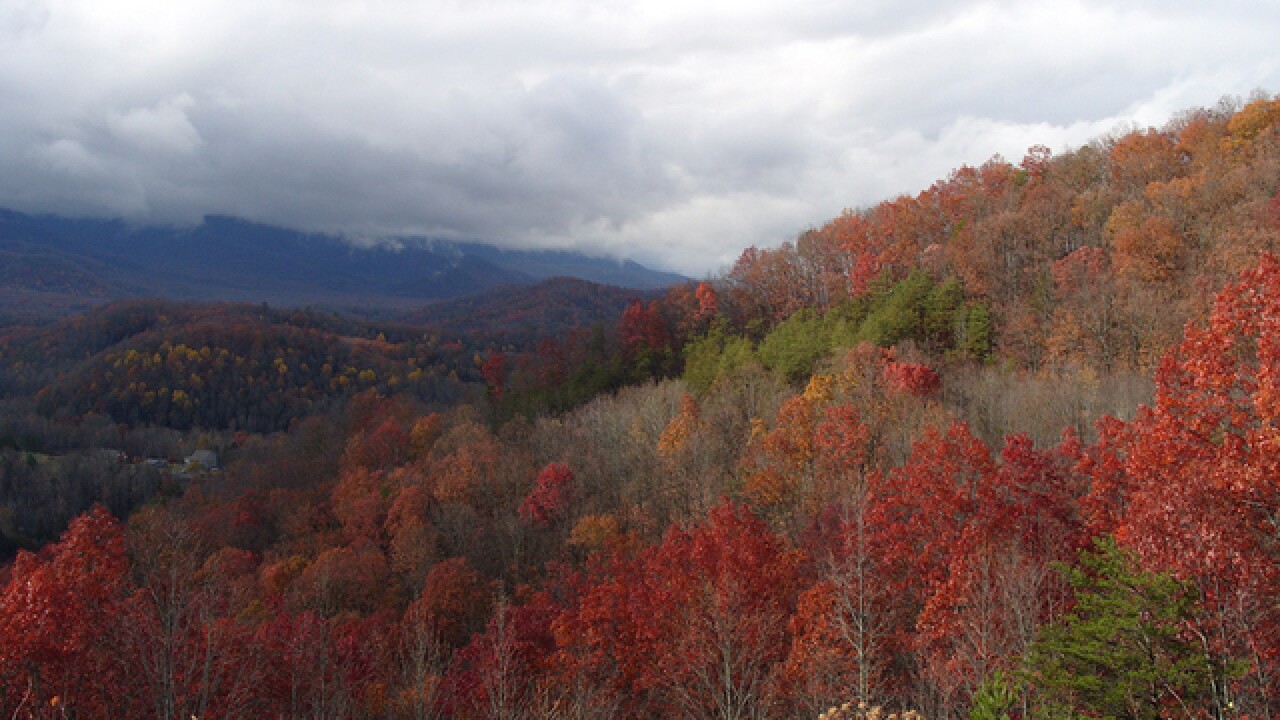 Fire crews on Tuesday morning battled dangerous fires that led to mandatory evacuations for Gatlinburg, Tennessee and other areas of the state.

Residents and tourists in Gatlinburg, Tennessee were being evacuated Monday night after a wildfire in Great Smoky Mountains National Park moved toward the popular tourist town. More than 14,000 people have been evacuated, according to Nashville-based WTVF.

Parts of nearby Pigeon Forge, Tennessee were also being evacuated.

Dean Flener with the Tennessee Emergency Management Agency said Monday night was “devastating” for the area.

So far, there have been no reports of any fatalities. A few injuries have been reported.

So far there are no fatalities and one report of a burn injury, according to the agency.

Officials at Dollywood said no flames have been reported within 100 feet of the property. The park remains evacuated.

By Monday afternoon officials said the fire had reached an estimated 500 acres. Citing a news release from the Great Smoky Mountains National Park, the Knoxville News Sentinel reported that average wind speeds in Gatlinburg were recorded at 40 mph and clocked in as high as 74 mph.

Statement from Pigeon Forge Emergency Management on mandatory evacuations. If you are in this area, follow these instructions. pic.twitter.com/W1TE5mkdA8

WTVF reported that the National Guard was mobilized to Sevier County, where the fires have threatened homes, businesses and resorts.

Rain was expected to reach the area soon. Officials concerned with falling trees closed roads along the Tennessee-North Carolina border,  according to the Charlotte Observer .

Meanwhile, the fire also reached the edge of Dolly Parton's theme park, Dollywood, where officials evacuated cabins along with the park's newest addition, the DreamMore Resort.

Rain is expected to fall in the area over the next few days, expected to begin Monday night and continue into Wednesday, the Charlotte Observer said.

At around 10 p.m. EST Monday, the heavy smoke had filled downtown Gatlinburg in Sevier County, which attracts 12 million visitors per year. The Great Smoky Mountains National Park is the most visited national park in the United States .

Photos from residents show a large fire alongside the busy Gatlinburg Parkway, which is a crowded roadway during peak tourist season. WTVF quoted Gatlinburg Fire Chief Greg Miller as urging the public to "pray" and stay off the highways.

According to WTVF, local schools were canceled Tuesday, while officials with the Great Smoky Mountains National Park issued an air quality advisory.

Meanwhile, a total of 18 wildfires were considered active in Western North Carolina on Monday, all mostly contained, the Charlotte Observer reported.

Investigators have said they believe fire is an arson, according to WATE television station .

Wind is fueling a fire just off the Gatlinburg Parkway. #prayforrain pic.twitter.com/HOrlwxpZYm

Thoughts out to #Gatlinburg and all of #Tennessee today. pic.twitter.com/byzqwhuIIb

There are dozens of brave men/women fighting this fire. Pray for #Gatlinburg pic.twitter.com/0SdC6MYf0y