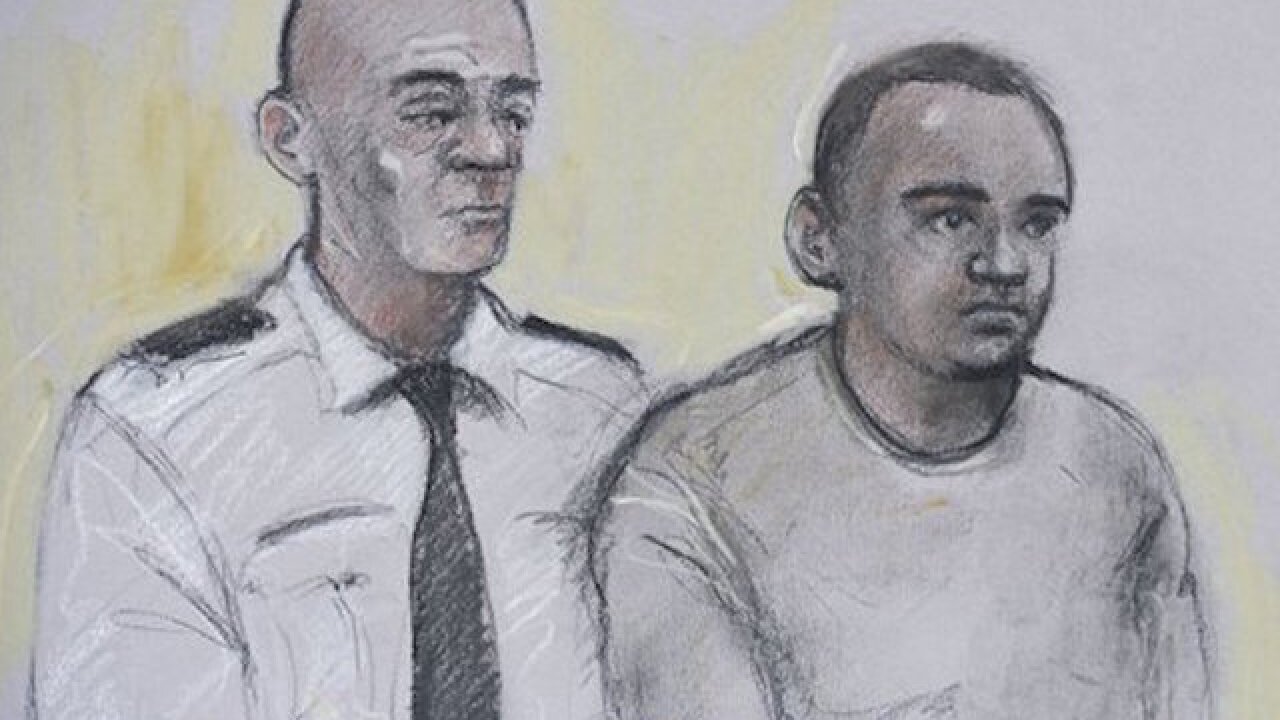 Copyright Associated Press
Elizabeth Cook
<p>This courtroom sketch by artist Elizabeth Cook shows Zakaria Bulhan, right, appearing at Westminster Magistrates Court in London, Saturday, Aug. 6, 2016. The 19-year-old Somali-Norwegian man is accused of carrying out a stabbing rampage in London's Russell Square and was remanded into custody Saturday after a court appearance in the British capital. Zakaria Bulhan of London is accused of slaying 64-year-old American Darlene Horton, a retired teacher. Bulhan also faces five counts of attempted murder in the attack on two Australians, an Israeli, an American and a British citizen. (PA via AP)</p>

LONDON (AP) — A retired San Jose firefighter who tried to grab the man who stabbed to death a retired teacher in London this week says anyone would have tried to stop the attack.

Martin Hoenisch, 59, said he was just a tourist who knew what to do in a dire situation — namely try to subdue a man wielding a knife Wednesday in London's Russell Square, near the British Museum. The suspect appeared in court Saturday and was ordered to be held until the next hearing.

Hoenisch told The Associated Press that he and his wife had just arrived in London and were walking back from a pub at about 11:30 p.m. when he saw a woman in distress. His first reaction was to step in front of his wife. Then he then tried to stop the attacker.

"I'm a firefighter. I'm a good guy," he said Saturday. "Any guy would try to stop this."

Bulhan also faces five counts of attempted murder in the attack that wounded two Australians, an Israeli, a British citizen and Hoenisch. The victims were named in court Saturday for the first time.

Bulhan, who moved from Norway to Britain as a child, mumbled his name, address and date of birth during the hearing Saturday at Westminster Magistrates Court. When asked if he understood the charges, he gave a thumb's up gesture. He will appear at the Central London Criminal Court on Aug. 9.

Hoenisch was resolute in suggesting that anyone would have acted as he did. He said he just tried to "get the guy" so that "when the police get here, we got him."

The attacker stabbed him in the right arm and just kept on running.

"He never broke his stride," Hoenisch said, adding that when he looked down his hand "was all red."

The attacker was finally subdued when police fired a stun gun after he refused orders to stop running.

Horton had been visiting London with her husband, Florida State University psychology professor Richard Wagner, who had been teaching summer classes in the city. The couple had been due to fly home the next day.

Although London has been on edge because of deadly attacks on the European mainland claimed by Islamic State extremists, London police say they've found no evidence of radicalization or links to terrorism in this case.

Hoenisch told family and friends on Facebook that he was saddened by what happened, calling it a "very unreal experience." But it won't change his opinion of the city on what was his first trip abroad. He just feels bad that he didn't get a chance to see more of the city while on his dream vacation.

"I freaking love London," he told the AP.