Everyone but NC lawmakers talking about LGBT law 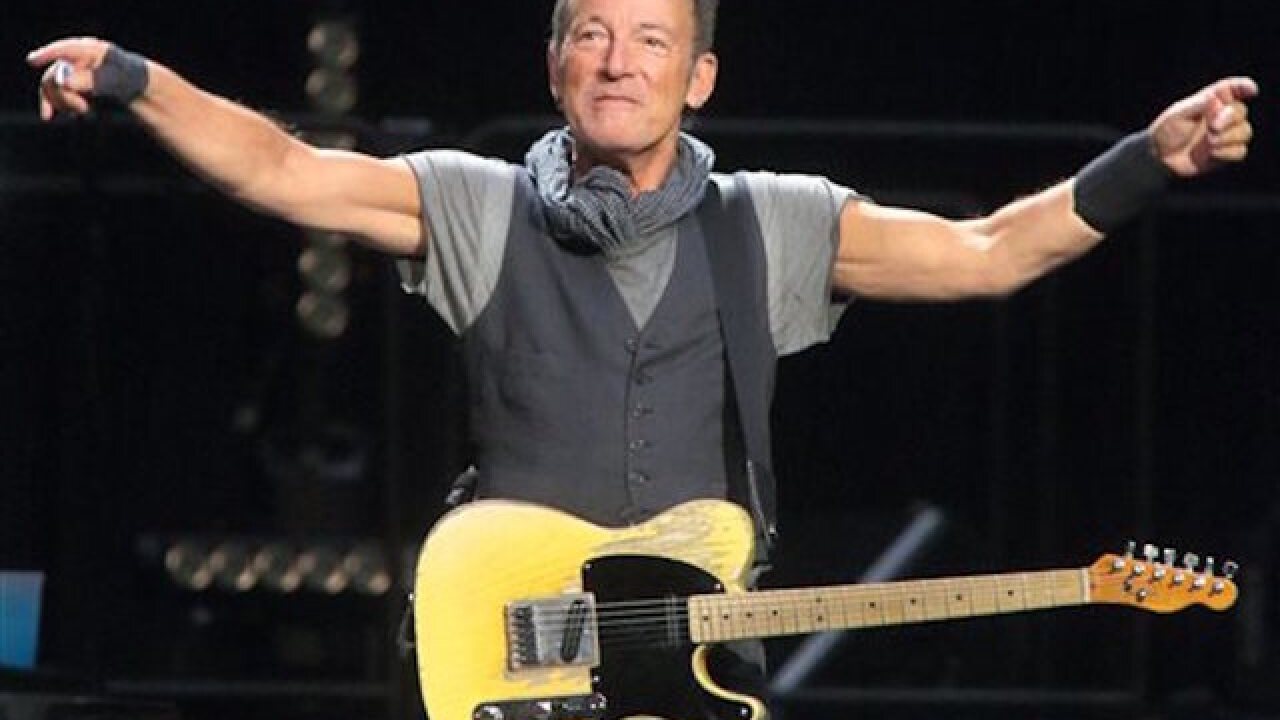 Copyright Associated Press
Owen Sweeney
<p>In this April 20, 2016 file photo, Bruce Springsteen performs in concert with the E Street Band during their ÏThe River Tour 2016Ó at the Royal Farms Arena in Baltimore. While the whole country is talking about the North Carolina law that limits protections for gay, lesbian, bisexual and transgender people, a new survey shows one group that largely refuses to discuss it: the lawmakers who passed it. The law has drawn widespread criticism from equality advocates and business leaders and even rock icons such as Springsteen, who canceled a concert. (Photo by Owen Sweeney/Invision/AP)</p>

RALEIGH, N.C. (AP) — While the whole country is talking about the North Carolina law that limits protections for gay, lesbian, bisexual and transgender people, a new survey shows one group that largely refuses to discuss it: the lawmakers who passed it.

Less than a third of the state's legislators answered in a statewide survey whether they'd prefer to amend the law or leave it as-is when their session starts Monday. A couple cited an impending Rotary meeting or preparations to run for Congress as reasons why they had no time to answer, while another simply hung up on a reporter in between questions.

The survey, conducted by reporters from seven newspapers and The Associated Press since April 13, consisted of three questions posed to all 168 current senators and representatives. Seeking a yes-or-no answer, the first asked: "Do you support revisiting House Bill 2 to possibly amend it during the regular session?" The second asked which parts they wanted to address, while the third sought any further comments.

Here's what one Republican who voted for the legislation, Rep. William Brawley, thought of the survey: "We read your questionnaire and believed it was a trap and I would not respond."

Overall, 41 lawmakers — mostly Democrats — said they favor revisiting the law. That's several more than the group — also mostly Democrats — who voted against it or left their chamber in protest the day it passed during a March special session.

The law says that in government buildings as well as public schools and universities, transgender people must use bathrooms corresponding with the gender on their birth certificate. It also excludes sexual orientation and gender identity from statewide antidiscrimination protections and overrules local nondiscrimination ordinances.

The law has drawn widespread criticism from equality advocates and business leaders and even rock icons such as Bruce Springsteen, who canceled a concert.

Eleven survey respondents said they weren't in favor of changing the law. Another 17 either declined to comment or offered an equivocal answer. The rest simply didn't answer their phones or return messages or emails.

Several sought to quickly get off the phone.

Reached at home, Rep. John M. Blust answered question No. 1 by saying: "I'm not looking at doing that right now."

The Republican, who voted for the state law, said he had no more time to talk because he was mired in work on his campaign for U.S. Congress in North Carolina's 13th District.

Republican Rep. Josh Dobson, who also voted for the legislation, said: "I usually refer everything to the Speaker's office," then hung up before a reporter could ask a follow-up question.

Rep. Pat Hurley politely said she was preparing for a Rotary meeting and asked a reporter to call back around 2 p.m. She didn't answer the second call.

Of 41 lawmakers on AP's portion of the list, a handful responded promptly. Twenty-eight never returned calls and emails to their legislative offices, followed by messages on home, mobile or business numbers.

Democratic Sen. Floyd McKissick of Durham, who wants the law repealed and left in protest when it passed, suggested some may be unwilling to talk out of embarrassment or loyalty to the Republican caucus.

"I've spoken to two that were not really happy with the bill to start with, but the pressure of the caucus to stick together is very strong," he said. "But none of them would ever speak publicly against their caucus."

One lawmaker not afraid to discuss his support for the bill is Sen. Jerry Tillman, who speaks with a frankness sharpened over seven terms in the chamber.

"I would not be for amending it," he said by phone. "We passed a good bill, and I'm ready to stand on that bill."

He added, "Right now I don't even feel like the mood is there to do any changes."

While Berger didn't respond to the survey, he discussed the likelihood of any changes with reporters Wednesday: "I don't know that I would at any point be ready to say we are going to make any changes. I just don't see the need for it."