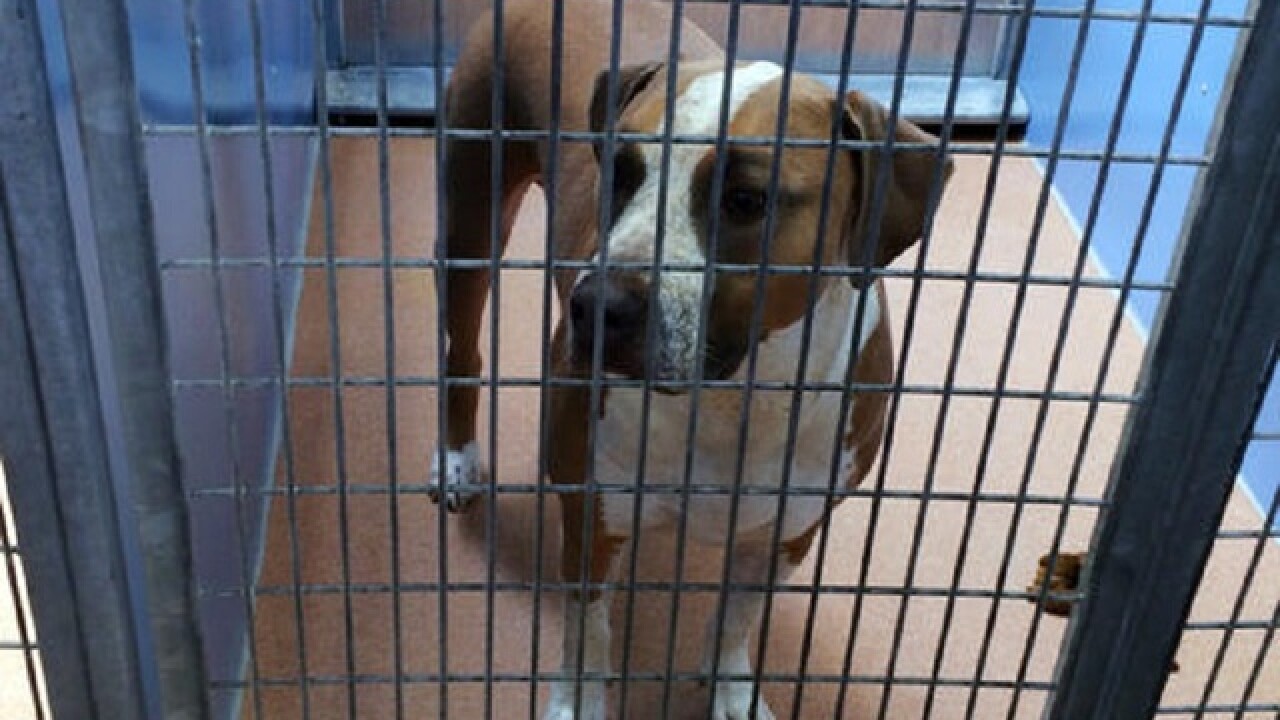 <p>This photo provided by the San Diego County Department of Animal Services shows a male American Staffordshire terrier-mix named Polo, in their custody after it mauled to death a 3-day-old boy, police said Friday, April 22, 2016. The parents were in bed watching TV with their newborn son and dog Thursday night when the mother coughed. The coughing startled the dog and it unexpectedly bit the baby, Sgt. Tu Nguyen said. (San Diego County Department of Animal Services via AP)</p>

SAN DIEGO (AP) — A family dog that killed a 3-day-old San Diego boy has been put down at the owners' request.
San Diego County animal control officials say the dog, Polo, was euthanized Wednesday morning.
The 2-year-old male was an American Staffordshire terrier-mix.
Authorities say the dog was in bed with Sebastian Caban and the baby's parents, who were watching TV, on April 21 when the mother suddenly coughed.
Family called 911 twice after baby mauled by pet dog, then drove to hospital
Authorities say that startled the dog and it bit the baby in the head.
The couple pulled the dog off the child. The parents made two unsuccessful 911 calls before becoming frustrated and driving Sebastian to the hospital, where he was pronounced dead.
The death has been ruled accidental.
Associated Press 2016