Doctors and hospitals ask patients to pay up before treatments 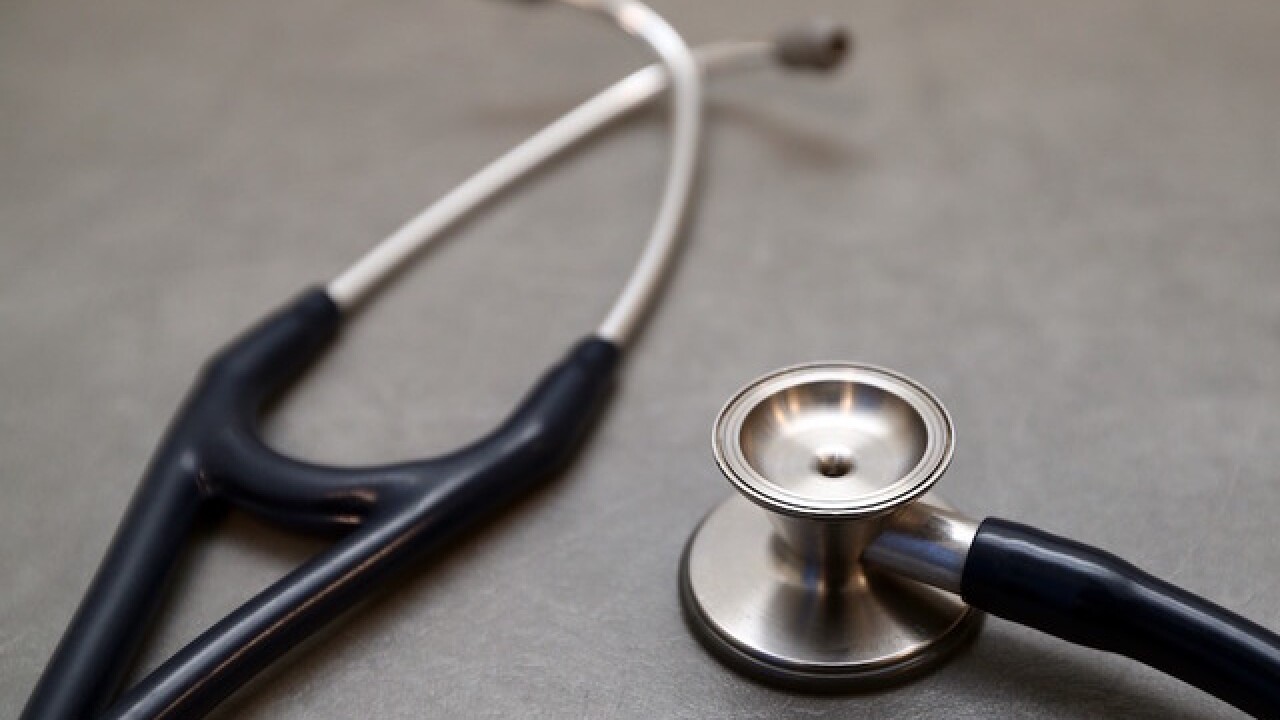 Copyright Getty Images
Carl Court
<p>LONDON, ENGLAND - DECEMBER 04: A stethoscope is pictured in a General Practitioners surgery on December 4, 2014 in London, England. Ahead of next years general election, the Chancellor of the Exchequer, George Osborne, has said he will put an extra ?2bn into frontline health services across the UK, ahead of a plan drawn up by NHS bosses calling for an extra ?8bn a year by 2020. In England, everyone would be able to see a GP seven days a week by 2020. (Photo by Carl Court/Getty Images)</p>

Boxley and her 13-year-old son have health insurance through her job as an administrative assistant in Tulsa, Oklahoma. But the plan has a deductible of $5,000 apiece, and Boxley's doctor said he won't do the surgery until she prepays her share of the cost. His office estimates that will be as much as $2,500. Boxley is worried that the hospital may demand its cut as well before the surgery can be performed.

"I'm so angry," Boxley said. "If I need medical care, I should be able to get it without having to afford it up front."

Approximately three-quarters of health care and hospital systems now ask for payment at the time services are provided, a practice known as "point-of-service collections," estimated Richard Gundling, a senior vice president at the Healthcare Financial Management Association, an industry group. He could not say how many were doing so for more highly priced services or for patients with high-deductible plans -- situations that would likely result in out-of-pocket outlays of hundreds or thousands of dollars.

Eyeing retailers' practice of keeping credit card information on file, "there's certainly been a movement by health care providers to store some of this information and be able to access it with patients' permission," said Mark Rukavina, a principal at Community Health Advisors in Chestnut Hill, Massachusetts, who works with hospitals on addressing financial barriers to care.

But there's a big difference between handing over a credit card to cover a $20 co-payment versus suddenly being confronted with a $2,000 charge to cover a deductible, an amount that might take months to pay off or exceed a patient's credit limit. Doctors may refuse to dispense needed care before the payment is made, even as a patient's health hangs in the balance.

The strategy leaves patients financially vulnerable, too. Once a charge is on a patient's credit card, they may have trouble contesting a medical bill. Likewise, a service placed on a credit card represents a consumer's commitment that the charge was justified, so nonpayment is more likely to harm a credit score.

"For providers, there's more risk with these higher deductibles, because the chance of being able to collect it later diminishes," Gundling said.

The higher their deductible, the less likely patients are to pay what they owe, according to an analysis of 400,000 claims by the Advisory Board, a health care research and consulting firm.

While more than two-thirds of patients with a deductible of less than $1,000 were likely to pay at least some portion of what they owe, just 36% of those with deductibles of more than $5,000 did so, the analysis found.

Boxley pays $110 a month for her family plan. She could not afford the premiums on plans with lower deductibles that her employer offered. She plans to talk with the doctor and hospital about setting up a payment plan so she can get the surgery in January.

"I'll make payments," Boxley said, although she acknowledged what she could pay monthly would be small. If that doesn't pan out, she figures she'll have to use student loan money she got for graduate school to cover what she owes.

But the practice leaves many patients resentful.

After arriving by ambulance at a hospital near her home in Maitland, Florida, Susan Bradshaw lay on a gurney in her hospital gown with a surgical bonnet on her head, waiting to be wheeled into surgery to remove her appendix. A woman in street clothes approached her and identified herself as the surgeon's office manager. She demanded that Bradshaw make her $1,400 insurance payment before the surgery could proceed.

"I said, 'You have got to be kidding. I don't even have a comb,'" Bradshaw, a 68-year-old exhibit designer, told the woman on that night eight years ago. "I don't have a credit card on me."

The woman crossed her arms and Bradshaw remembers her saying, "You have to figure it out."

As providers aim to maximize collections, many contract with companies that help doctors and hospitals secure payments up front, often providing scripts that prompt staff to talk with patients about their payment obligations and discuss payment scenarios as well as software that can estimate what a patient will owe.

But as hospitals and doctors push for point-of-service payments, the risk is that patients will delay care and end up in the emergency room, Rukavina said.

"Patients are essentially paying for their procedures up front," he said. "It may not be a significant amount compared to their salary, but they don't necessarily have it available at the time of service."

Still, experts say that trying to pin patients down for payment in more acute settings, such as the emergency department, may cross a line.

Under the federal Emergency Medical Treatment and Labor Act (EMTALA), a patient who has a health emergency has to be stabilized and treated before any hospital personnel can discuss payment with them. If it's not an emergency, however, those discussions can occur before treatment, said Dr. Vidor Friedman, an emergency physician who is the secretary-treasurer of American College of Emergency Physicians' board of directors.

Bradshaw finally got her appendix removed by calling a friend, who read his MasterCard number over the phone. The surgery was uneventful, and Bradshaw was home within 24 hours.

"It's a very murky, unclear situation," Friedman said of Bradshaw's experience, noting that a case might be made that her condition wasn't life threatening. "At the very least it's poor form, and goes against the intent if not the actual wording of EMTALA."