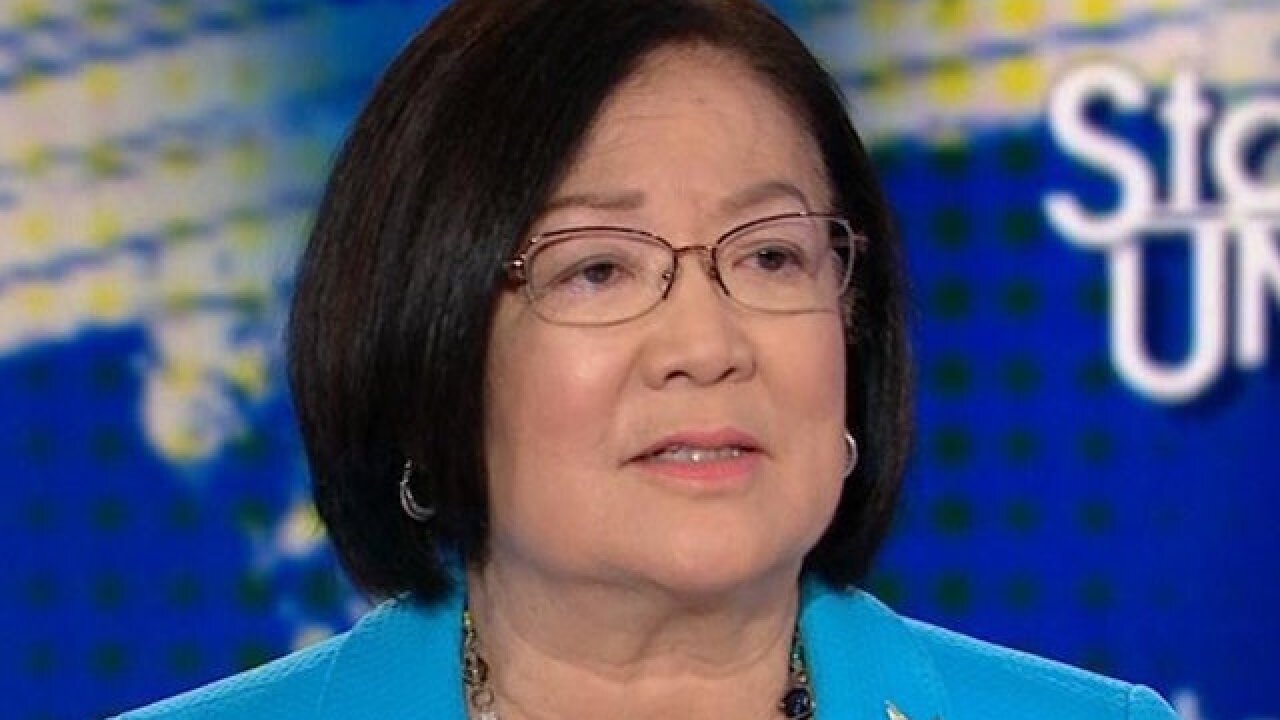 Hawaii Democratic Sen. Mazie Hirono on Sunday called for an investigation into allegations of physical and emotional abuse against former Minnesota Democratic Rep. Keith Ellison, who is running for attorney general of Minnesota.

Ellison has denied the allegations and suggested they were politically motivated -- coming just days before Minnesota's Democratic primary for attorney general.

Hirono, who serves on the Senate Judiciary Committee, has emerged as a tough critic of Supreme Court justice nominee Brett Kavanaugh in part over an allegation that he sexually assaulted a woman, Christine Blasey Ford, more than 30 years ago when they were both in high school. Kavanaugh has denied the allegation.

Asked whether Democrats would be more credible in their pursuit of an investigation of the allegation against Kavanaugh if they were outspoken about similar charges against Ellison, Hirono said a probe into Ellison's behavior is appropriate.

"I have been very clear that I make no excuses for anybody who engages in this kind of behavior. And, as far as Keith Ellison, these allegations need to be investigated, and appropriate action taken," Hirono told CNN "State of the Union" anchor Jake Tapper.

In August, Austin Monahan, the son of Ellison's ex-girlfriend, Karen Monahan, alleged that the congressman abused his mother in the course of the relationship.

Monahan said he found a video on his mother's computer showing Ellison swearing at her and dragging her off a bed. CNN asked to view the video, but Karen Monahan said she misplaced it while moving.

Ellison claims the video does not exist because he "never behaved in this way, and any characterization otherwise is false."

The Democratic National Committee, of which Ellison is the deputy chair, said in a statement to NPR in August that they are reviewing the allegations.