Clerks to count votes in messy Wisconsin election, but many ballots may be thrown out 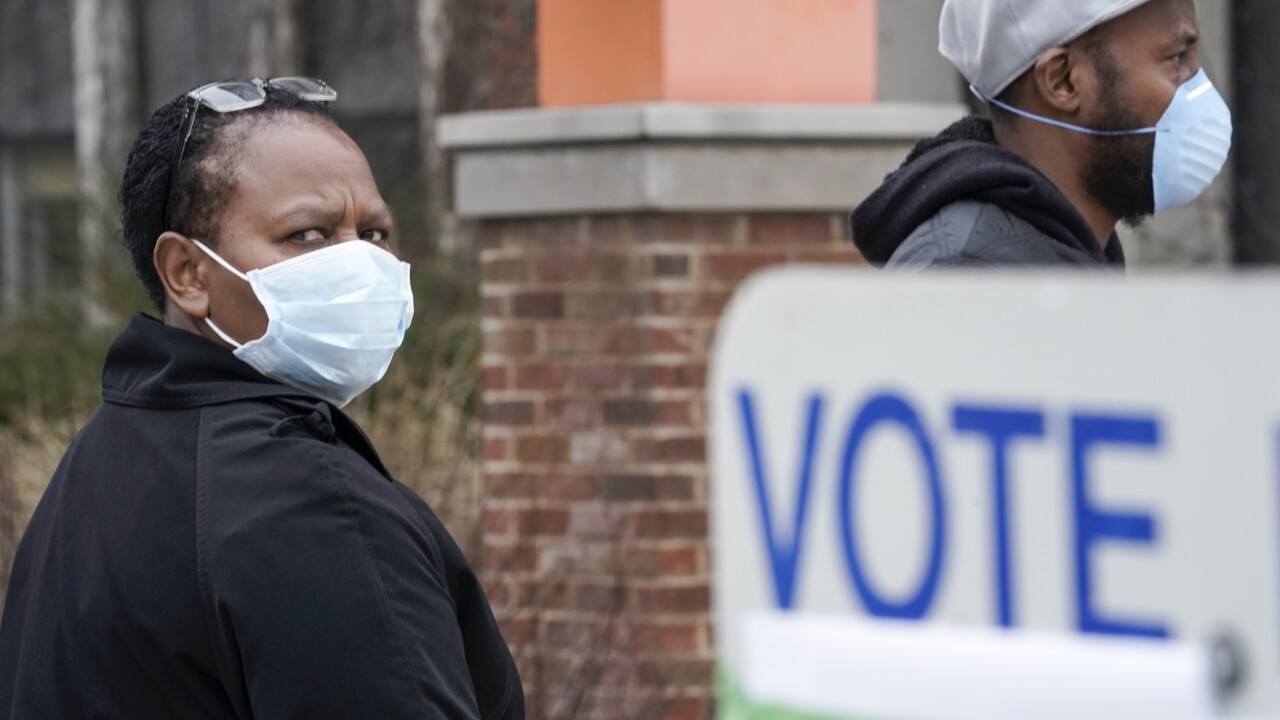 Copyright 2020 The Associated Press. All rights reserved.
Morry Gash/AP
Voters masked against coronavirus line up at Riverside High School for Wisconsin's primary election Tuesday April 7, 2020, in Milwaukee. The new coronavirus causes mild or moderate symptoms for most people, but for some, especially older adults and people with existing health problems, it can cause more severe illness or death. (AP Photo/Morry Gash)

Unlike many other states, Wisconsin’s primary election went forward despite public health risks regarding the coronavirus pandemic.

Many voters complained that they had requested absentee ballots for the election that never arrived, forcing them to choose between not casting a vote or risking infection by voting in person.

District Judge William Conley rejected a plea by Democrats and liberal groups to postpone the election, but ordered an extended period for absentee voting and barred clerks from counting the returns until Monday.

SCOTUS also decided that absentee ballots, requested in record numbers, had to be postmarked by midnight on Election Day, April 7. The problem is, many ballots don’t have a postmark at all, meaning the ballots of thousands of Wisconsin voters may be thrown out, the Milwaukee Journal Sentinel and Vox report.

The race between Joe Biden and Bernie Sanders became moot after Sanders dropped out the day after Wisconsin's election.

However, a critical state Supreme Court contest and hundreds of local races were also at stake, which fueled the fight between Democrats and Republicans on whether the election should have been held.

Republicans were accused of wanting to keep the election date the same to, in part, suppress voter turnout in more liberal areas, boosting the conservative candidate’s chances to take the spot on the court.

The Wisconsin election solidified what’s expected to be a high-stakes, state-by-state legal fight over how citizens can safely cast their ballots if the coronavirus outbreak persists into the general election in November.

Democrats are arguing for states to be ready to shift to much greater use of absentee and mailed ballots, while Republicans are raising the specter that such elections could lead to increased fraud.