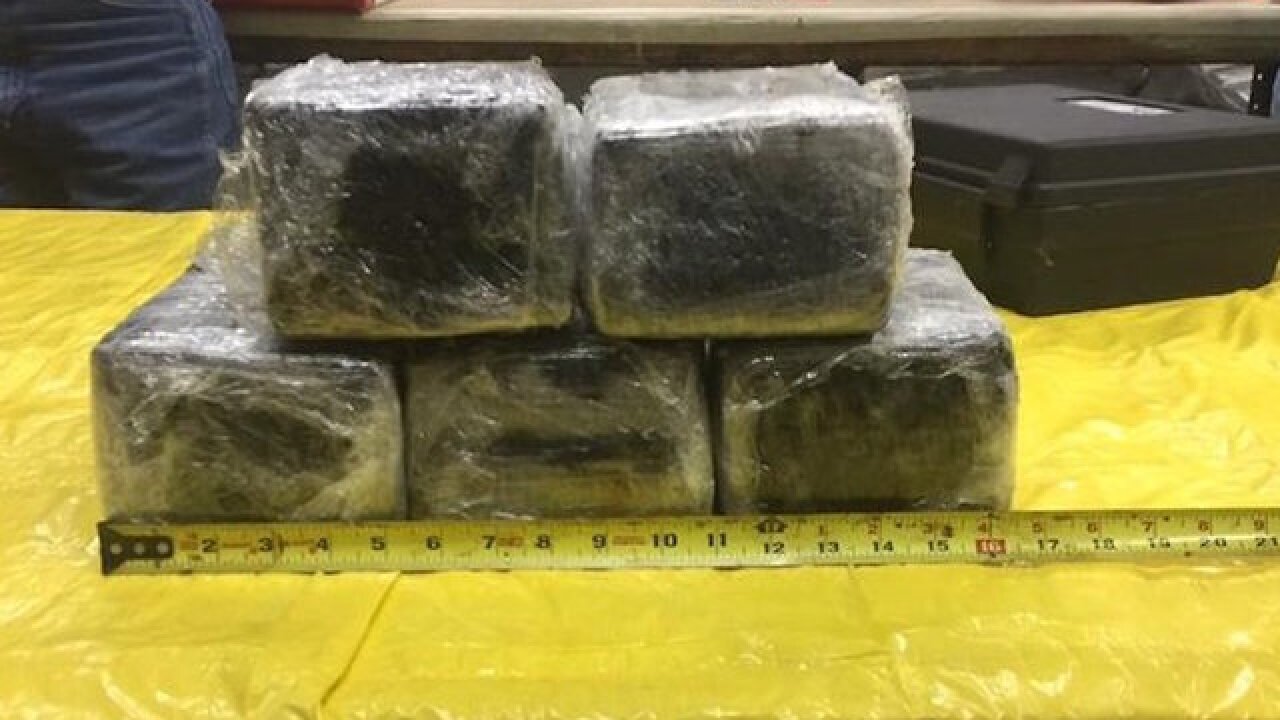 (CNN) -- Seven bricks of cocaine with a street value of at least $200,000 were discovered in the nose of an American Airlines plane that flew from Colombia to Oklahoma, Tulsa County Sheriff's Office said in a statement.

The technician moved aside the insulation, spotted the drugs, and called the sheriff's office, the department said.

The bricks were covered in wheel grease that appeared to have been applied to the bricks to ward off drug dogs, said Casey Roebuck, communications director for the Tulsa County Sheriff's Office.

About 14 kilos -- 31 pounds -- of cocaine was removed from the plane, the sheriff's office said.

Because of the sophistication of the operation, authorities believe it is cartel-related, Roebuck said. The Drug Enforcement Administration in Miami is now investigating.

An American Airlines spokesman said the company's corporate security team is working with law enforcement during the investigation.