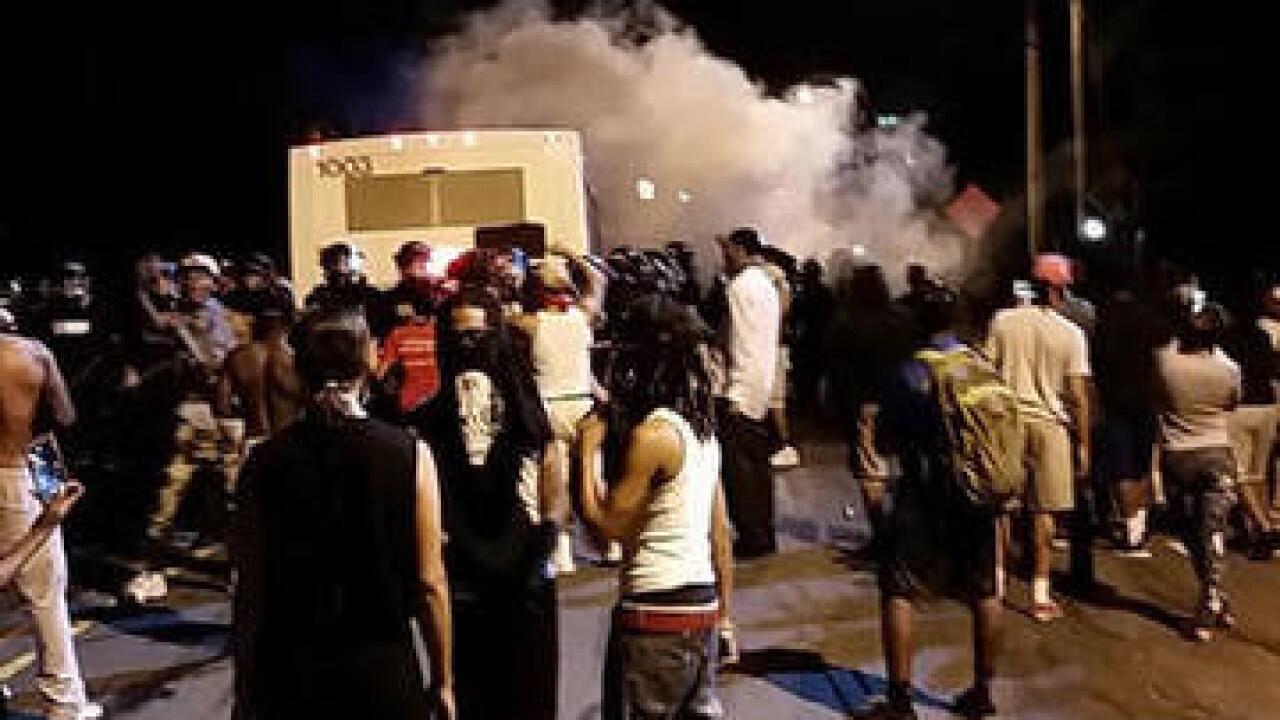 Copyright Associated Press
Ely Portillo
<p>Police fire tear gas into the crowd of protesters on Old Concord Road late Tuesday night, Sept. 20, 2016, in Charlotte, N.C. A black police officer shot an armed black man at an apartment complex Tuesday, authorities said, prompting angry street protests late into the night. The Charlotte-Mecklenburg Police Department tweeted that demonstrators were destroying marked police vehicles and that approximately 12 officers had been injured, including one who was hit in the face with a rock. (Ely Portillo/The Charlotte Observer via AP)</p> 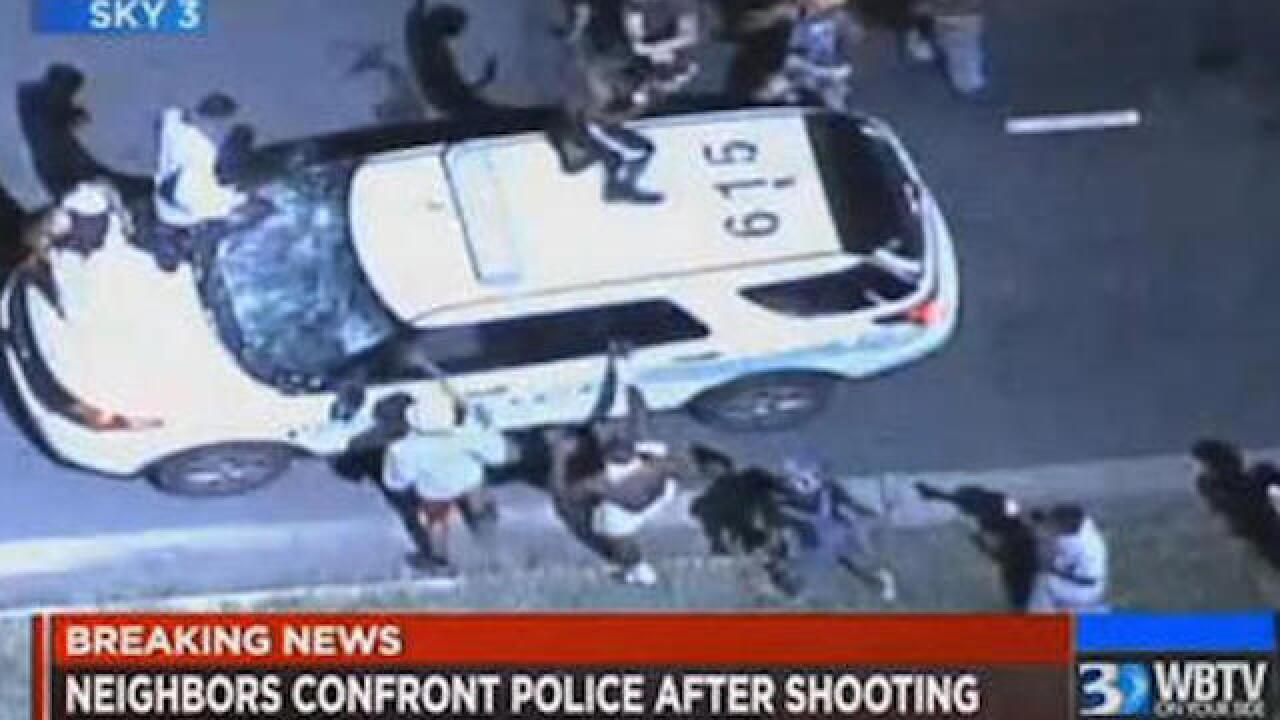 CHARLOTTE, N.C. (AP) — Authorities used tear gas to disperse protesters in an overnight demonstration that left about a dozen officers injured in North Carolina's largest city and shut down a highway after the fatal shooting of a black man by Charlotte police who said he was armed and posed a threat.

The protests broke out Tuesday after 43-year-old Keith Lamont Scott was fatally shot by a black officer at an apartment complex on the city's northeast side. They continued into early Wednesday morning, when TV footage showed dozens of protesters on Interstate 85 apparently looting semi-trucks and setting their contents on fire on the highway.

Charlotte officers gave the man multiple warnings to drop the gun before shooting him, the city's police chief said.

Neither the North Carolina Highway Patrol nor Charlotte police could immediately be reached for comment about the Wednesday morning protests. The North Carolina Department of Transportation website showed a portion of I-85 near the University of North Carolina Charlotte campus was closed in both directions early Wednesday. The website said the closure was due to police activity.

Tuesday night, a larger group of demonstrators gathered near the scene of the shooting. The Charlotte-Mecklenburg Police Department tweeted that demonstrators were destroying marked police vehicles and that approximately 12 officers had been injured, including one who was hit in the face with a rock. A report from the Charlotte Observer stated that 16 officers were injured.

Photos and TV video showed police firing tear gas to break up the crowd. Some officers were in riot gear.

By 5 a.m. Wednesday, the streets were quiet with no protesters in sight and I-85 was moving again. Broken glass and rocks littered the ground where a police car had been vandalized. Less than 5 miles away, wooden pallets barricaded the entrance of a Wal-Mart that had apparently been looted.

The unrest in Charlotte came just hours after another demonstration in Tulsa, Oklahoma, over the shooting there of an unarmed black man by police.

Charlotte police officers went to the complex about 4 p.m. looking for a suspect with an outstanding warrant when they saw Scott — who was not the suspect they were looking for — inside a car, department spokesman Keith Trietley said in a statement.

Officers say they saw Scott get out of the car with a gun and then get back in, Trietley said. When officers approached, the man exited the car with the gun again. At that point, officers deemed the man a threat and at least one fired a weapon, he said.

Scott was taken to Carolinas Medical Center and pronounced dead.

Officer Brentley Vinson, who shot Scott, has been placed on administrative leave, which is standard procedure in such cases. Vinson has been with the department for two years.

Detectives recovered a gun at the scene and were interviewing witnesses, Trietley said.

Police blocked access to the area, which is about a mile from the campus of the UNC at Charlotte, as protesters gathered after the shooting.

Video from WCCB-TV in Charlotte showed police in riot gear stretched across a two-lane road confronting protesters at the apartment complex later in the night. Some of the officers flanked the main line on one side of the road.

Some protesters were heard yelling "Black lives matter," and "Hands up, don't shoot!" One person held up a sign saying "Stop Killing Us."

Other footage showed protesters lingering around a police vehicle after shattering its windows.

One television news crew retreated from the scene after demonstrators began rocking their remote van, which was parked near the apartment complex where the shooting occurred.

In Tulsa, hundreds of people rallied outside police headquarters calling for the firing of police officer Betty Shelby, who shot 40-year-old Terence Crutcher on Friday during a confrontation in the middle of a road that was captured on police dashcam and helicopter video.

Shelby's attorney has said Crutcher was not following the officers' commands and that Shelby was concerned because he kept reaching for his pocket as if he were carrying a weapon. An attorney representing Crutcher's family says Crutcher committed no crime and gave officers no reason to shoot him.

Local and federal investigations into that shooting are ongoing.