Carter presses Gulf nations to do more in Iraq 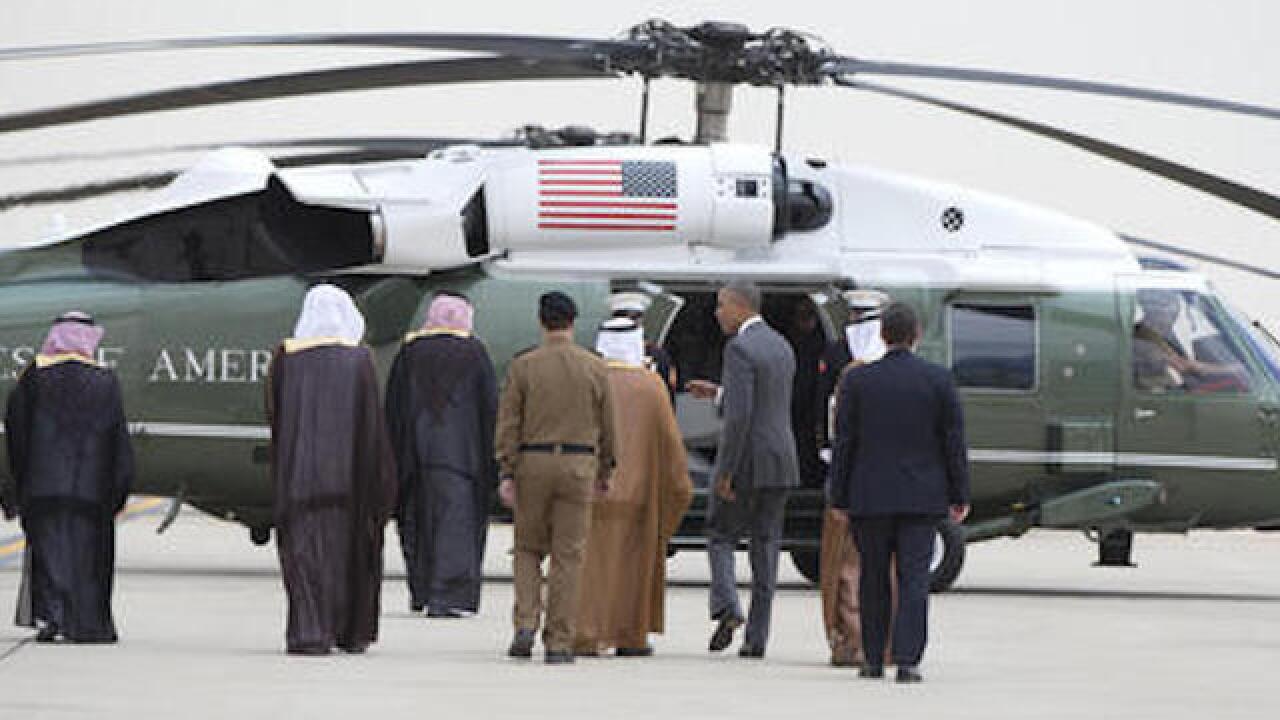 In a series of sessions, Carter urged the Arab countries to specifically help with the reconstruction of cities of Ramadi and Hit as well as Anbar province, areas that have been won back from the militant group but left in near-shambles. He said helping the Iraqi people go home and rebuild their lives would lead to a more lasting victory and promote a more inclusive government.

The defense ministers' meeting was aimed at laying the groundwork for a summit Friday among President Barack Obama and heads of state from the Arab countries.

A senior defense official said the defense chiefs had a robust discussion, but came to no solid agreements on the increased aid.

The official said it appears the Gulf nations will be willing to consider doing more. But the Sunni leaders want to wait until they see more political improvements in Baghdad and greater participation and aid for the Sunni population before they agree to do more. Iraq is a Sunni-majority country with a Shiite-led government.

The U.S. has been unhappy with what the Gulf nations have been willing to do in the fight, both with their military forces and financial contributions.

In recent comments to The Atlantic Magazine, Obama described Gulf countries, among others, as "free riders" that show "an unwillingness to put any skin in the game" when it comes to their own regional security. Those comments have chilled Obama's welcome at the summit.

And, while Saudi Arabia, the United Arab Emirates and other Gulf states are part of the U.S.-led coalition battling the Islamic State group in Iraq and Syria, they have done only limited airstrikes in Syria.

Carter told a news conference later that Sunni support for a multi-sectarian government in Iraq will insure that the Islamic State group "stays defeated."

"What we would like, and what we discussed today, is to do more," said Carter, who spoke at Diriyah Palace alongside Gulf Cooperation Council Secretary-General Abdullatif al-Zayani.

The ministers also reaffirmed ways that their militaries can work more together, including in training, exercises and missions with their special operations and naval forces.

One proposal would have each country designate a special operations unit to go through enhanced training so it could work more closely with all the other nations.

The ministers also talked about ways to counter threats from Iran — a high priority for the Gulf countries who have been dismayed with the U.S. move to reduce sanctions on Tehran in exchange for the nuclear agreement.

Al-Zayani said at the news conference that Carter expressed the U.S. commitment to stand with the Gulf nations against Iranian threats, including weapons smuggling into countries such as Yemen.

The U.S. official said that the U.S. wants to see a continued push to interdict the weapons shipments from Iran to insurgent groups in Yemen and other areas. The official was not authorized to discuss the issues publicly ahead of the meeting, so spoke on condition of anonymity.

U.S. officials also want Gulf nations to have a more formal diplomatic presence in Baghdad, arguing that involvement with the Shiite-dominated Iraqi government will decrease the deep sectarianism fracturing the country.

There have been significant investments in the region's air forces in recent years, but the widely dispersed fight against Islamic State militants in Iraq and Syria requires a greater emphasis on special operations missions and naval forces, said the official.